At Mont Rochelle, we cultivate and nurture various grape varieties including Sauvignon Blanc, Chardonnay, Syrah and Cabernet Sauvignon amongst a few others that are used for blending purposes to add complexity. The vineyards are situated between 250m and 400m above sea level exposing the grapes to a range of micro climates. Mediterranean-like conditions found in the Western Cape means dry summers and high winter rainfalls of 1000mm. The Franschhoek Valley also experiences the south-easter which helps bring in cooler air allowing for a longer ripening period. A Franschhoek style Sauvignon Blanc which is represented by tropical fruit aromas and a broad palate that has lovely freshness. Pale straw with green tinges. This wine displays passion fruit, grape fruit, guava and lemon rind on the nose. The palate is layered with complexity and mouth coating texture, whilst still offering a fresh and zesty appeal. Youthful in appearance, on the nose there is generous amounts of violets, black fruits, pepper and spice. The palate displays some meaty, leathery and blackcurrant notes and yet remains very fresh and elegant with a well-rounded and polished tannin profile. Our Little Rock Rouge 2017 is a blended wine of mostly Cabernet Sauvignon and Merlot with dollops of Syrah all lending a helping hand to the final blend. This wine strikes a perfect balance between easy-drinking and complexity showing a balanced fruit profile and a smooth, soft palate. We create this wine to be enjoyed for all occasions! Little Rock Blanc 2020 was blended and bottled to be enjoyed every day, and is therefore a blend of three different cultivars, namely Sauvignon Blanc, Viognier, and Semillon.

This blend of three cultivars combines harmoniously to produce a fresh and textured wine that has a pale straw green colour and shows complex fruit aromatics of granny smith apples, peaches, apricots and pineapple. The palate is elegant with balanced texture and acidity. This is an alluring wine that is both approachable and generous in all respects. Miko White is produced in honour of the late Mr. Miko Rwayitare, Miko Whites are only produced in exceptional vintages, ensuring that the best wine possible is bottled in Miko’s memory. Minimal intervention in the cellar ensures that all Miko wines are the ultimate expression of Mont Rochelle terroir.

Straw green colour with golden hues. The nose conjures images of beautiful stone fruit nuances with lovely fresh citrus lime tones, including butterscotch, oatmeal and honey. The palate is complex and is well balanced by a finely judged and elegant toasty oak component. The Miko Red is produced in honour of the late Mr. Miko Rwayitare, Miko Reds are only produced in exceptional vintages, ensuring that the best wine possible is bottled in Miko’s memory. Minimal intervention in the cellar ensures that all Miko wines are the ultimate expression of Mont Rochelle terroir.

Remarkably youthful with both purple and garnet hues, a classic red blend boasting black fruits, spice and savoury aromatics with flavours of blackcurrant, olive and tapenade on a silky tannin profile. This Cabernet Sauvignon is classic in style with a lovely tannin structure and nuances of eucalyptus, cassis and blackcurrants. This wine is ready for drinking but will most definitely benefit from careful cellaring for at least 10 years from vintage. Ruby red with youthful purple hues, this wine displays an array of classic cigar box characteristics that are neatly integrated with layers of black fruits. The palate is a delicate balance of opulent fruit and acidity with tannins that are well defined and silky in texture. Pale straw colour with golden hues, the 2017 Mont Rochelle Chardonnay displays flinty, mineral and white stone fruit like
characteristics on the nose. There are hints of citrus and pear on the palate which is refreshingly long and angular on the finish.

Explore the world of wine at Mont Rochelle

We can organise wine tastings in a variety of locations, including in Miko Restaurant, at our bar, at the Country Kitchen and in our wine cellar (as you might expect!). 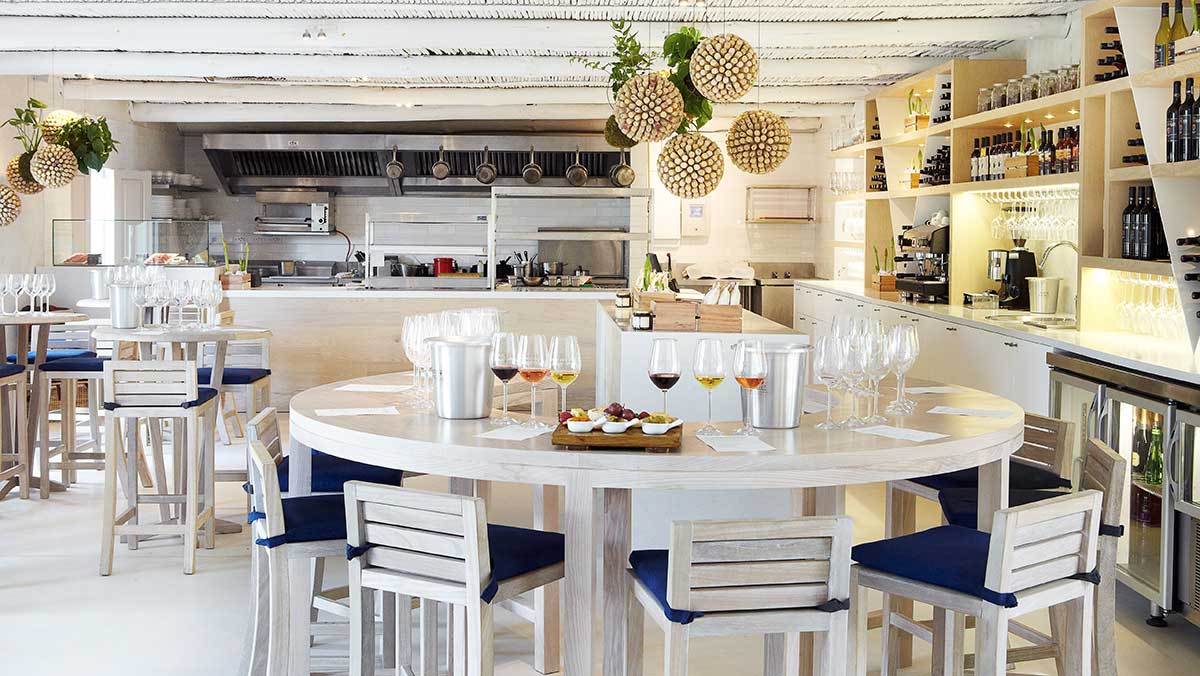 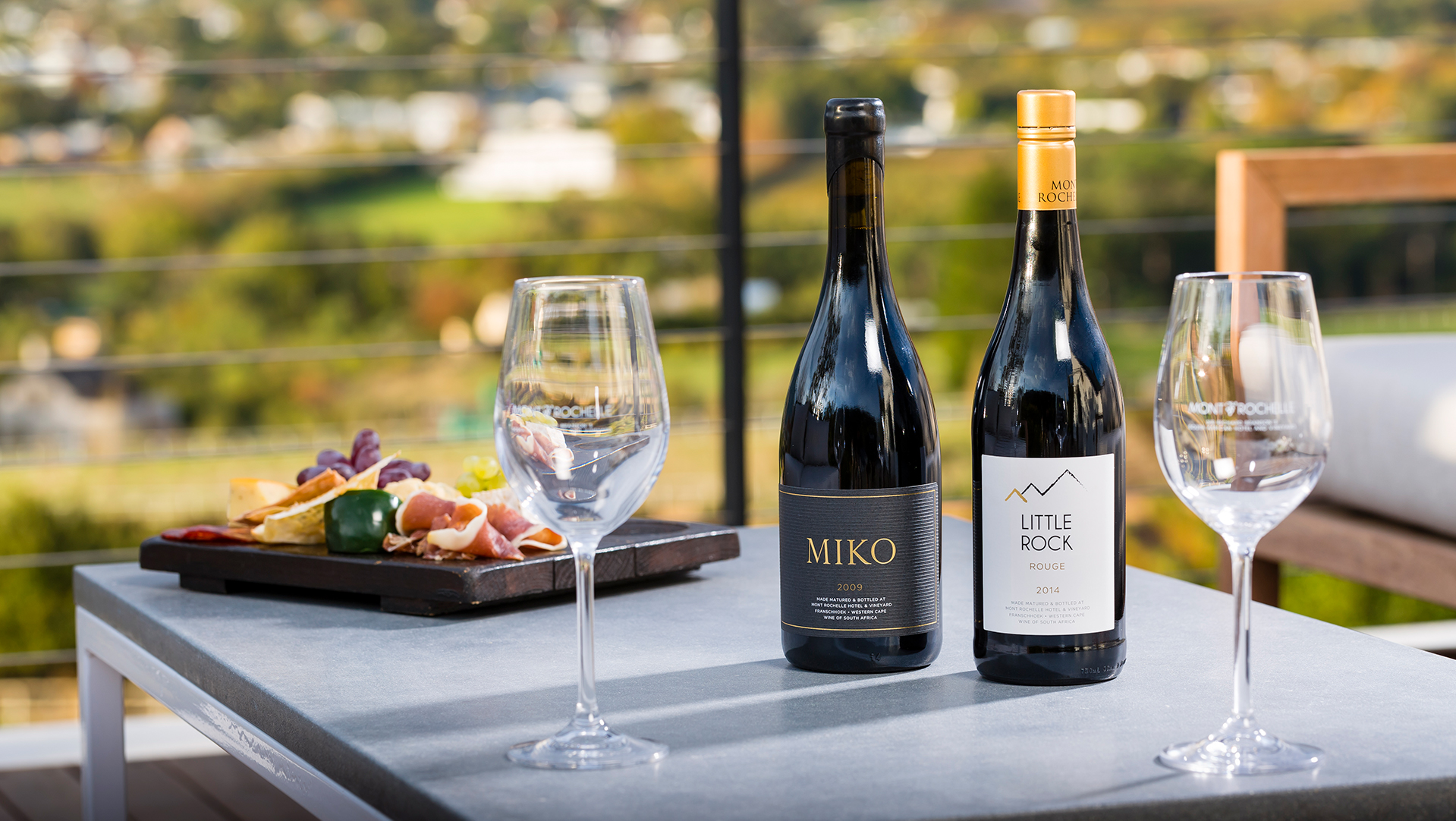 If you fancy trying our delicious Mont Rochelle wines from the comfort of your own home, follow the link below to purchase our wines from our South African distributor, Cellar Direct. 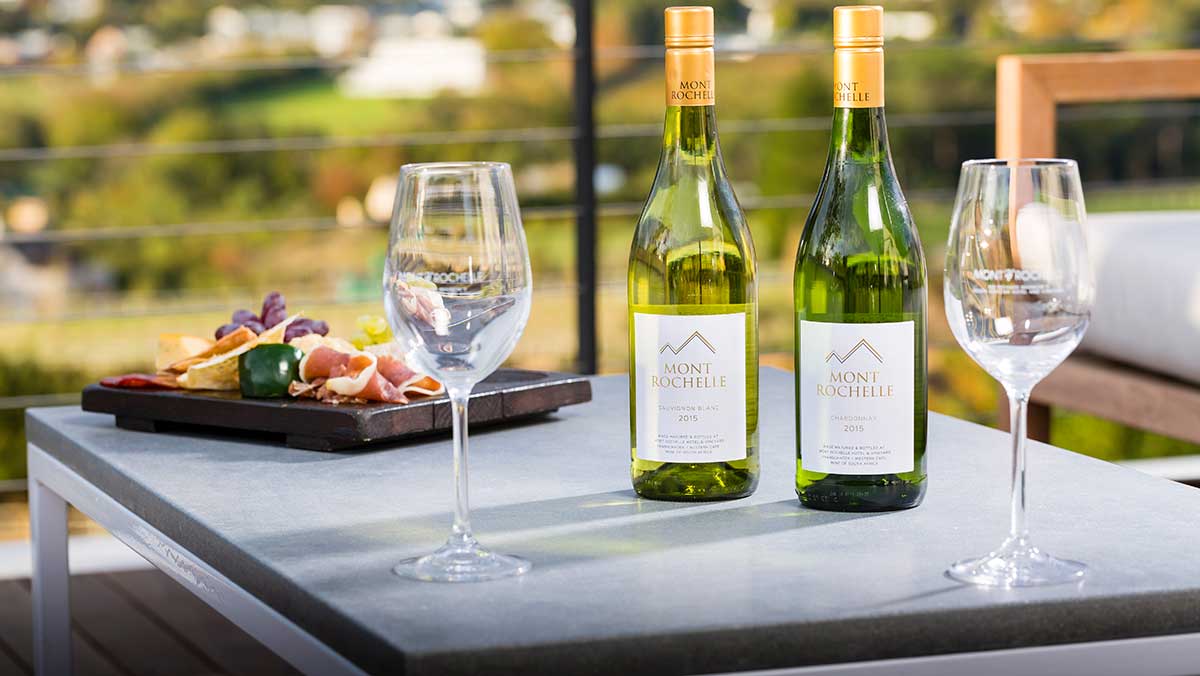 Buy wines in the UK

We also sell our delicious wines in the UK! Follow the link below, and you can have your wine delivered straight to your door from Hard to Find Wines.

Please be aware you will be leaving our website! Buy wines in the EU

In love Mont Rochelle wines but can't make it all the way to South Africa? You can now order our award-winning wines from the comfort of your own home, follow the link below to purchase our wines from our EU distributor, Capreo. 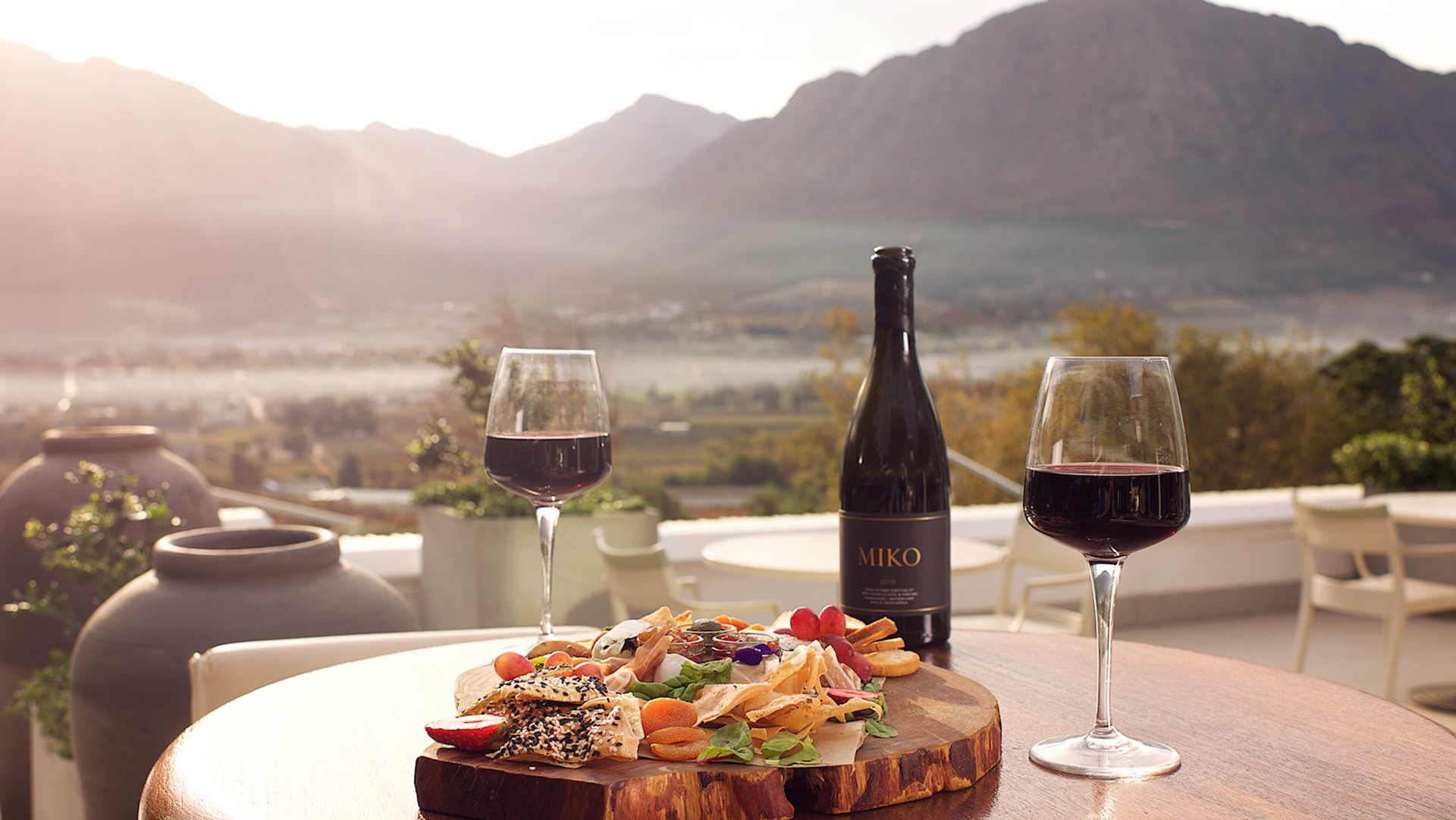 Buy wines in the US

You can now purchase our Mont Rochelle wines in the United States! Follow the link below, and you can have your wine delivered straight to your door from our US supplier, Cape Ardor.

Click here for the wine suppliers closest to you

A toast to Mont Rochelle! We are delighted that 3 of our Mont Rochelle wines have won in the London Wine Competition 2019.

The wines are marked out of Quality, Value and Packaging, while our Miko Red was the only South African wine to receive a gold award - cheers! Dustin Osborne is our winemaker here at Mont Rochelle, where he produces around 12000-15000 cases of wine every year. He was originally appointed as winemaker and viticulturist at Mont Rochelle back in 2007, after working in vineyards and wineries across South Africa and abroad.

A qualified oenologist and viticulturist, Dustin embodies the spirit of the new generation of wine makers, and is recognized among the most promising of South Africa’s new winemakers. Drawing on experience gained at prominent cellars in the Cape Winelands, as well as overseas, he has fast gained a reputation for producing top quality Chardonnay, Sauvignon Blanc, Merlot, Syrah and Cabernet Sauvignon from Mont Rochelle’s 16 hectare vineyards.

After leaving the estate for a short while in 2011, he took up the position of General Manager and Winemaker at Aaldering Vineyards and Wines before re-joining the Mont Rochelle family in 2014, the same year the hotel and vineyard became part of Virgin Limited Edition. Get social with Mont Rochelle