August in South Africa is generally regarded as the windy month, and this year's certainly been no exception. The season's changing as we're going from winter into spring and with that comes the wind.

It's always a little scary, as at this time of the year the bush is extremely dry, and the outbreak of fires are in the back of all our minds. Fortunately we have firebreaks in place and are all trained to deal with the sudden outbreak of a bush fire. For the most part bush fires are completely natural and allow the bush to regenerate fresh growth by removing all the old moribund grasses, that slowdown the new spring growth.

There have been a couple of short-lived cold fronts, but for the most part the weather's been warm. It's still a little fresh in the early morning and evening, but midday temperatures of 30C make it a great time of the year to visit the bush, especially since the game viewing at this time is exceptionally good! 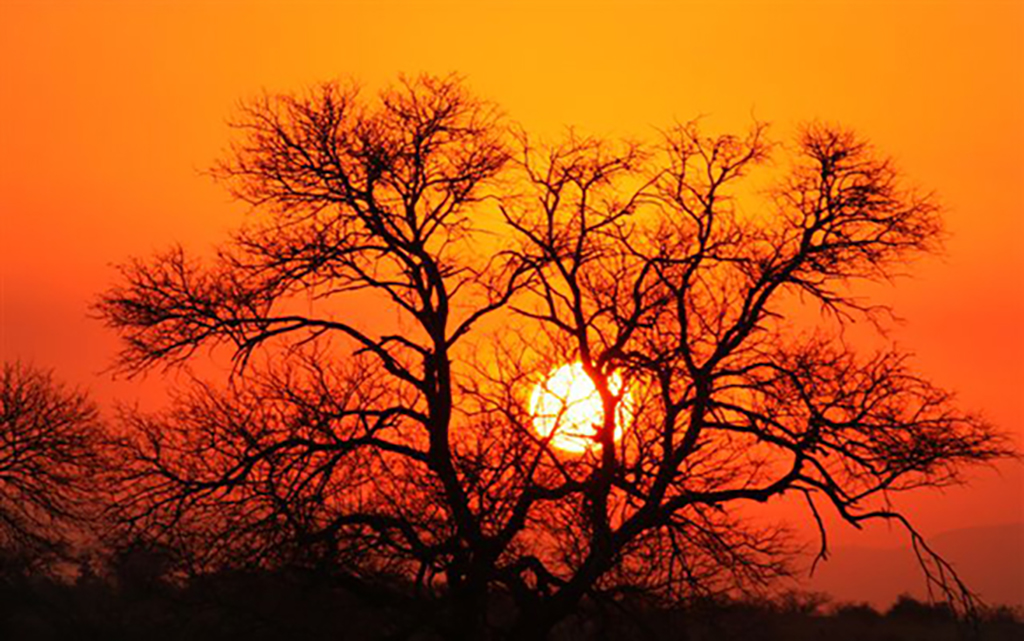 The ongoing saga of the Mapogo (with the Mohawk) returning continues. One morning we found one of the Ximungwe lionesses jogging briskly along the road. She was focused, on a mission. She was stained in blood and when I saw that she was the lactating lioness, it meant only one thing; she was returning to fetch he cubs to take back to a kill. I was joined by Trevor as we followed her to where she had hidden her cubs, watched her call them out of their hiding place and then followed them all the way back to where she'd killed an impala. The following morning she and her three, three-month-old cubs had almost devoured everything. It was amazing watching the cubs wrestle with the dead impalas head and mock strangle it as if making the kill themselves. What the lioness and her cubs didn't know was that three of the Mapogos were lying less than 500m away...downwind.

Later on that morning, we found out that the newly-returned Mapogo male lion managed to sneak up on the lioness and kill one of her cubs. The following day she fled far into the northern territories and was found with just a small cut under her left eye; a small price to pay for rescuing her two cubs. She'll continue to avoid him and he'll continue to seek out to kill her remaining cubs. It's just in their instincts. When, and unfortunately this may sound harsh, he's killed the two remaining cubs, she, along with her four sister's will be able to start over and mate with all five male Mapogos and start their pride, something these 8-yr-old lionesses have been trying to do for the past two years. Some of the other lionesses have already begun mating the Mapogos.

We had an interesting sighting of Mbhiri female leopard and her 16-month-old female cub a few days ago. She was tracked in the morning to where she had an impala kill...but was it hers? At the same place was Metsi female leopard, Mbhiri's previous cub, now a big four year-old, which has just had cubs of her own. Mbhiri, the older leopard looked relaxed as she lay next to the kill, and that afternoon when I was there only some growling between the leopards occurred. The following morning we tracked and found Metsi at the foot of Bruce's koppie. We watched her as she walked up the hill, and Duard, who stayed a bit longer saw her collect her two cubs, which can only be about three months, and walk further up the hill, and as the cubs followed, they'd playfully stalk and pounce onto and bite mom's tail.

What seems to be typical for this time of the year when good grazing is scarce, are large bachelor herds of buffalo. A group of about 15 to 20 are moving around and guests have had regular sightings of these dugga boys from the lodges.

We found the male cheetah drinking from a pan in the south one morning, and he stuck around for a few days because he was so full and had to digest a bit before he could move!

The sunrises and sunsets are incredible at this time of the year. And stargazing continues to be great as we have no threat of any clouds bringing rain around. We will however soon miss seeing Saturn, as it is now setting quite early in the west, but hopefully we'll soon start seeing Jupiter rising in the east.

So much to talk about, but that's all for now...next update in a couple of weeks.