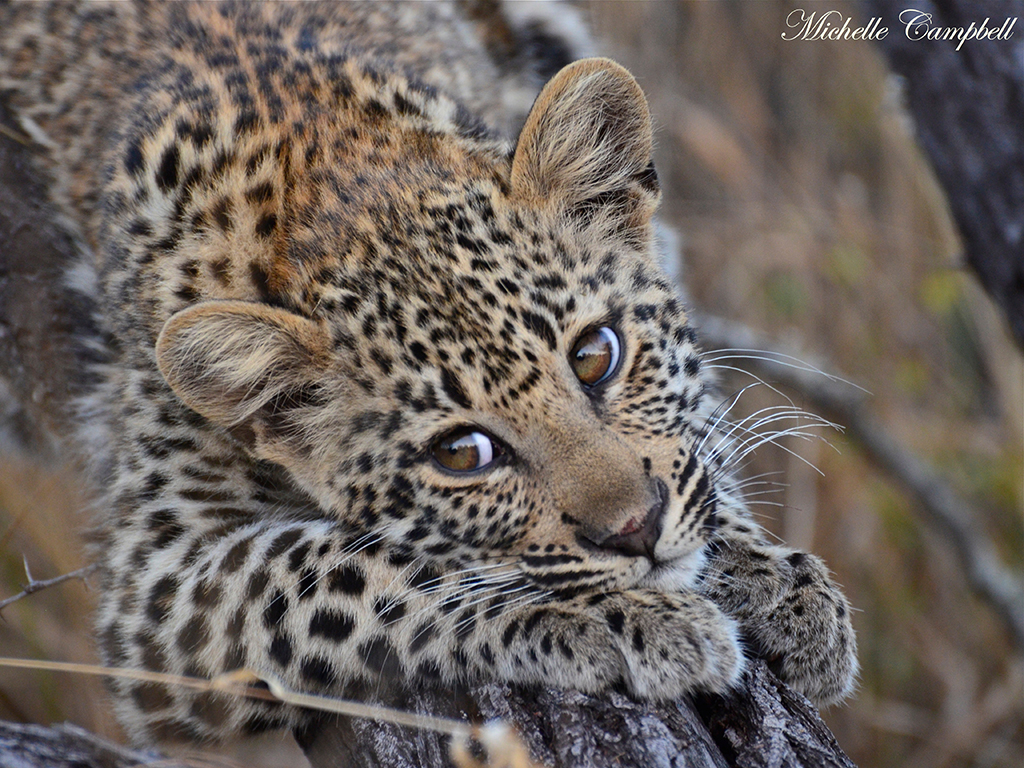 Winter time in the bush... I no longer look out over the lush green landscape as I sit at Rock lodge waiting for my guests, but rather a sea of yellows, browns and oranges. Most mud wallows have dried up now, the Sand River has been reduced to an ankle height trickle in places and only the bigger dams and water holes are left with any water, even then a little stagnant at that. Game viewing however has been spectacular, aided in part by being able to see deeper into the blocks, unobstructed by the lacking tall grass and thick vegetation, and of course the more predictable movements of animals, who tend not to move too far from main water sources. 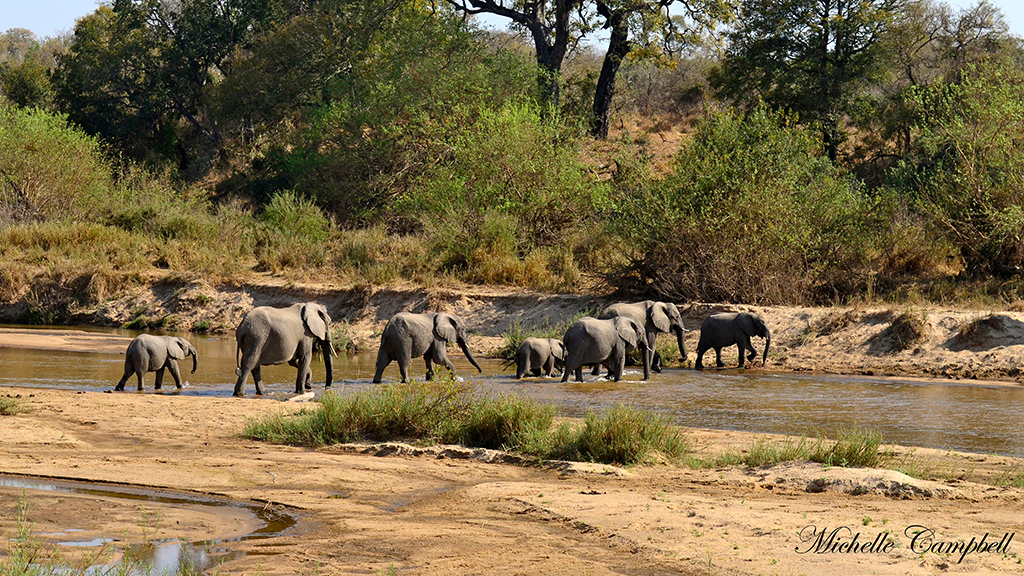 Phenomenal sightings of Thlangisa, a female leopard, and her two growing cubs have been the absolute highlight of my cycle. Thlangisa (meaning "The playful one" in Shangaan) first presented her cubs to us at just 4 weeks old, openly suckling and playing with them next to the vehicles. Ever since then, we have been incredibly privileged to watch them grow up and observe the development of their skills and characters. At four months old, they're honouring their climbing skills, shooting up and down trees and tightrope walking along fallen branches, as well as developing their hunting skills through playfully stalking each other and chasing insects. An ever attentive mother, Thlangisa has provided her young ones with a constant and varied diet, with regular impala, duiker, steenbok and giant mole rat kills.

A few great sightings of them have included watching the young female cub stalk her mother on a kill and then proceed to puff, hiss and growl until she'd weaselled her way onto the kill and then fought with her mother until she had the carcass to herself, thereby growling and "pffting" menacingly whenever anyone got too close! Watching the two cubs scramble up a huge Marula tree and feed on an impala was another spectacular sighting (see video below), as was watching the young male cub drag the top half of a steenbok kill up and down a drainage line, displaying phenomenal strength and agility for his miniature size. Just this last week, I watched Thlangisa kill and present first one, and then two mole rats for her cubs and got to watch them roll around playing with their food before settling down and tucking in....incredible! 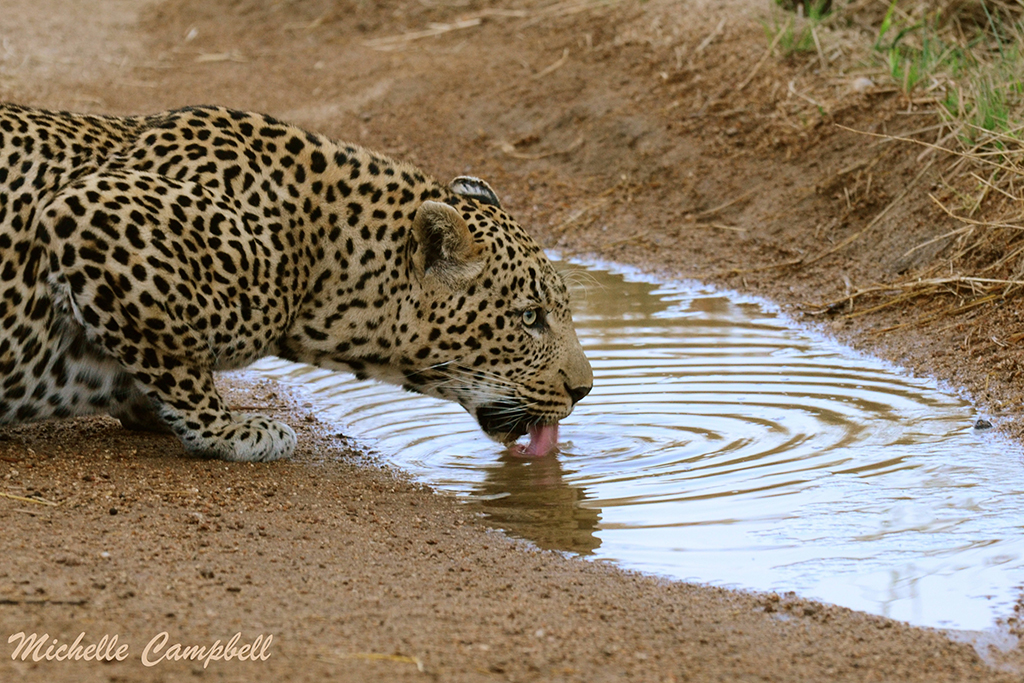 Thlangisa and the cubs aside, leopard sightings generally have been very good as well. Dewane, one of our territorial male leopards, seems to be over the worst of an wrist injury he received whilst fighting with another male, leaving him hopping on three legs for a while and us wondering how he'd ever make it! But make it he certainly has, without even conceding much territory and is doing very well, with just a little limp now and a bump on the wrist. Of other males in the area, we've been having good sightings of Nyelethi, Kashane, Torchwood and the Ravenscourt male from the east has even been venturing deeper and deeper into the western sector. Female leopard sights have also been good with Hlan'nkunzi and her last offspring, the Scotia female, both doing very well. The Dam three female and Boulders female continue to give us the run around, being more skittish with the vehicles, to the point where they hide so well you have to practically stand on top of them to find them on foot!! 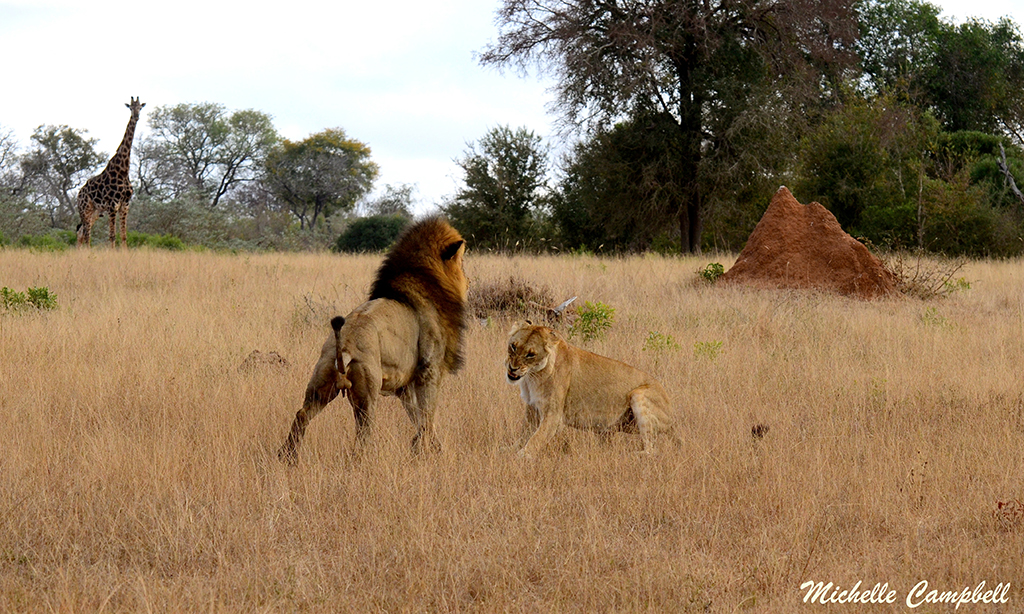 Jumping across to the mighty lions, the arrival of the four huge Majingilan males who fought and pushed out our old coalition, the Selati's, have certainly shaken things up a bit. As per a natural takeover, the new males seek to kill any outstanding cubs in the area, not wanting the blood line of the previous males to exist in their new territory. The result was mayhem, with our two prides, the Ottawas and Ximungwes, literally running for their lives. Impressive tactics were deployed by the adult females, with quite a few sightings of the different females separating themselves from their prides to mate with the males and keep their attention off the rest of the pride and existing cubs. 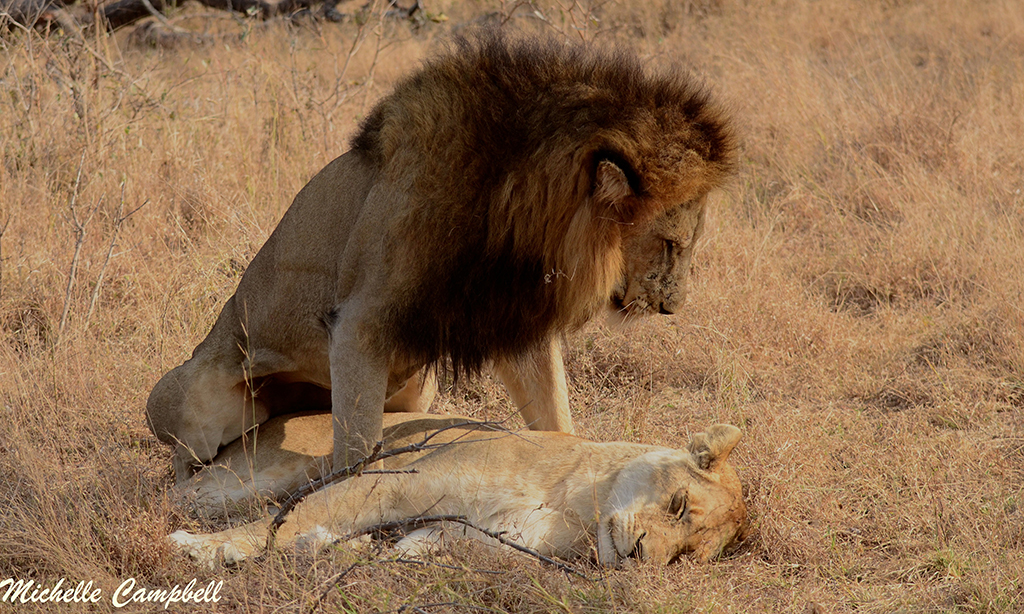 Despite their best efforts though, the Ottawa's were hit hard, losing 6 of 8 cubs, and the Ximungwes lost two cubs and one adult female, dropping to just five cubs and two females, now. At about 18 months old, the sub adult "cubs" have just a few more months to go before they're more likely to be accepted by the new males as breeding females as opposed to cubs. Fingers crossed for no more fights, it has been truly heart-breaking to observe this takeover process, but watch this space for some new little lion cubs, as a result of all that mating! 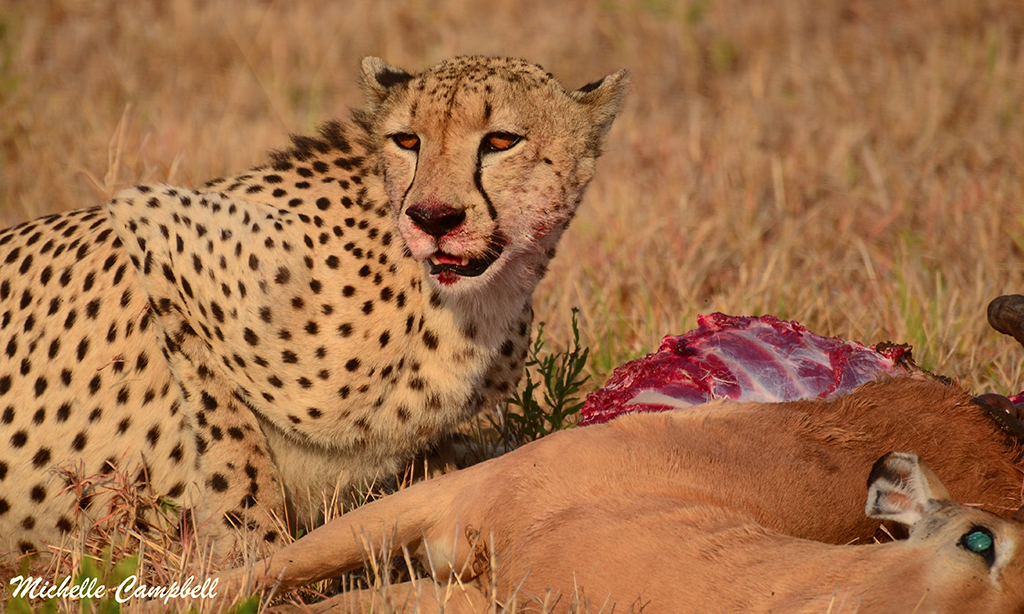 Maintaining our subject of cats, cheetah sightings have been brilliant as well, with a number of different males and females of varying ages been seen in the area. I had a great sighting of a male cheetah on a fresh impala kill right out in the open, tucking in but jumping up to look around every few minutes to check nothing was coming to steel it from him! The same male gave me a dazzling show, clambering up and down termite mounds and huge fallen trees to try spot and stalk some impala! 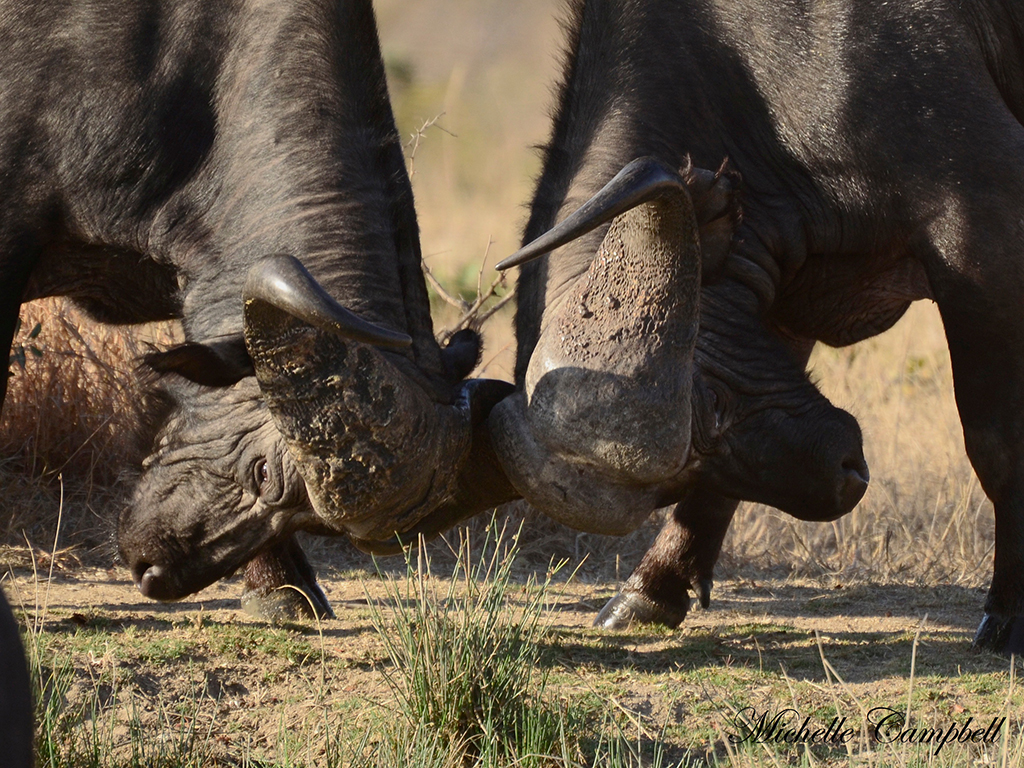 Elephant and buffalo have also been great, as well as some fab bird sightings and all the other incredible things in between. It's truly a winter wonderland. 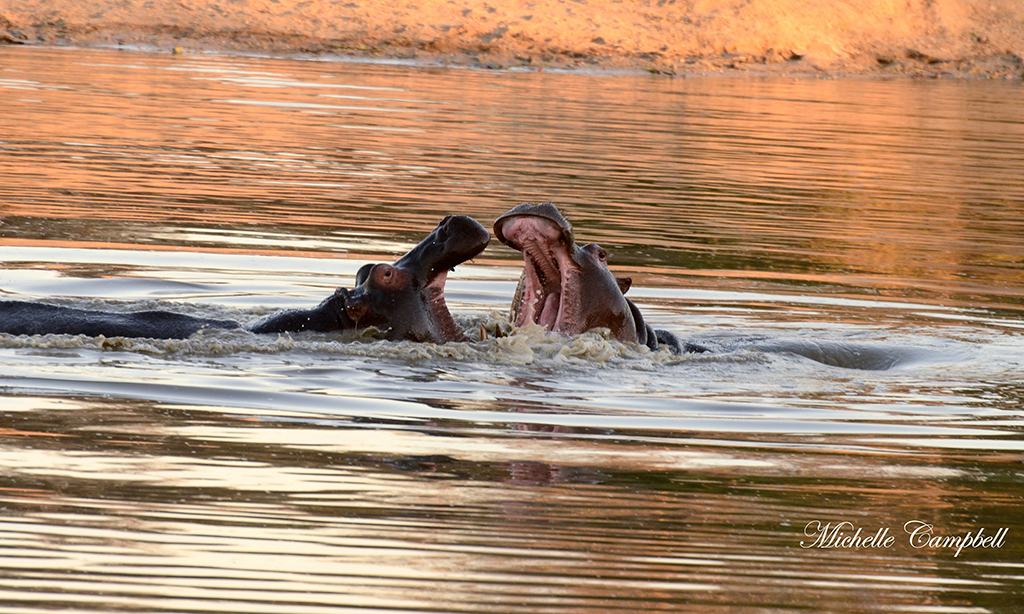