Why did the giraffes cross the road? 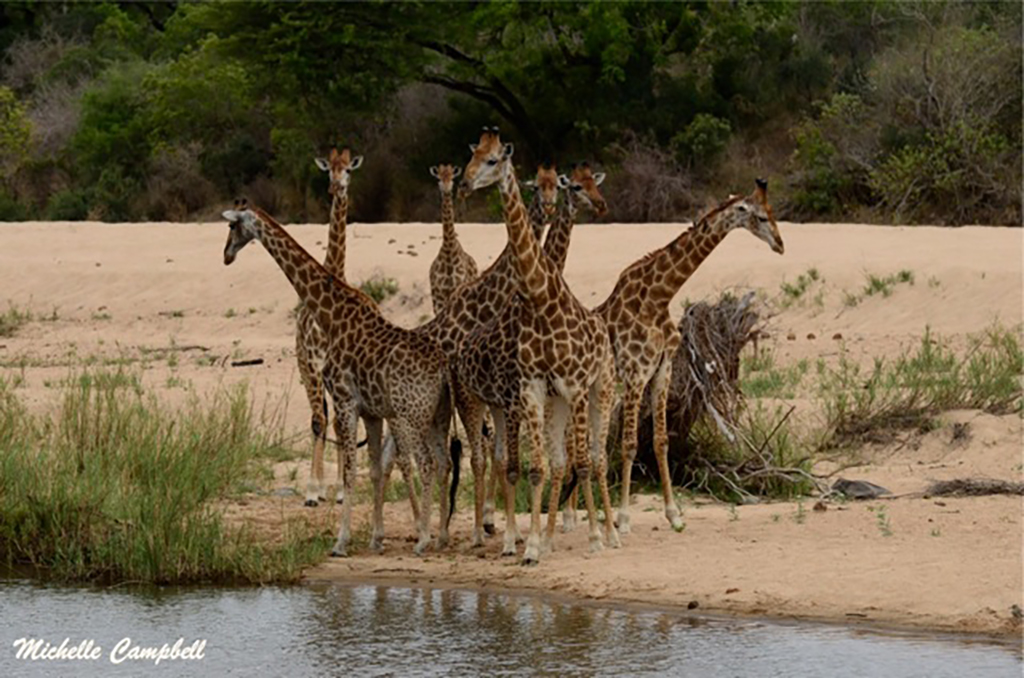 Why did the giraffes cross the road? Well they didn't, is the answer. And it wasn't a road, but a river, actually. I can tell you though, that it was a very bizarre sight to see six giraffes pacing along the edge of the Sand River, up and down, up and down, trying to find a place to cross. One by one, they took it in turns to walk to the edge, peer over and into the water, then leap back like excitable foals as if they saw a crocodile there launching up at them, which by ripple effect caused all the other giraffes stood behind huddling in a group, to jump back as well and run up the bank again. 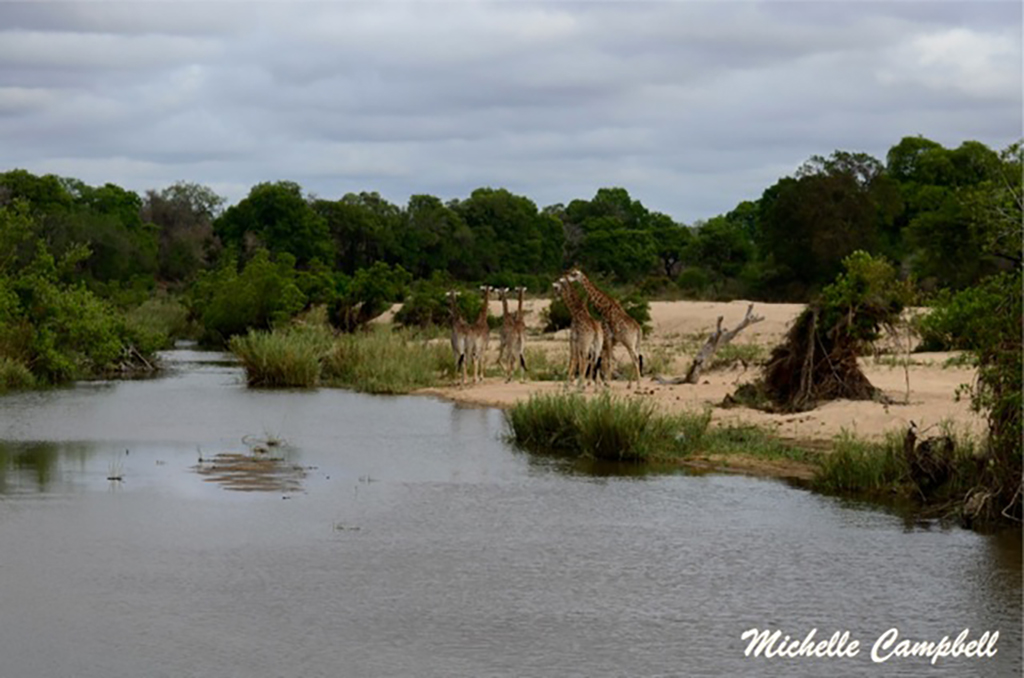 And so it went on, for a good half an hour, before they decided that it was far too risky, and that perhaps, after all, maybe the grass wasn't greener on the other side. The funniest thing of all was that although fairly wide, the water was only ankle - knee hight deep at best, but in fairness to them, there was a 3 meter crocodile lying sunning himself on the bank just 50 meters downstream. 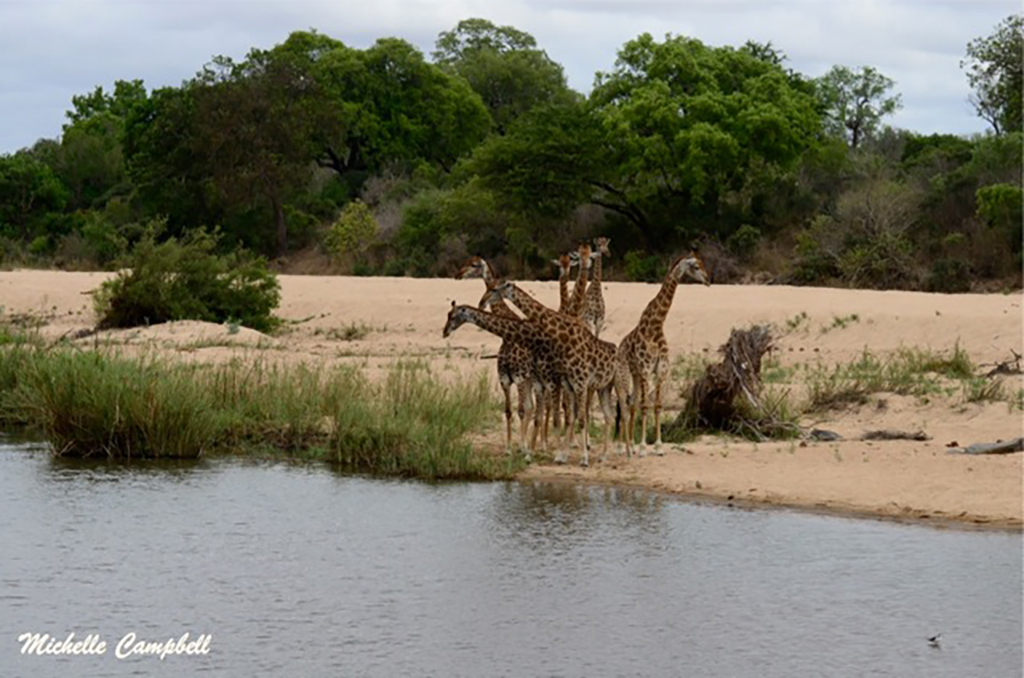