Ulusaba bush news: The leopard and the warthog 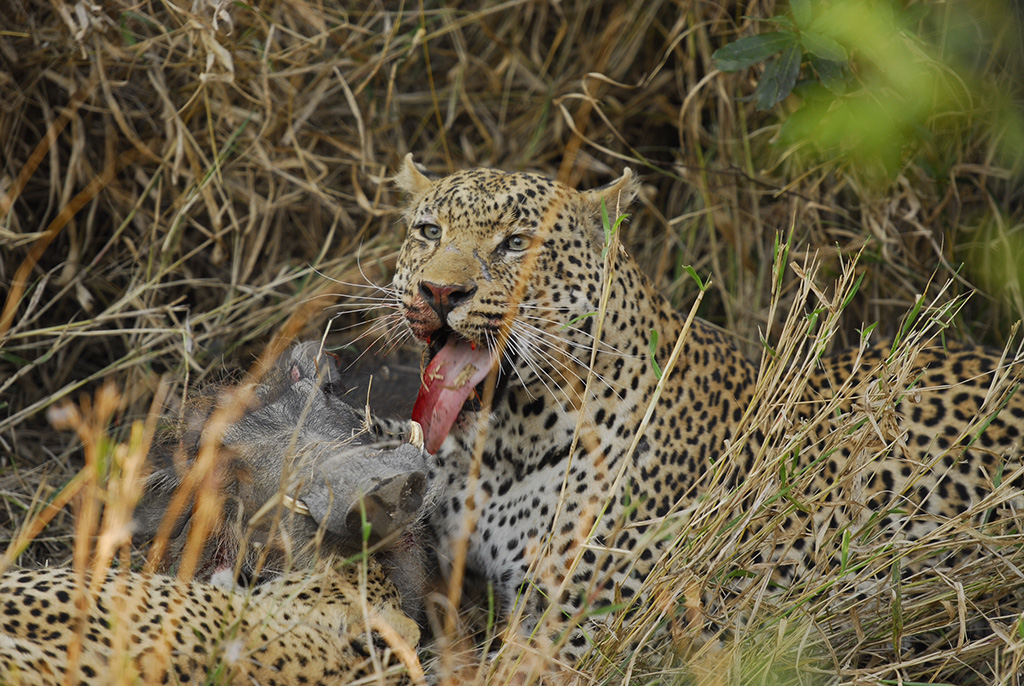 Xikavi and the Nyeleti male had been mating for a couple of days, so when I heard that they had been found lying in a thicket I didn't hesitate to take my new guests to experience this rare sight.

We admired a pair of African hawk eagles perched in a large acacia and then made our way through a maze of guarrie bushes towards where the leopards were resting. As we drove around the last bush, they came into view. The male was lying just a couple of feet from the female and from experience I knew that if we waited a few minutes, we would see them mate. No sooner I tuned off the engine and before I could even mention the fact that these were two leopards lying before us something completely unexpected happened. A whole family of warthogs erupted from a termite mound right next to the leopards! 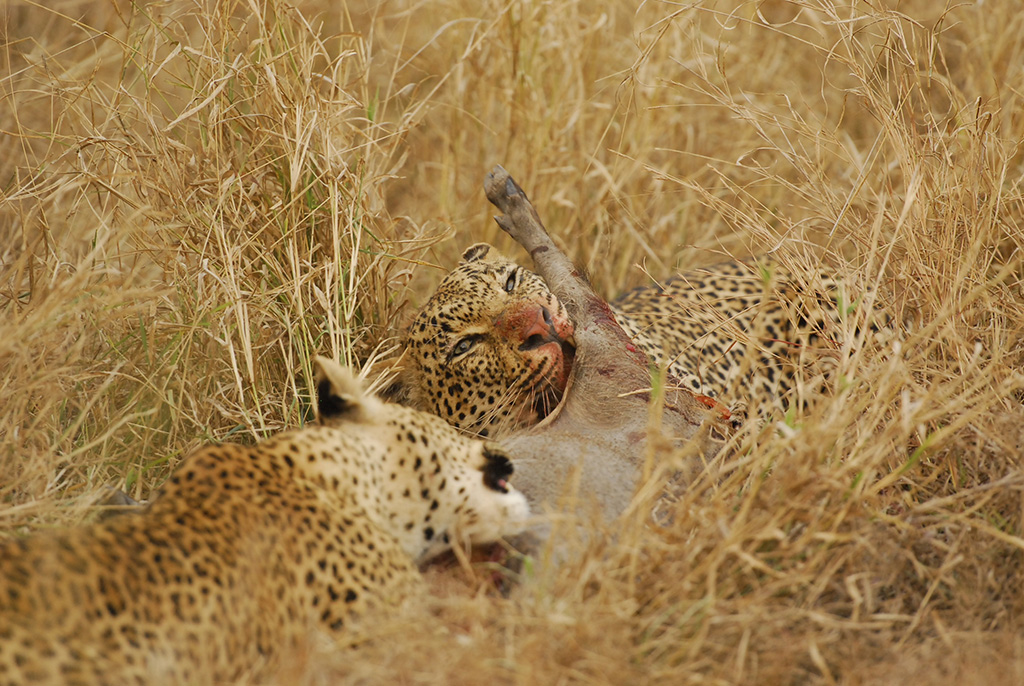 First the mother came bolting out followed by two piglets. By this time the leopards were on high alert and looking for an easy target so when the last warthog came out they both lunged at it. There was no chance for this subadult as both leopards went for the throat. The sounds from the dying warthog were deafening and it took quite some time for them to subside.

Eventually we could no longer see its legs twitching and silence descended as both leopards shared the kill! The fact that leopards are such solitary hunters as well as their veiled aggression during mating made this an extremely rare thing to witness. The leopards eventually continued their mating the following day after finishing their kill and we hope to see some new cubs in the near future. 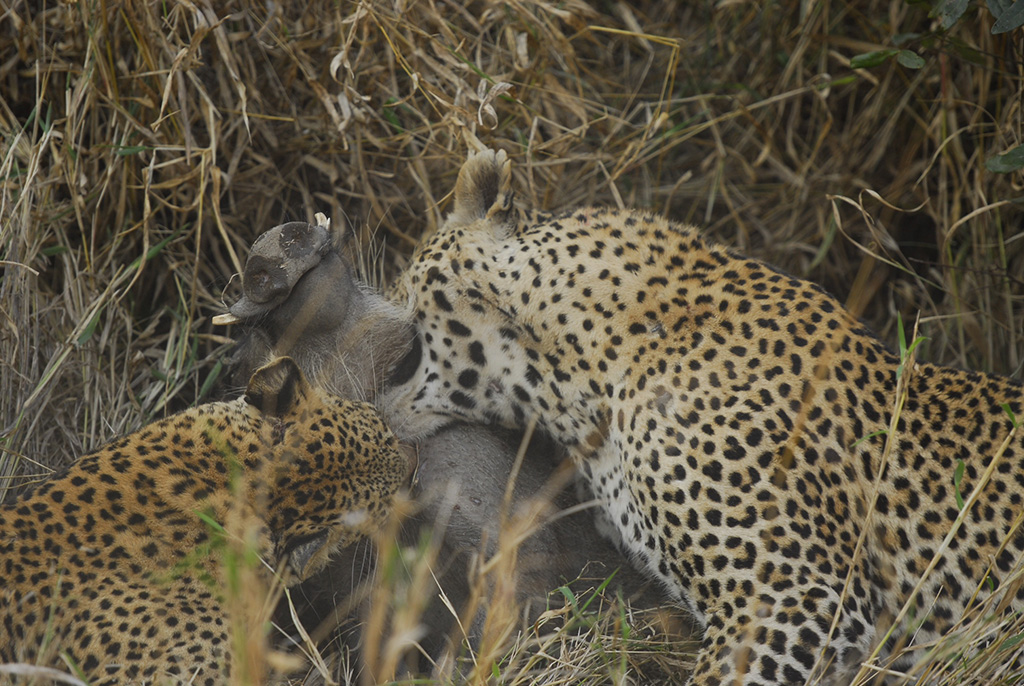