The circle of scavengers 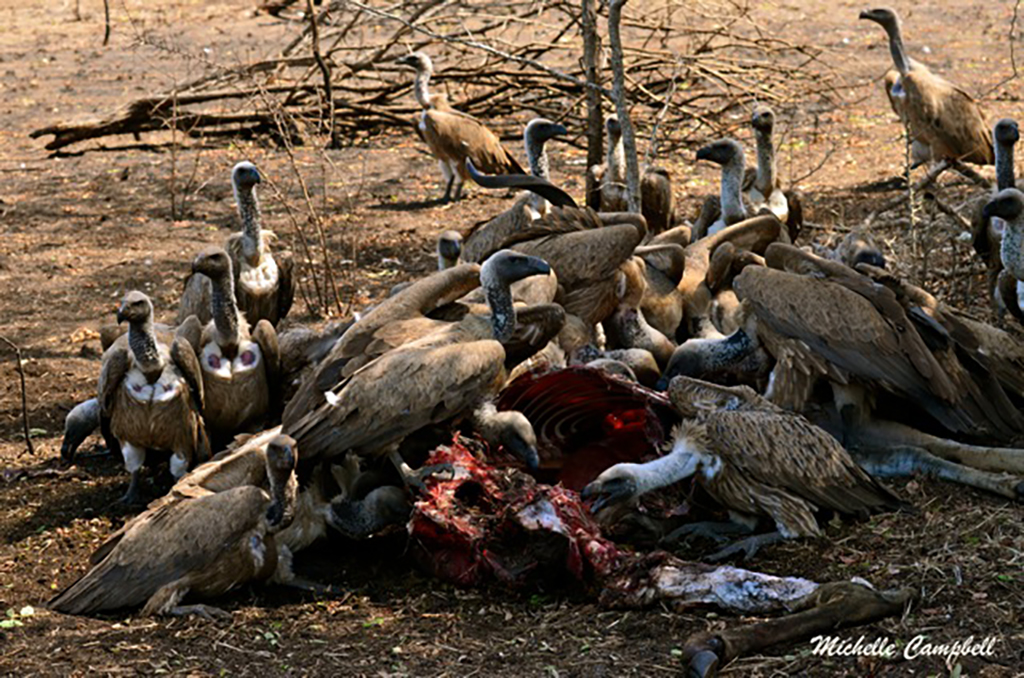 Circling vultures overhead is not an unusual occurrence in the lowveld. But when they put their landing gear out and dive down to the ground, you know there is something there worth checking out.

We arrived at the "scene of the crime" to a mass of vultures, some perched in the trees, others hoping on the ground, and then we saw it; a huge male kudu carcass, with a lonely hyena guarding it like his life depended on it. As we watched, a battle waged between the hyena and the vultures, which outnumbered him about 50 to 1...and that was just on the ground. With the hyena head down and gorging himself, the vultures kept creeping forward closer and closer, until they got to the point they could have a nibble, only for the feeding hyena to leap up and chase them all away. We watched this play out about 10 times over, with new vultures landing every few minutes to get in on the action. The hyena must have thought enough was enough though and eventually sulked off, but not without taking a final vicious snap and swipe at the vultures. 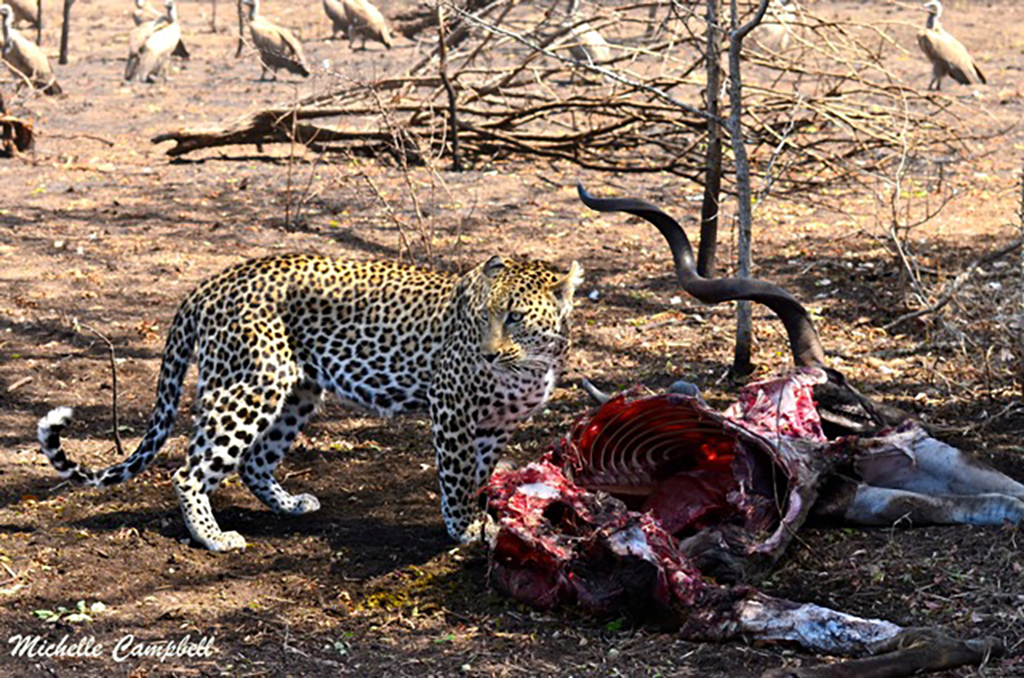 The vultures couldn't believe their luck at his departure and before we could even blink, they mobbed the carcass to the point where we could see nothing but feathers and hear nothing but squabbling. Their joy didn't last long though, because less than a minute after the hyena left, a young male leopard, the Torchwood male, darted out of the bushes towards the carcass. A second round of hysteria erupted with vultures scattering in all directions, leaving us ducking and diving around in the car to avoid a talon in the eye. Now clear of vultures (who as it turns out has huge respect for leopards and none for hyenas), Torchwood tucked in happily to the meat, similarly joyous with his find.

Things in the bush have a tendency to swing in round-about, another 5 minutes later we spotted not one, but three hyenas, jogging back towards the carcass. At the last minute, Torchwood spotted them, and darted up the Marula tree, under which the carcass was lying. Hissing and snarling at the hyenas below (who had now well and truly taken over the carcass again), Torchwood eventually settled up in the tree, realising he may be in for a long wait. The vultures on the other hand began their approach again, very pleased with the new turn of events.