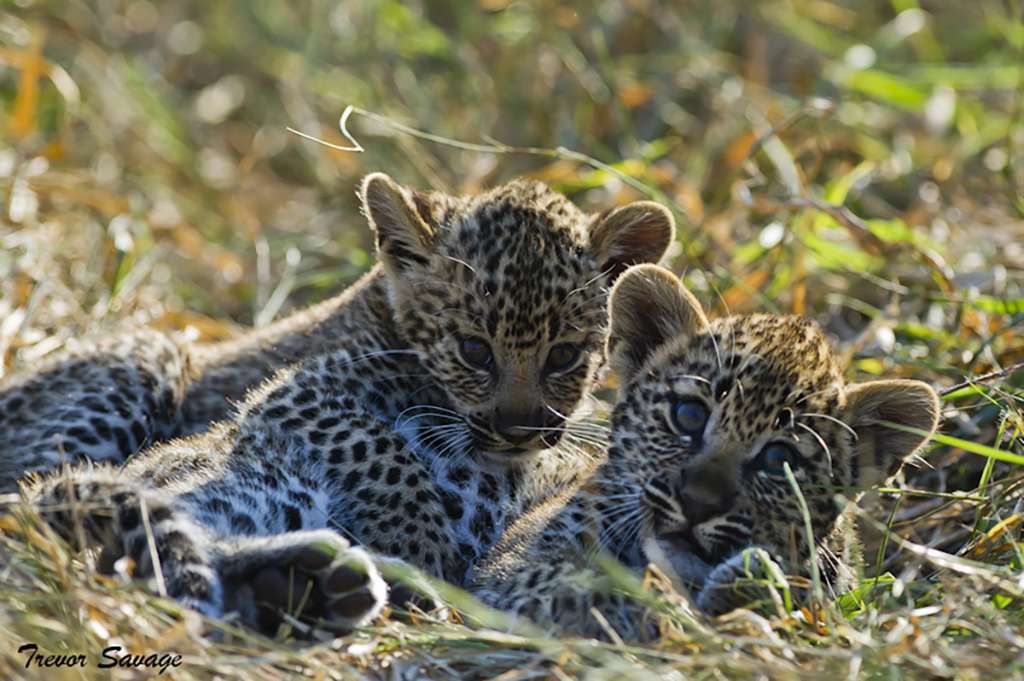 We got to witness the most incredible sighting of Hlangisa a mother Leopard of two cubs put her life on the line to protect her cubs. Hlangisas cubs are about three and a half months old now and are growing by the day, which means she has to work a bit harder to keep their bellies full.

In this particular sighting she had killed an impala and hoisted it in a tree so she and her cubs could feed at leisure and not worry too much about lions or hyenas stealing her kill. In this sighting there were a few hyenas lurking to pick up scraps or even better drop the kill as the cubs instinctively try reposition it in the tree but may drop it. 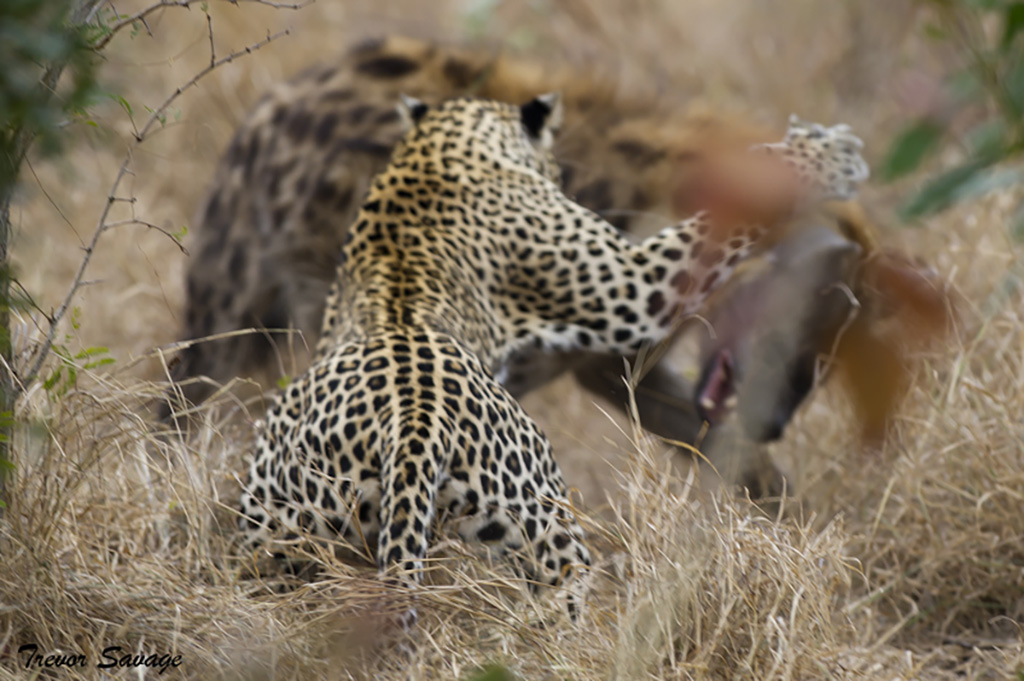 There was one cub feeding in the tree and the other was lying at the base on the ground we noticed that the mother had seen something, her body language was very alert, then we noticed a hyena coming closer to the base of the tree were the other cub was lying. I don't think the mother realised the cub was in that much danger but suddenly the hyena saw the cub on the ground and went for it. The mother leopard jumped out the tree onto the hyena and attacked it, she went for the hyena numerous times to protect the cub during the attacks the cub managed to scurry up another tree for safety.

For all of us that witnessed the speed and power of a leopard was a privilege in all my time guiding I have never seen a female leopard attack a hyena repeatedly. We have seen leopards snarling, growling or taking a swipe just to keep the Hyena at bay. Leopards are solitary cats can't afford to be bitten by a Hyena as 1500 pounds of pressure in one bite may put the Leopard out of action for life which, will lead to death. 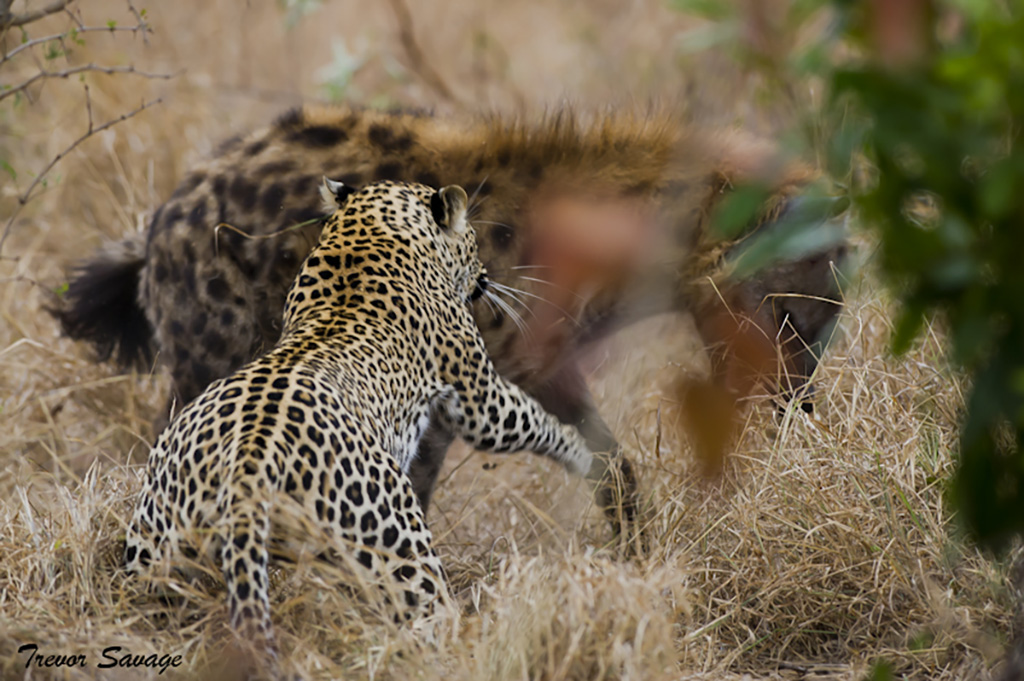 The privilege to witness this incredibly brave mother leopard just shows what a good mother she is turning out to be, let's hope she follows in her Grandmother Makwela's footsteps.