The last few days of game viewing have been nothing less than spectacular, so astonishing at times it is hard to know even where to begin! Let's do this chronologically.... 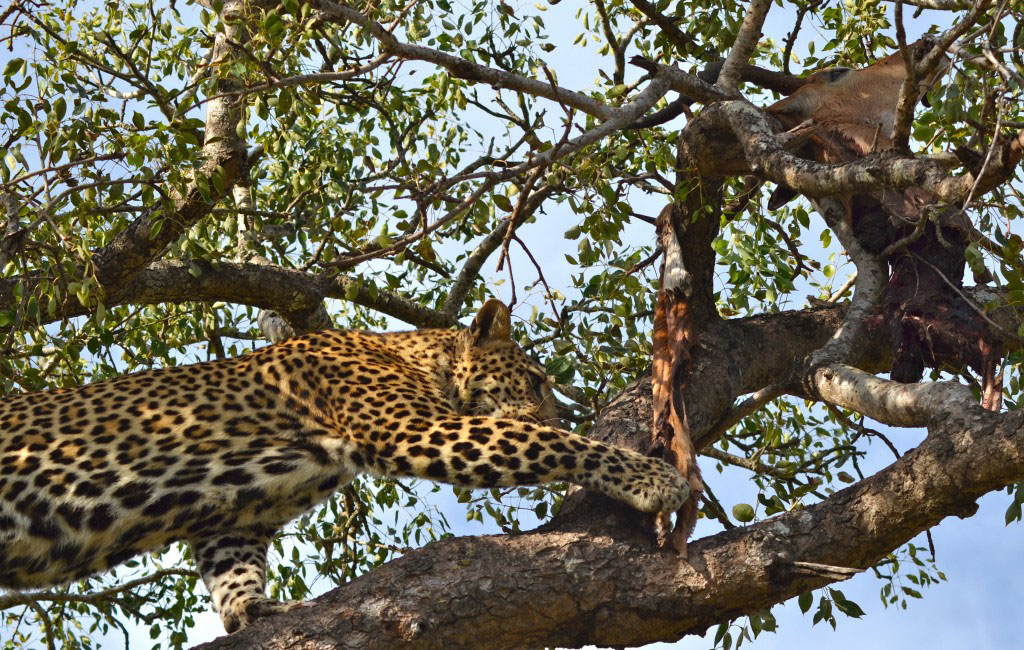 It all started a few days ago, when one of our leopards, the Torchwood male, killing an impala just outside the Ulusaba staff village. Lingering hyenas immediately initiated war and a battle commenced between them and the leopard, each taking it in turns to steal the carcass, eat a bit, then get it stolen from them again. Torchwood remembered he could climb trees and up he hoisted the huge male impala up a Marula tree. We are well into rutting season for the Impalas now, a period when the impala males are so pre-occupied with defending their territories and chasing females to mate with, that they forget to look out for predators, all of whom are taking full advantage of such easy food! Once safely out of the way of those scavenging hyenas, Torchwood tucked greedily into his kill, finally at ease. Balanced superbly on a branch of the Marula, it was an incredible sight and the photo opportunities were awesome. 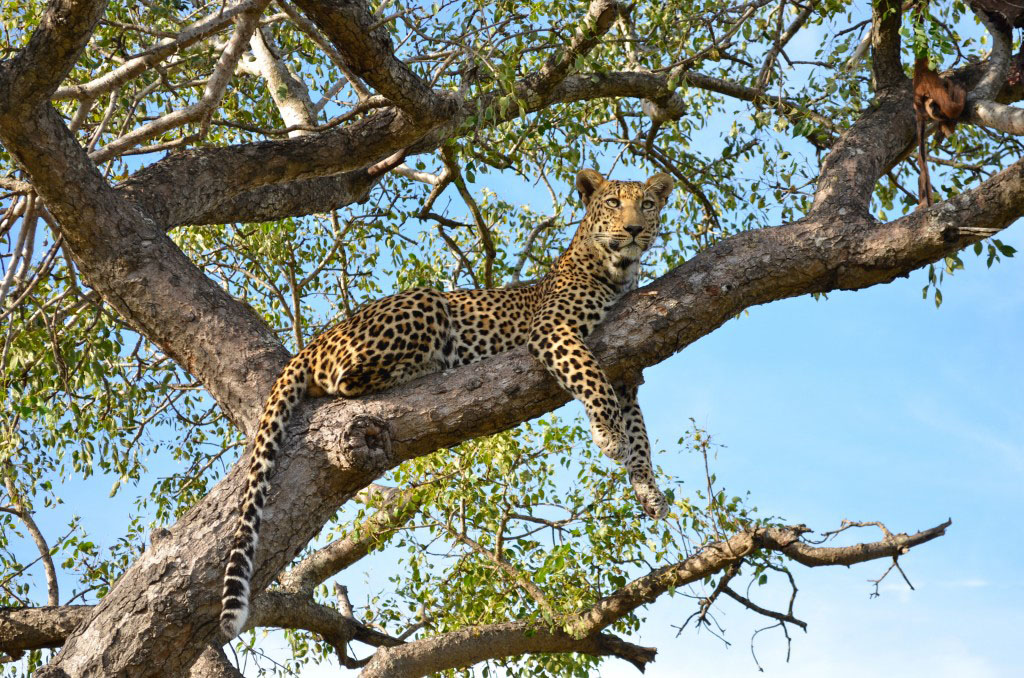 48 hours later, another male leopard, Nyeleti, who is territorial around Inyati's property. He has been very active sent marking of late, and whilst it was interesting watching this behaviour as he moved along the road marking trees, it was what happened next that was mind blowing. We were following the leopard down the road, when all of a sudden, the snorts and grunting of a male impala defending his patch rung loud and clear form the bush next to us. Nyeleti dropped immediately to the ground, making himself as inconspicuous as possible, and the stupid male impala with nothing else on his mind except females and other males ran straight towards the leopard. Ready and waiting, Nyeleti pounced with impressive speed and agility - the impala didn't even know what hit it. The scenario that unwound next in front of us was raw - we watched the leopard first suffocate his prey, then drag it off to a safe place before plucking the hair, tearing through the skin and lapping up the blood. It was the first time I've ever see a live kill like that... that behaviour, the split second decision to go for it, the opportunistic nature of leopards...all of it was incredible to witness. I am still blown away. 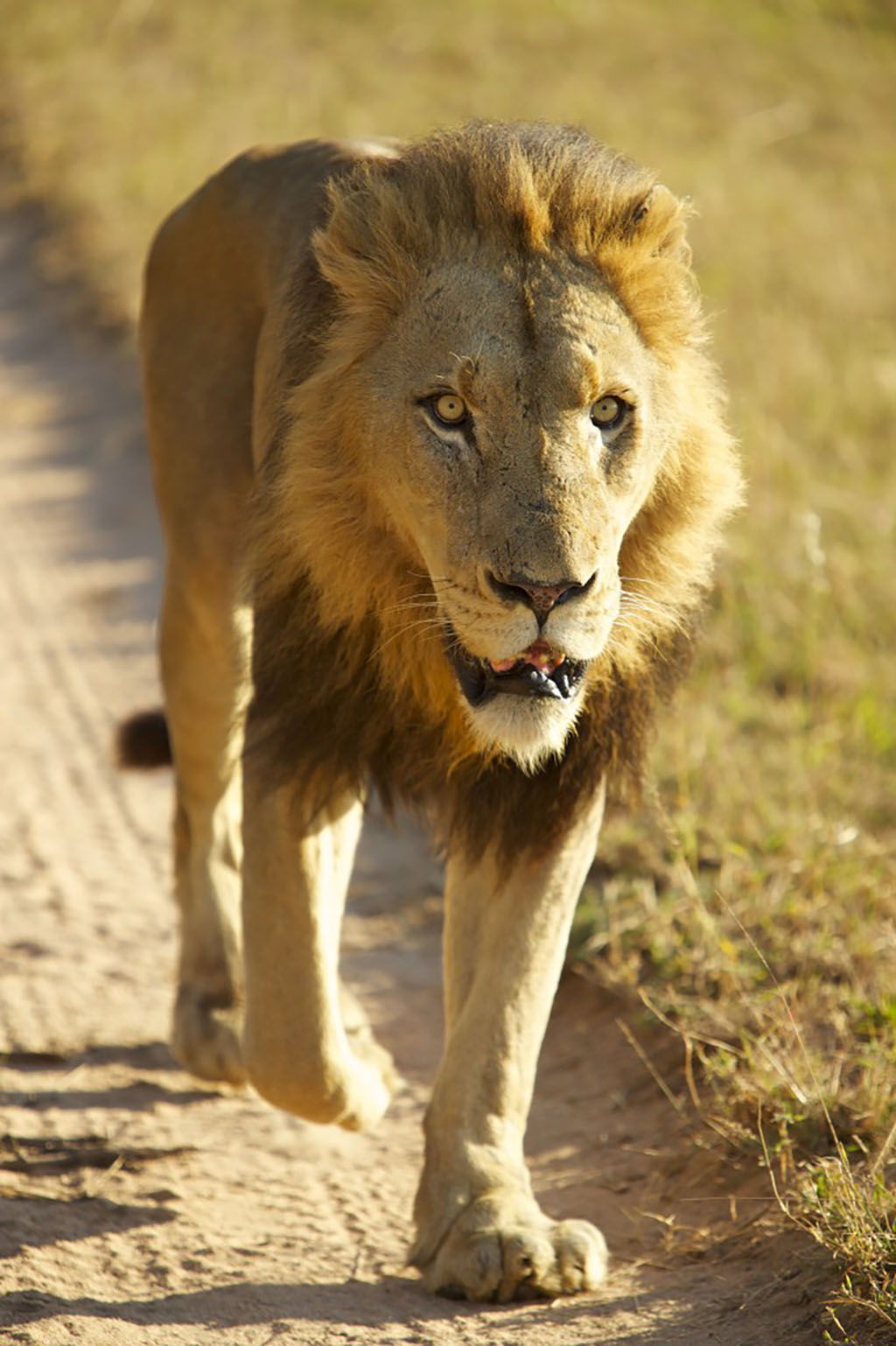 Waking up the following morning, I thought a lighter hearted drive would be a good idea...find some zebras, a giraffe maybe...yeah that didn't happen. 10 minutes after leaving the lodge all chaos broke lose - there were lions everywhere! The Macingelani male lions were back in the area, eating Nyeleti's impala that they had stolen during the night...two Selati males were seen walking down one of our main roads, then another Selati male was chasing the Ximungwe pride around safari lodge! Calvin, Brandon and myself went to follow up on the Selati male and the Ximungwes. The pride had fled and consequently split up, and we saw the male chasing one of the cubs. Luckily the cub managed to get away, and for the next hour, we followed that male on his mission to see what would happen next. Brandon left to track down the rest of the pride, which he did so successfully, happily finding most of them together again. Calvin and myself continued trailing the male, who was moving fairly swiftly in Brandon's direction, where he was sat with the 3 females and 5 cubs of the Ximungwe pride (one cub still MIA). It was a matter of time before they clashed, and clash they did in spectacular style. We were not sure what the male was hoping to get out of the encounter, but he walked straight towards the pride, and i very much doubt he foresaw what happened next! With an unbelievable chorus of ferocious growls, snarls and roaring, we had lion cubs running in every which direction and the adult females charged after the male, giving him a beating of a lifetime! He flew off, tail well and truly between his legs, and those fearless females howled their roars after him, I can imagine telling him to bugger off and never come back! Seeing that mother-protective instinct from the females was phenomenal, as was watching them softly contact call their cubs back together afterward the episode was over, really tore at the heart strings.

This is the first litter of cubs our Ximungwe pride have managed to keep alive/protect successfully from infanticide, and they are going to continue to protect them with every ounce of energy they have. Another incredible sighting, one made all the more special by sharing it together with Ulusaba rangers, and the teamwork behind the sighting that made it possible...Brandon following up and finding the pride, Calvin and I keeping up with that male through some horrible thick silver cluster leaves at times, and perseverance from all our parts and belief that something incredible was about to unfold in front of our eyes - easily one of the most spectacular things I've ever seen. 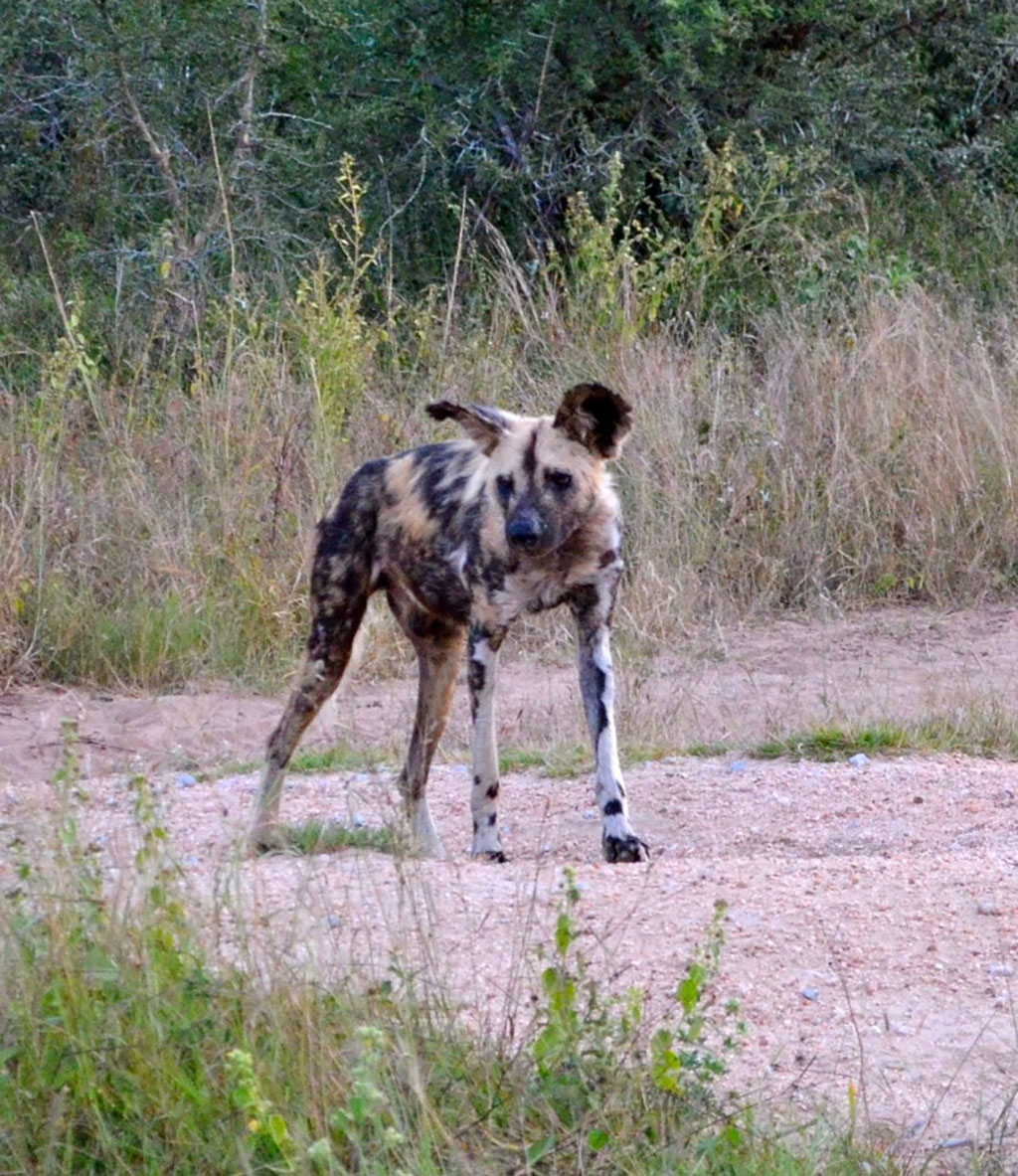 Definitely a cat dominated week, but a quick mention on the wild dogs, who also made an exciting reappearance back in the north this last week. It had been almost 2 months since I last saw those stinking creatures, but it was fantastic to see them looking fit and healthy and in such good numbers (approx. 16!). They certainly tested my driving skills, weaving in and out of thick bush and down into the Sand River bed, but it reminded me of how superbly fit these dogs are, a feat that makes them truly fantastic hunters.