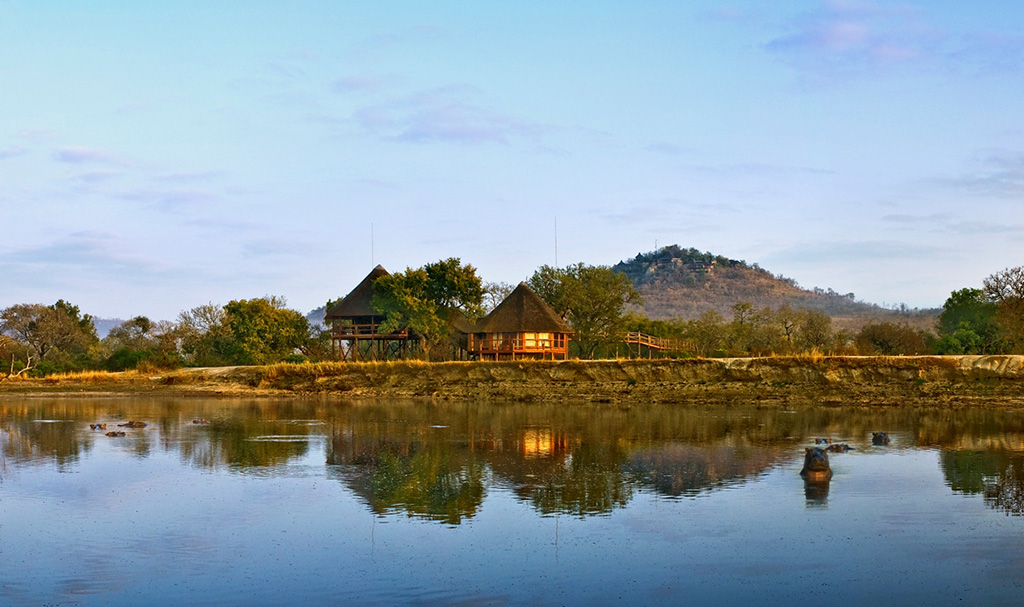 Xikwenga Dam is famous for it's hippo's, you can easily waste away hours watching their odd behaviour. It came as quite a surprise to see one floating upside down a few days ago. At first we thought it was just playing, but after 20 minutes of no movement and seeing terrapins nibbling on the skin, we declared it dead. Dead animals are always quite a touchy subject, but there is something fascinating about the life and death process in the bush.

We returned to visit the carcass the next morning, expecting to see little left after the crocodiles had fed on it, but again we were surprised to see that no such feeding had occurred. After some deliberation between the Rangers and our General Manager Karl, we decided to remove it from the water to prevent contaminating the water and to allow other animals access to it - as well as give us a unique insight into the complete scavenging process from discovery of the dead animal to nothing remaining.

Removing the hippo from the water answered our question immediately as to cause of death. Three huge lacerations to the neck, head and chest area pointed to a battle between the young male and dominant bull . It could have been that he simply got in the way of his mother and the dominant male looking to mate, and received a few death rendering blows from the massive tusks of the bull...a tough way to go for a young male. We pulled the carcass into an open area and then the waiting process began. A few circling vultures got us all excited, but they failed to drop. It was a lonely hyena that first discovered the carcass, who battled to break through the thick skin and spent the next 12 hours lying next to the carcass, almost like he was guarding it. 48 hours after the hippo was removed from the water, the feeding frenzy began in full overnight and by the time we got there the net morning, the dozen hyenas we counted at the scene had all but inhaled the entire carcass! The flies, maggots and no doubt smaller insects and creatures will continue their work to remove any last remains, but hopefully the skull will remain as a memento for us all. 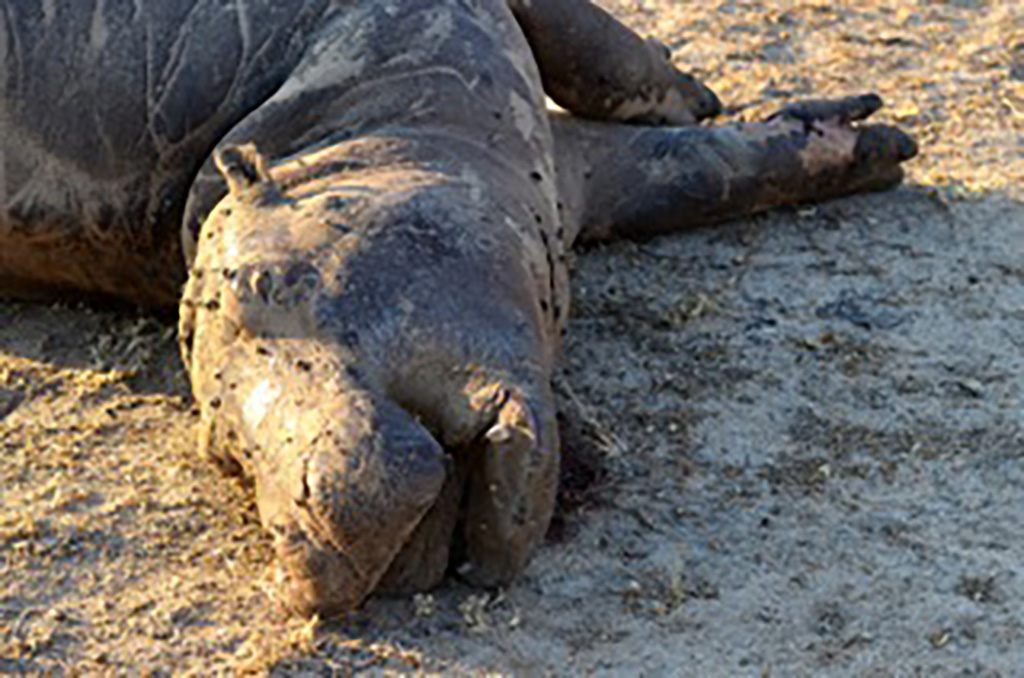 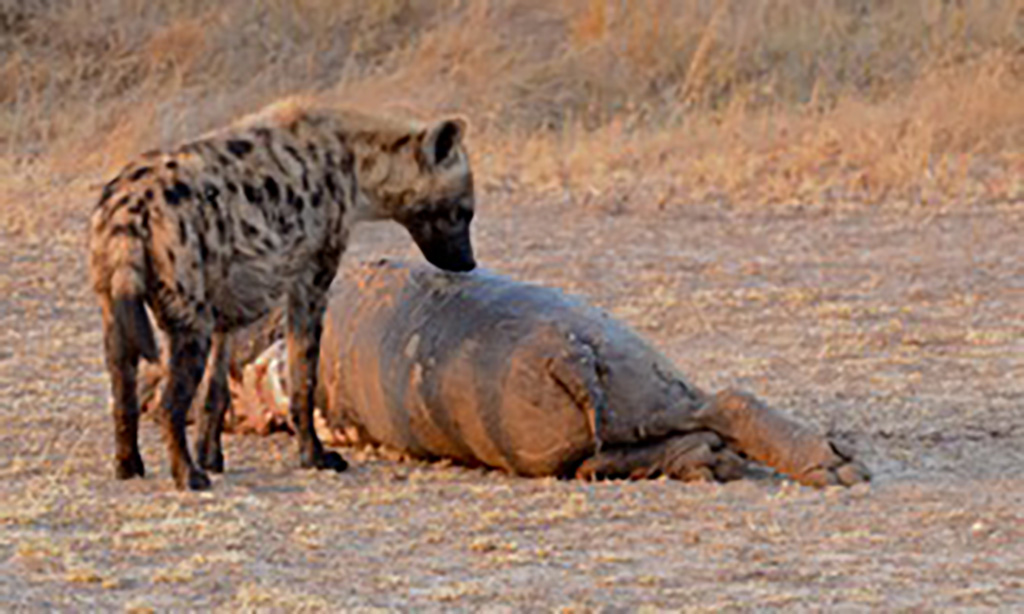 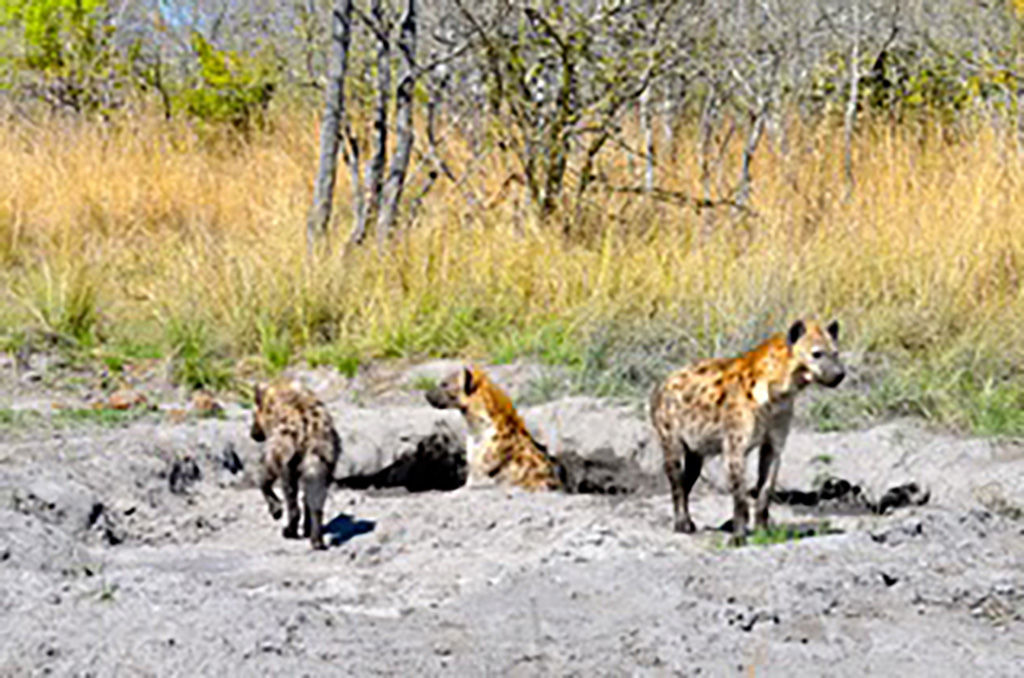