Ulusaba bush news: Giants of the past 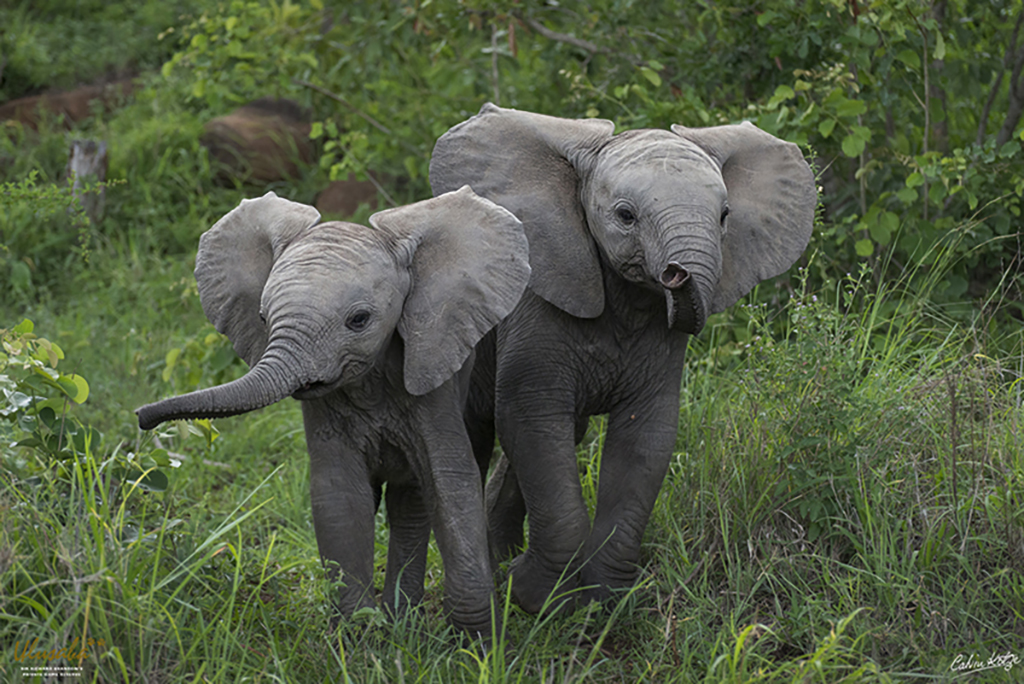 We're so lucky to have the privilege of viewing the African elephant which is the world's largest land mammal. The ancient rock paintings tell us that elephants lived in the Sahara before it was a desert. Once it became a desert elephants distribution was pushed further south where they were forced to move in search of food and water. African Elephants are now mainly limited to protected areas where conservationists try to offer them a home free of human danger. But this in itself has problems.

Ulusaba forms part of the Greater Kruger National Park which is home to an estimated 13,050 elephants. Elephants are highly sociable animals that form large herds of related females and young males. These herds are led by a female know as the matriarch (usually determined by age) once a female becomes too old to lead the herd she will abandon the herd (between 50 - 60 years of age) where the next oldest female will take the roll of matriarch. The home range of female herds depends greatly on the productivity of food in the area. 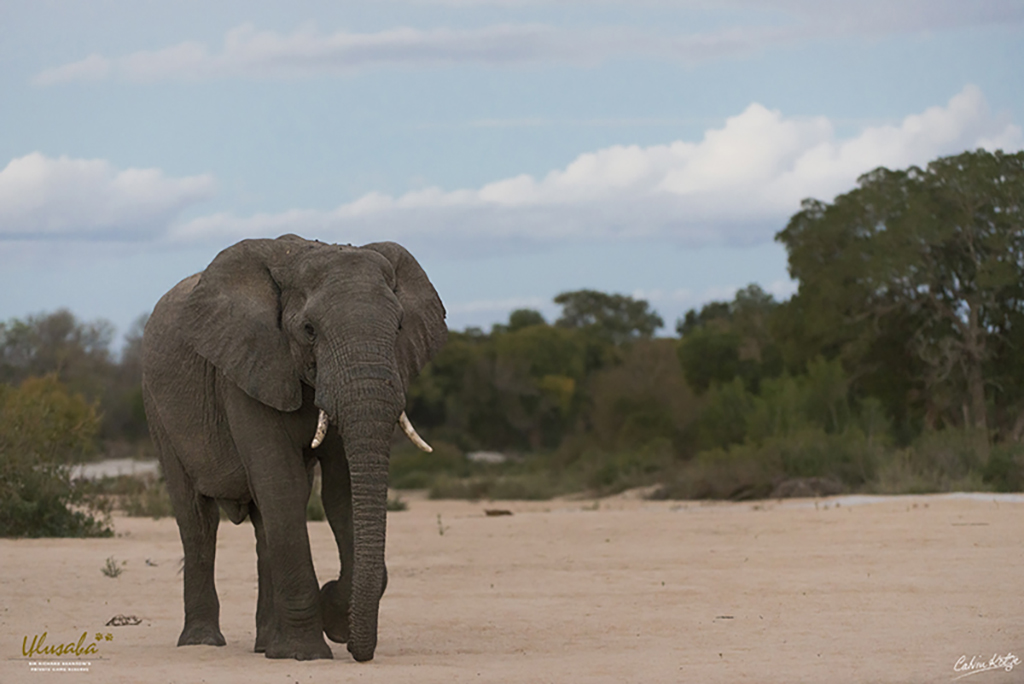 Bulls usually leave the heard at around 12 years of age and sometimes follow the heard from a distance until they become independent. Sometimes bulls will form bachelor herds ranging anywhere from 2-144 bulls but usually numbers of 2-14 are more typical. Bulls tend to cover larger areas especially when looking for a female to mate with. They tend to frequent small core areas during periods of sexual inactivity.

Elephants are known as mixed feeders and feed on almost any plant material. They spend up to 16 hours a day feeding and their diet varies seasonally. Elephants will often select the most nutritious and palatable plants that are available in quantity and generally consume about 5% of their body mass each day. Large bull's will need around 300kg of food daily where as large females will need 170kg of food per day. They are highly dependent on water but can go for several days without drinking. 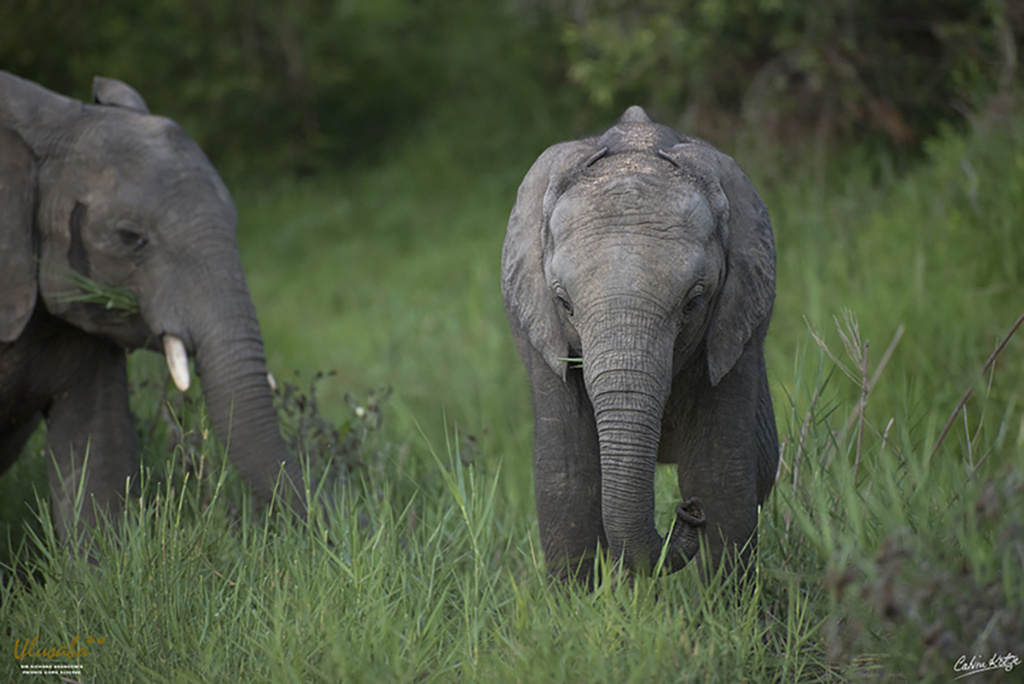 The problem with keeping these giants with in the confines of a reserve (no matter how large) is the environmental impact that they cause. Elephants have the highest environmental impact out of any other mammal. Although they are a keystone species in the thicket biome, when confined to a specific area, elephants have the ability of turning dense woodlands into grasslands by means of tree destruction. This is to the detriment of many other species. When not confined elephants play an important role. They create animal paths, pans and even bring food into the reach of other browsers by pushing over trees. In doing this they also contribute to soil turn over as well as habitat creation for smaller animals. The root of the problem is confinement.

Conservationist have tried to come up with a number of solutions in aid of giving elephants the space they need in order to try reduce the impact they have on the environment. One of these solutions is a Trans Frontier Park. By dropping the fences between boarding reserves we create more space for these giants to move around more freely, allowing them to use more resources. Another solution that is being implemented is wildlife corridors. These are strips of land that connect wildlife populations that have been separated by human development. These corridors allow animals to move more freely and may prevent inbreeding in areas that were isolated.

The biggest problem we face in the future is the rapid growth of the human population and the development of land. With each new house that is built there is less space for wildlife.

A heart filled thank you to every guest who visits Ulusaba and other conservation areas. Without all of you, we would never be able to do what we do and offer these animals safety and freedom.

Calvin Kotze and the Ulusaba Team!!! 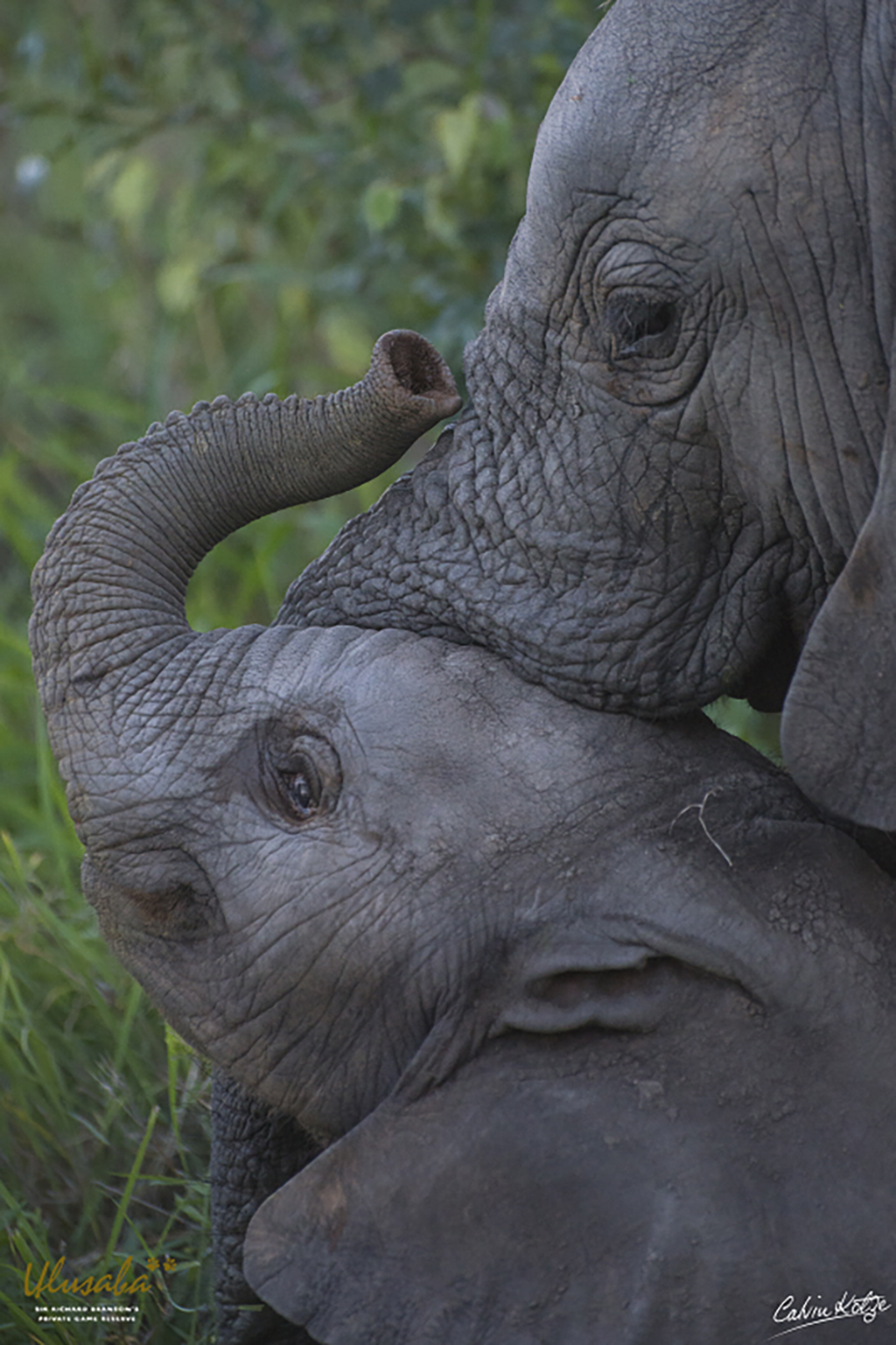