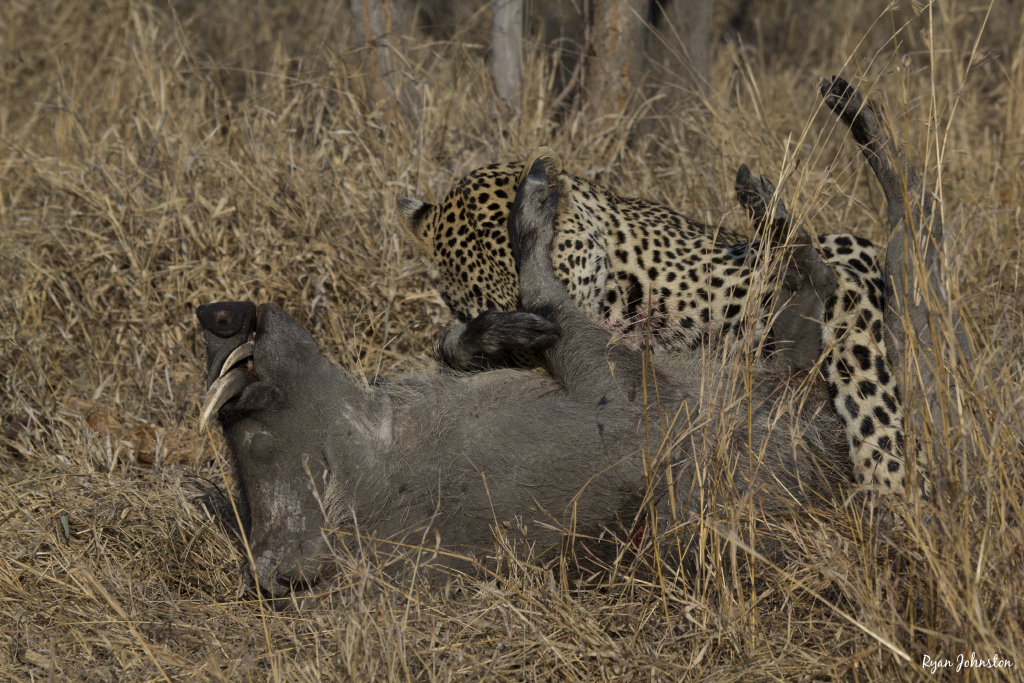 Over the last few weeks, our poor warthogs have had a bit of a rough time as a few of them, large and small, have been picked off by some of the predators and I was lucky enough to be there on two of these occasions.

The first sighting happened about two weeks ago. We had just left a male cheetah that was resting up on a termite mound when I happened to be on the right radio channel at the right time. As the other Ranger started talking, I could hear the blood curdling scream of the warthog! I was very close and managed to get myself into the sighting just after it had started. It was the young Ravenscourt male leopard and a large warthog boar in full combat. The leopard had the warthog on the back of the neck and was chewing at the spine. It didn't take him long to flip the warthog over though and that was when the gory bit started. 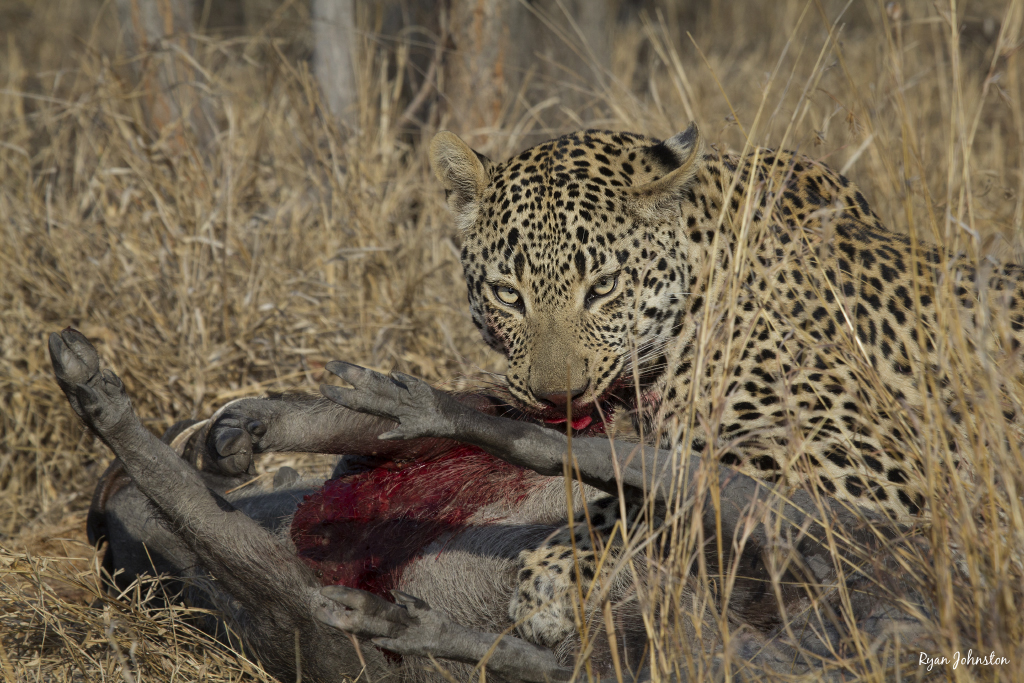 The warthog's neck was way too thick for the young leopard and so he had to find another way of immobilizing his quarry. He did so, by first severing the tendons in the front legs, meaning that the warthog could not run away, and then he did the unthinkable he ate straight into the chest cavity, destroying the lungs. From start to finish, we were there for a good forty five minutes before the warthog finally died. The exhausted leopard had to rest for some time before he was finally able to feed. 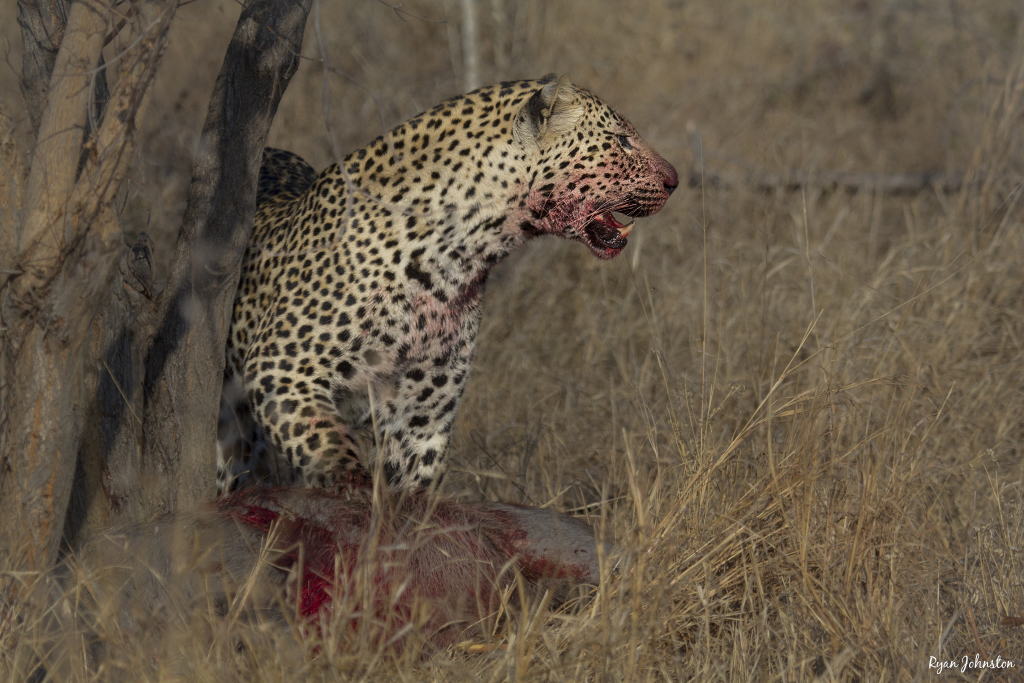 The second kill happened yesterday morning. I had stopped for a coffee break and was just away from my guests for a few minutes, when I heard the screaming of another warthog in distress. I ran back to my vehicle, getting my guests to empty their half drained coffee mugs so we could try and get to the animal while it was still making noise. It didn't take us too long to locate on the two Othawa sub-adults, killing a large warthog sow. The young lioness had shifted her grip and had silenced the warthog, a good move as the squealing could have attracted the attentions of other predators. 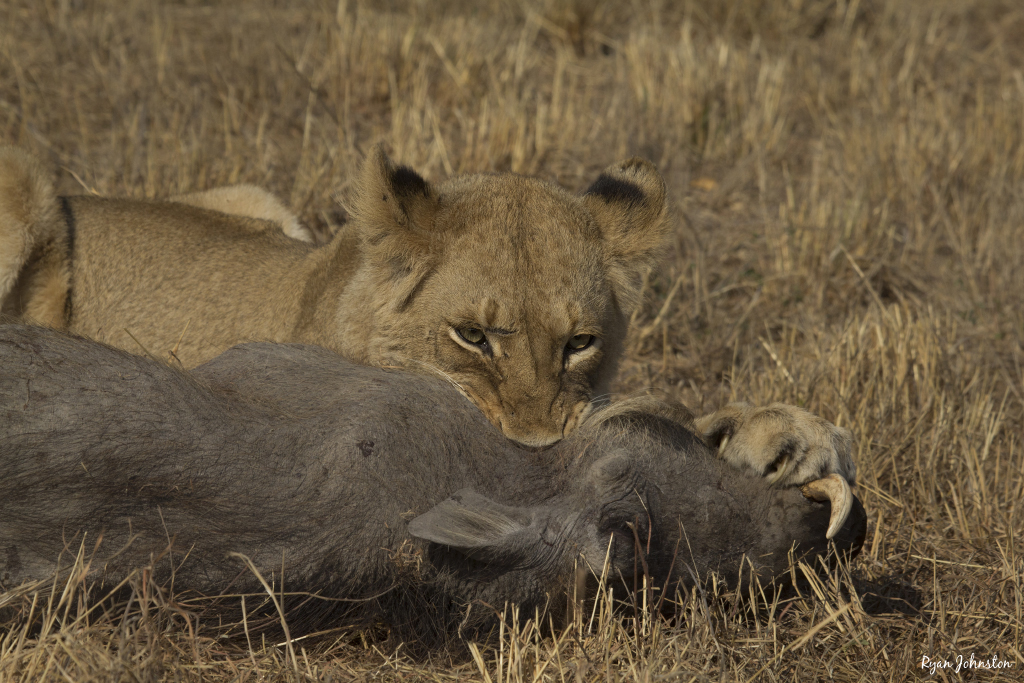 Without the back-up of the adult lionesses, the two youngsters would most likely have been easily intimidated and chased off. But the little lioness did a good job and she managed to kill the warthog while her brother started to gorge himself. We watched as the two of them fed, before moving off to give the other guys a chance. 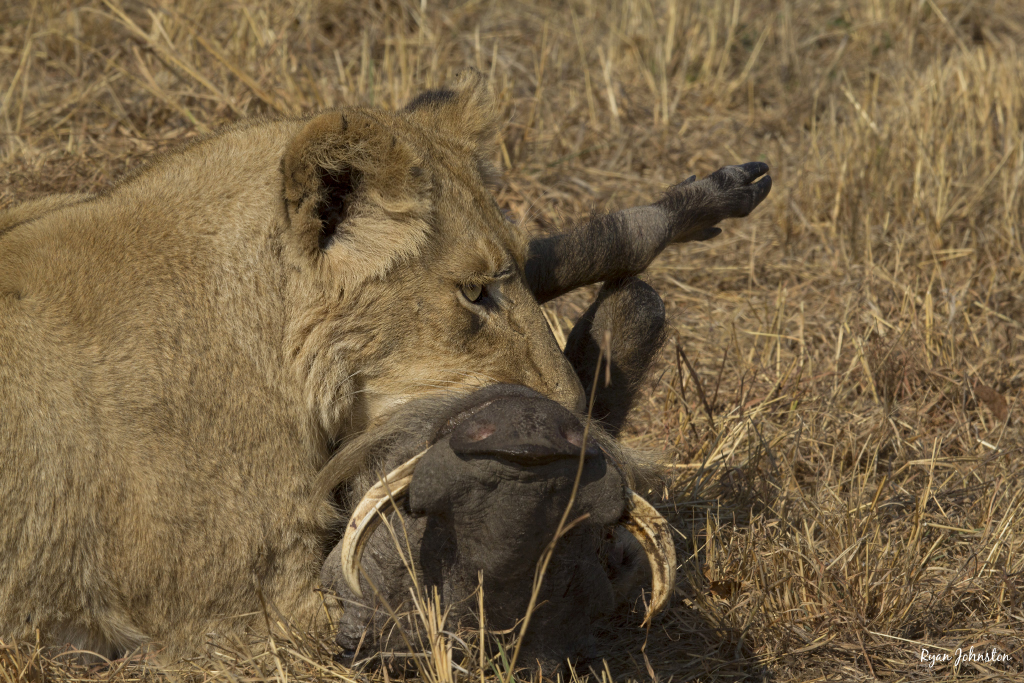 Warthogs are difficult animals to kill, being exceptionally strong and having those massive tusks that can do a lot of damage. The young male leopard will have a good scar on his flank as a reminder of the day. What is good, is the confidence and experience that all of these young cats would have got from these kills. 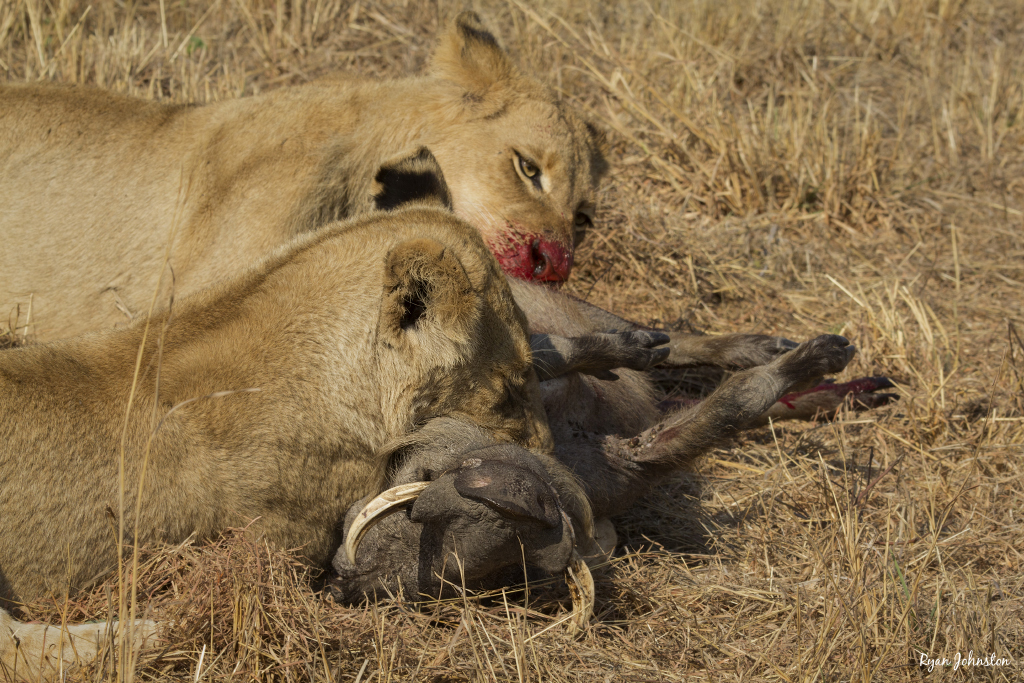