Ulusaba bush news: A sighting of a lifetime 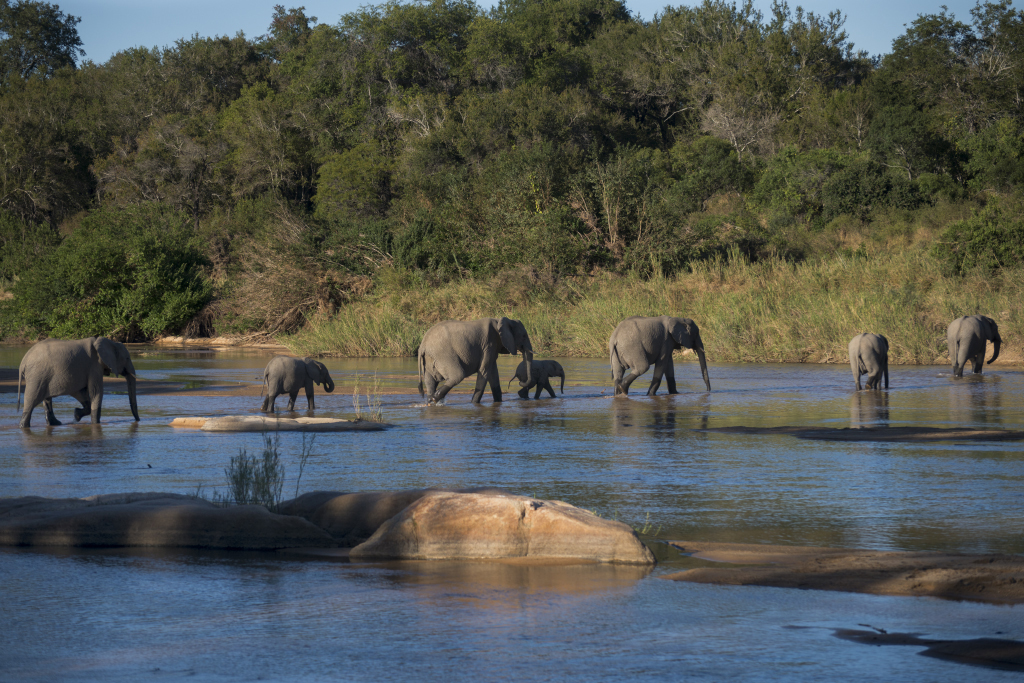 Its 5.30am and our guests receive their wake up call. No one knows what today might hold. There is a cold breeze this morning as we all anticipate the approaching cold front. All of us have our coffee and we head out on safari...

We notice the glow of the sun just below the horizon and stop to watch a beautiful African sun rise and l look forward to feeling her warmth on our skin.

Rico calls me and lets me know he has fresh lion tracks, and the tracks tell us a story of the cubs being with them. Phil and myself move into the area with Rico to begin the fine art of tracking these magnificent animals. 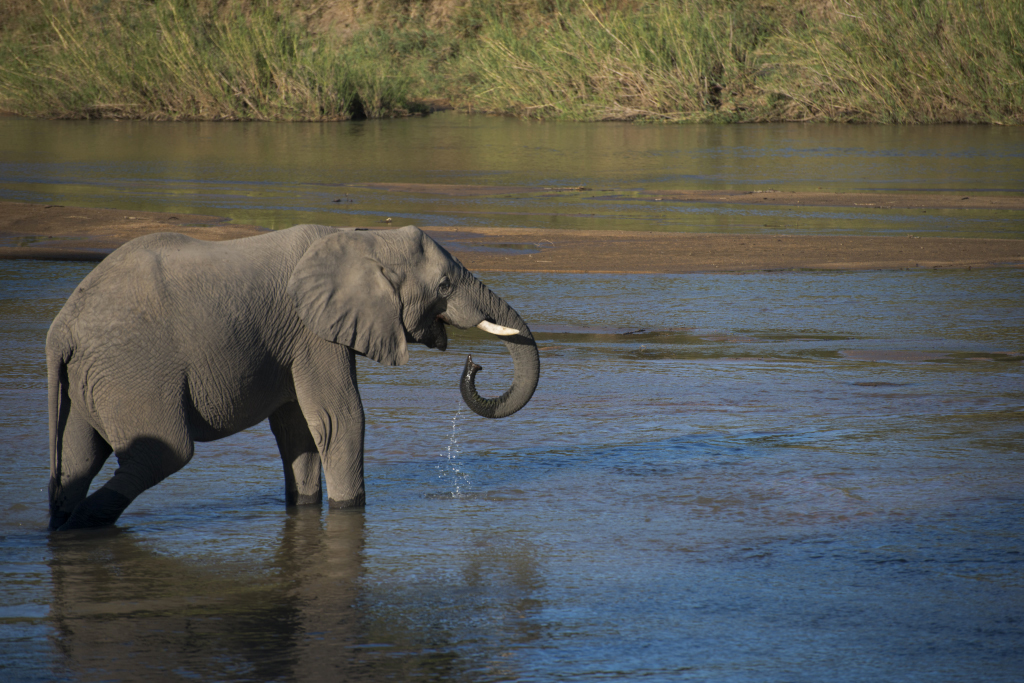 We followed the tracks back east, Phil calls us to let us know there are some elephants at the river. Being close by I thought we should go see them and hoped we could see them crossing the river but I never imagined what was about to unfold. 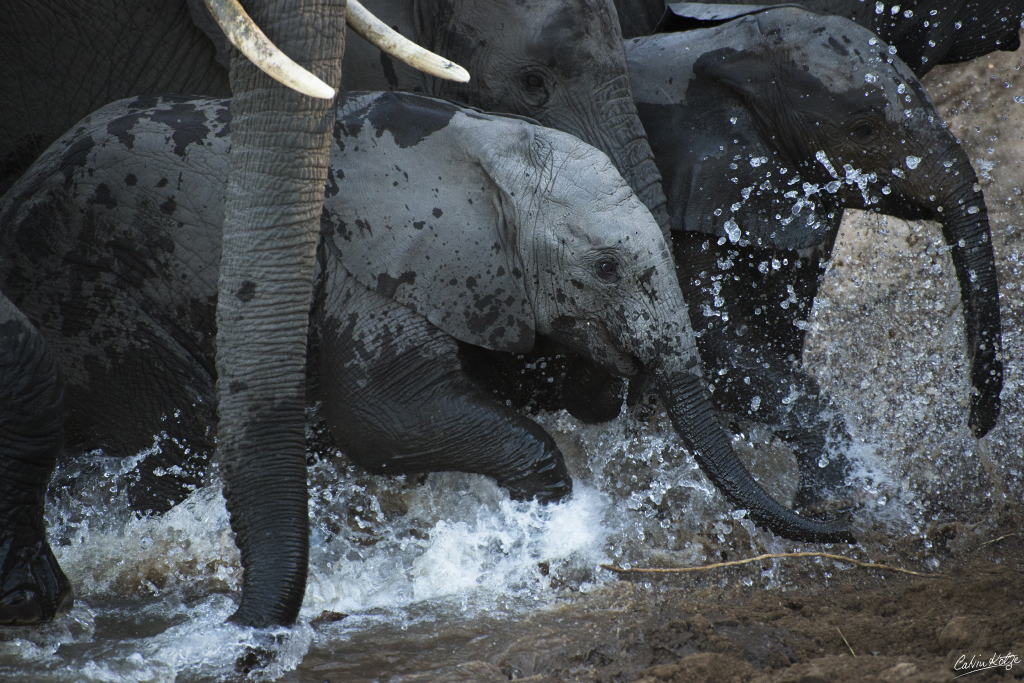 I noticed some elephants drinking and made my way down to the river and positioned the Land Rover in the shade. I called Rico and told him to go to the southern bank. Rico arrived as the small group of elephants we were watching drinking began to cross.

There is just something so special about seeing the world's largest land mammal cross a historic river such as the Sand River. For countless generations mothers have taught their young that the Sand River is a good source of water during the dry months and what made it more special was we were seeing this lesson taking place right in front of us. 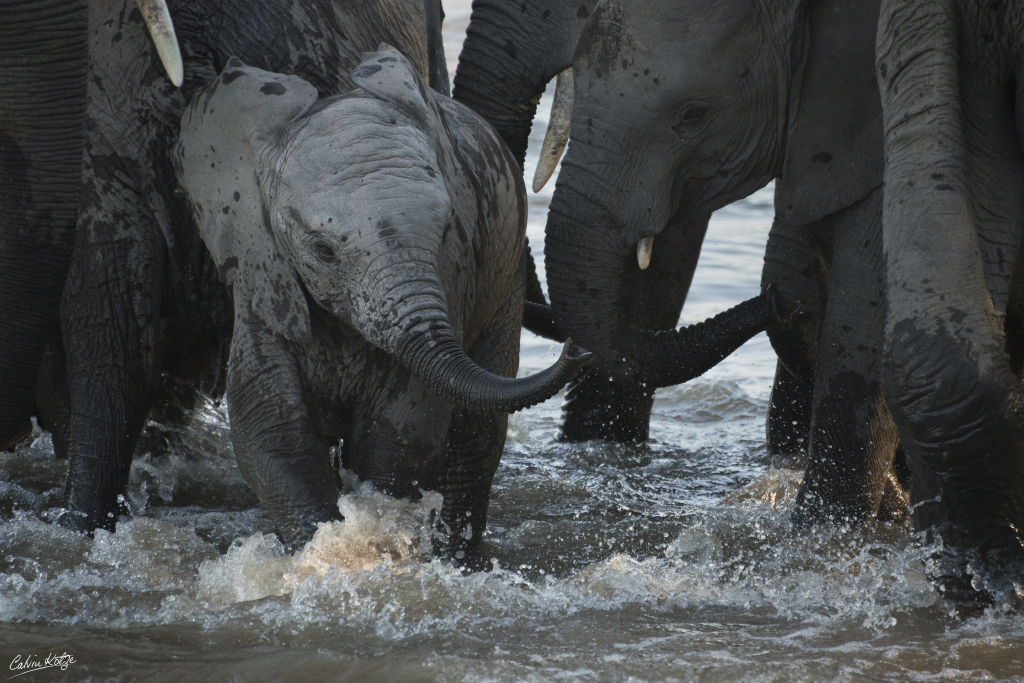 The small group had not even finished crossing the river before the next group of elephants started making their way down to the river. This behavior continued for over 40 minutes and we estimated there to be over 200 elephants that came down to the river, drank and crossed. I have never felt so privileged to be part of such a mass movement of mammals and a lesson that would have taught the future generations where to go for water in the dry season.

No matter how I try explain the events of that day, it is just impossible to articulate the experience. I hope you enjoy the photos that we captured. 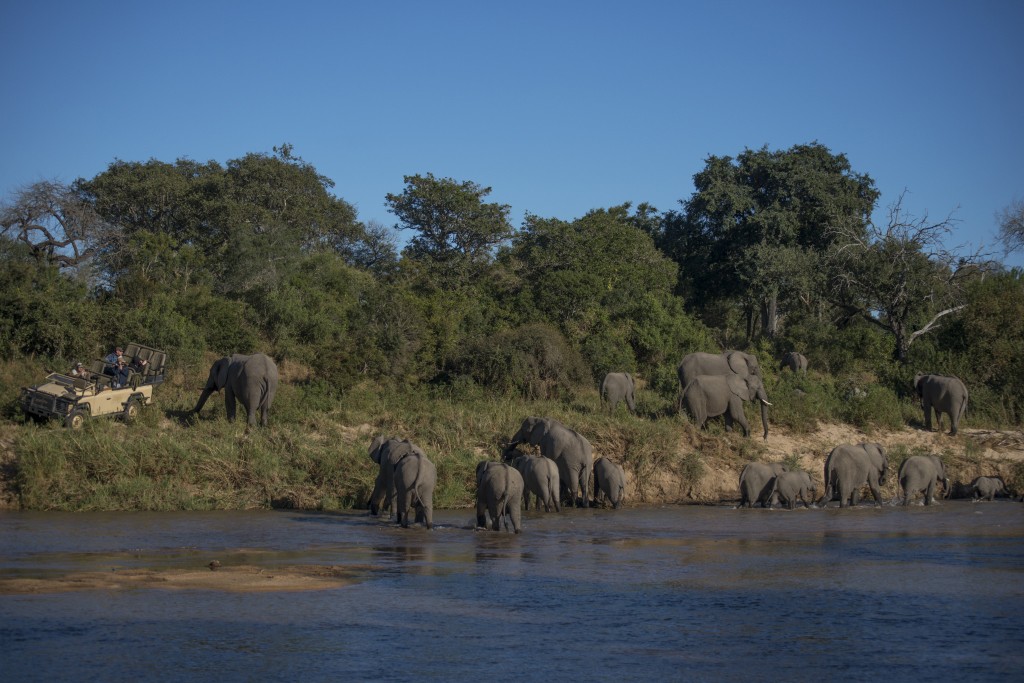