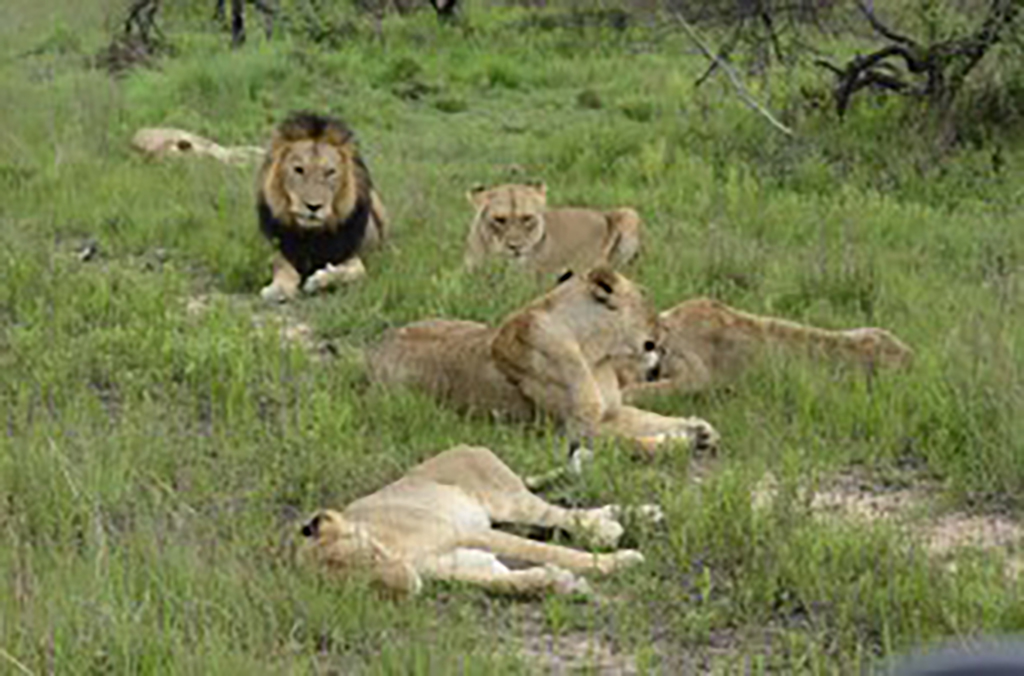 When we arrived there were not just two lions as expected, out of the bushes one at a time emerged the three adult females and behind them one Majingilan male. This was the first time we had seen an adult male with the pride in 11 months, so we were all on edge about how he was going to behave with the cubs. The Majingilan pride have been running chaos to the western sector of the Sabi Sand Reserve and have wiped out one pride altogether and have left only 3 Ottawa females. It's a known fact that when male lions take over a new territory, it is typical for them to kill any existing cubs so as to induce the females to mate again and to remove the gene pool of the ousted males. Avoidance tactics are generally deployed by the females, sending one adult female to mate and distract the males, and the other females to get as far as possible to keep the cubs out of sight and safe 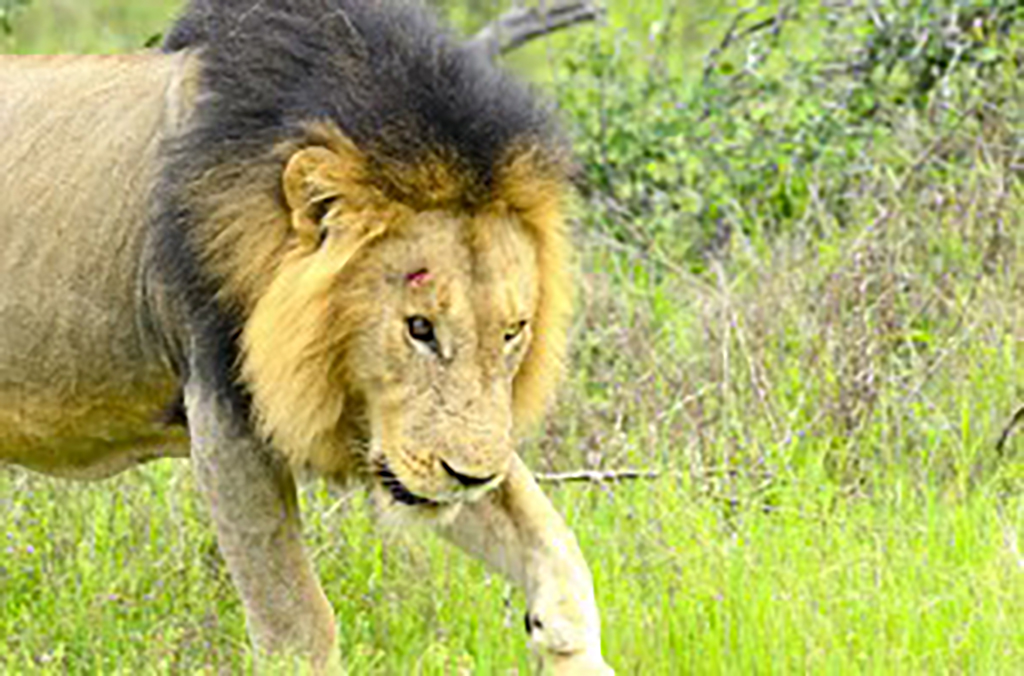 The Majingilan male stopped short of the rest of the pride and laid a little way off, but in the half an hour that we were there inched closer and closer all the time. Accompanied by those deep, rumbling growls, from both male and females, the situation was tense. As if on cue, one adult female and the young male cub got up at the same time to move off, and the Majingilan leapt up with a roar, high on his back legs and took a swipe at the younger male. Mum intervened, fighting fiercely for her boy. It was all over in seconds, the Majingilan well and truly beat, cut on the eyebrow and all, and Mum and son moved away to lie with the rest of the pride. Nothing else happened after that, they all fell asleep and we were left feeling all together quite puzzled by the interaction. One thing we did notice however was that one of the females had a very large belly and extended nipples, a clear sign that she could in fact be pregnant, explaining their acceptance of the male.

Although he was still lying separate from the rest of the pride, he still moved when they did. Tensions were clearly still high, though it seemed that relations had settled. Fingers crossed for the young male, watch this space for further updates on him and possible news of new cubs for the pride. 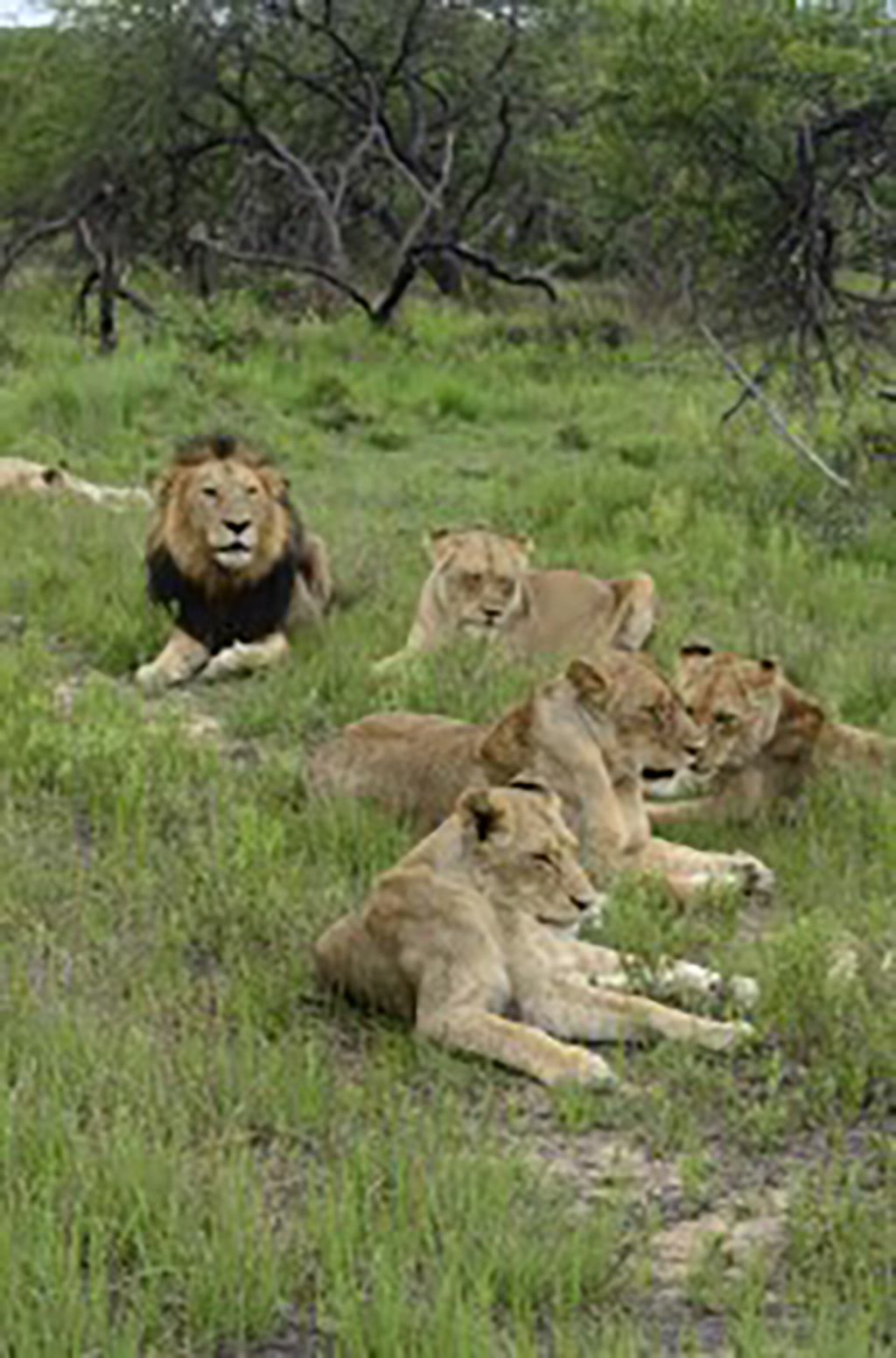