Late last year on of our very experienced Trackers, Jack was injured on game drive. After a speedy recovery, we're happy to report that Jack is back doing what he loves to do. One of his first experiences out in the bush, he insisted he wanted to ride back on the tracker's seat.

As the universe would have it, they encountered the leopard that he was tracking on the day he was injured. A few minutes later, they encountered a buffalo wallowing in a mud puddle, Jack indicated with hand signals (as they do whilst tracking) for Ranger Sean to go closer to the buffalo. Sean obliged and Jack had a very personal conversation with the buffalo, then looked him in the eye and said in English, the lions are going to get you very soon.

Thanks again to our Ulusaba family and guests for your love and support. It really means a lot to us and certainly to Jack. 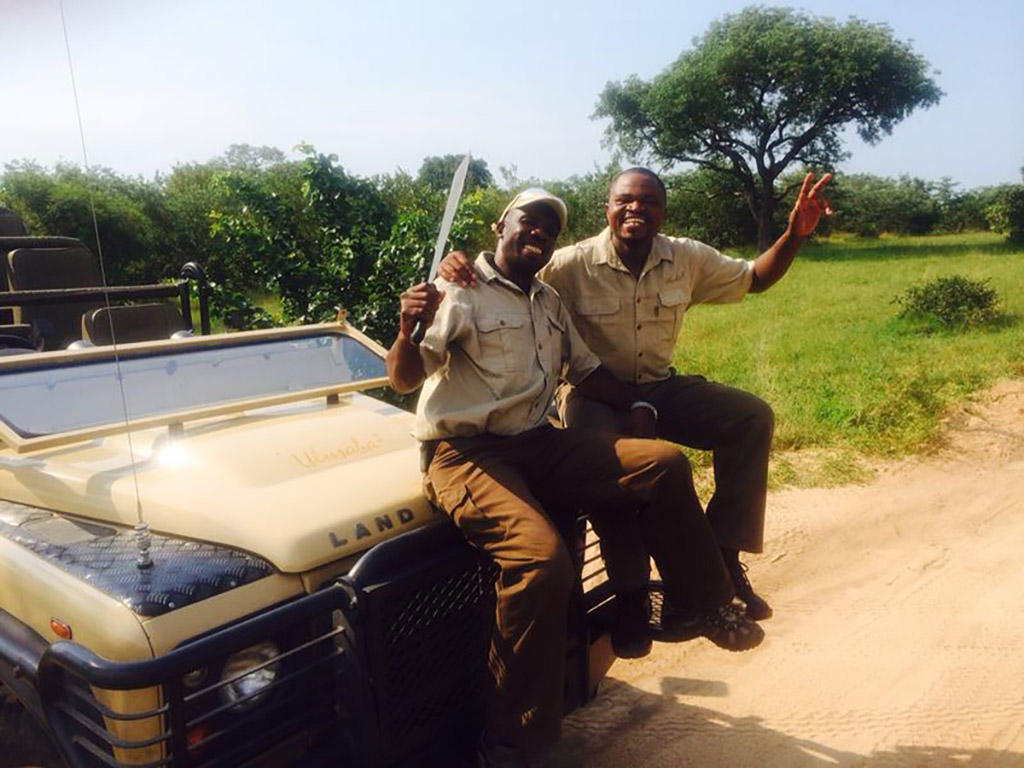