After having received some much needed rain, the bush has responded by showing hints of color. The Jackal berry trees are all fruiting by the river as well as by safari lodge much to the delight of the resident vervet monkeys and baboons. The Weeping boer bean trees are also flowering bright red and their nectar is attracting many birds. The Wisteria trees are flowering too lending their purple color to the bush. Knobthorn trees, with their fragrant yellow flowers have become a favorite of giraffe, elephant as well as various birds and monkeys. Many of the bushwillow trees are sprouting new leaves, providing a fresh treat for the browsers such as kudu, nyala and elephants. 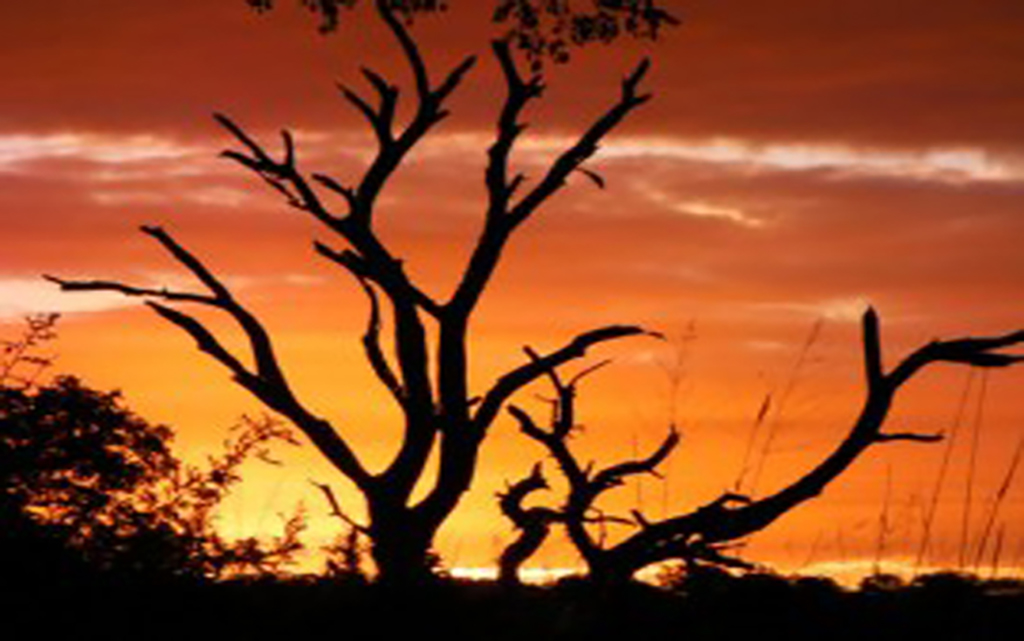 We have experienced some lovely hot days over the past couple of weeks and the mornings and evenings have been refreshingly cool. By leaving just before sunrise in the morning and just after the heat in the afternoon, we have been able to enjoy some lovely sightings on safari.

The Ximongwe pride has finally joined up and we have been able to view the remaining 2 smallest cubs with their older siblings. The pride has been spending much of its time close the sand river where the females have been hunting. Being able to get up close to a family of lions with such small cubs has been a real privilege. For the most part, the smallest cubs just get on with their play fighting but sometimes they have shown an interest in the Land Rovers. One afternoon, the pride was lying in some tall reeds by the river. We could just make out the shapes of the adults and see some movement of the cubs. After a few minutes, one the cubs broke cover and walked right up the the vehicle. Soon after he was followed by his brother and we managed to get some amazing photos of the two of them lined up on the road with the afternoon light. With a little perseverance and luck, sightings of this pride have become a real highlight for guests at Ulusaba. The three remaining dominant males have also been seen patrolling their territory here in the west, so far having avoided further confrontations with the eastern male coalitions. Guests who have herd them roar on a still night will not soon forget it as they call to advertise their dominance. Their continued dominance ensures the survival the all the cubs. Of course we want to continue to enjoy watching the cubs grow up but are prepared for the eventual takeover that inevitably must occur as the males move further past their prime. The coming months should prove to be very interesting....

I can't remember a time when there has been such a diversity of leopard sightings at Ulusaba. With several males leopards vying for dominance as well as a couple of sub-adult males roaming around, the once elusive sighting of a male leopard has become more frequent. The various females, apart from Shangwa, have yet to produce new cubs. Some guests were even privy to a war over dominance on the banks of the Sand river. Two of the larger male leopards were sighted patrolling their territory west of Kirri crossing. Xinzele approached Mashiabange salivating which often precedes a battle. Both began a deep growl and slowly moved closer together. After several minutes of posturing, they both charged forward with flailing claws in a fury of loud coughing calls. The battle was over in seconds, leaving each with a new set of scars. Xinzele was sighted the next day with a couple of small puncture wounds to his chest. With so many females available for potential mates, these fights are paramount to ensure the strongest males are able to put their genes forward. The Xlabankunzi female leopard has been seen recently with one of Mitsi"s sub-adult males. She had made an impala kill but after having enjoyed it for only a day, she had to give it up to the young male who arrived to scavenge a meal. Being newly independent, he is having to kill for himself which can be challenge along with avoiding the attentions of the larger males. The chance to secure an easy meal must have been too good to pass up. We could see the female resting atop the banks of the Mabrak river next to a large weeping boer bean tree. The male was heard shifting amongst the bushes below with the remains of the kill. After hearing him growl a few times, we knew that it must be the shy male who had stolen the kill. Struggling for a good view of the female, we were finally rewarded when she left the drainage line and crossed an open field in order to drink from a nearby dam. We managed to get in position on the opposite bank with the sun behind us creating the perfect reflection shot as she began to drink. The day was windy so she would often look up and over her shoulder. Once she was satiated, she relaxed on the raised bank providing us with amazing photos with blue sky as a backdrop.

The large herd of buffalos have been sighted around ulusaba over the past couple of weeks and were even seen in front of Safari lodge as we enjoyed our breakfast one morning! A herd of about 100 buffalos made their way along the Mabrak river past the elephant rooms on their way to the pan in front of the lower deck. There were also some kudus quenching their thirst but they made a hasty retreat when they saw the herd approaching. Apart from the buffalos, several elephant bulls have been sighted from the Safari lodge as they move from the lodge to Skwenga dam. With the advantage of its elevated view, guests at Rock lodge sighted a lioness at the camp pan as well as a large male leopard below Cliff lodge over the past few days!

Earlier this month, many of us were honored to participate in a ride for rhinos where we created an awareness about the plight of rhinos and the problem of rhino poaching in the communities surrounding the reserve. It was a great day and there was a very good turn out. Sightings of the mother and calf have been excellent as she has been spending most of her time around ulusaba. The little calf is as cute as ever, keeping close to its mother and giving the occasional squeal as it bounds along behind her. The other day on a quest for zebras, we were delighted to see eleven rhinos in the single morning drive! There was a crash of six with a mother and calf attended by a male, two males running around jousting with each other and finally the dominant bull quietly plodding along grazing past the vehicle. We knew his dominance by his size as well as the way he kicked back his dung when he added his mark on a midden. We sighted a lone bull further north when we got on the tracks of the zebras. We found the zebras close to Sarie"s koppie along with a startled herd of impalas who had just sighted a hyena walking by. As we made our way back to the lodge, we saw the mother with her small female calf and two males further along the clearing on mambosa road. It was a real treat seeing so many of these gentle giants in one day!

As we await the start of the rainy season next month, there are subtle signs of change in the bush as we mover further into spring. The frogs are starting to call by some of the dams at night and there are a handful of beetles that have enjoyed an early emergence over the past few days. The winter constellation of Scorpio is being seen further to the east at night as we await the arrival of Orion and Jupiter. With the clear nights, the milky way is splashed across the sky with its numerous delights waiting to be enjoyed at our observatory. We are all really looking forward to continuing this story with you and hope to see you here soon!

Best regards from Phillip and the Ulusaba ranger and tracker team