We are well into winter as we end the month off and move a little closer to spring. The bush is at its driest state even though we had a night of decent rain on the 14th July.

Sightings have been great again with lots of kills being made. Small antelope find it difficult to acquire sufficient food now in the winter and are therefore attracted to camps that have well looked after lawns and flower beds. This naturally will attract their predators and we have had leopard and lion on several occasions hanging around camp. Xinzele male leopard has been seen around Safari Lodge twice this month. We had a mating pair of leopards keeping us awake at early hours of the morning on the
23rd and in the morning we followed up to see who the culprits were. To our amazement it was Tlangisa female from the south of our traversing and Mandlevan male. It's a privilege to be apart of these majestic cats world! 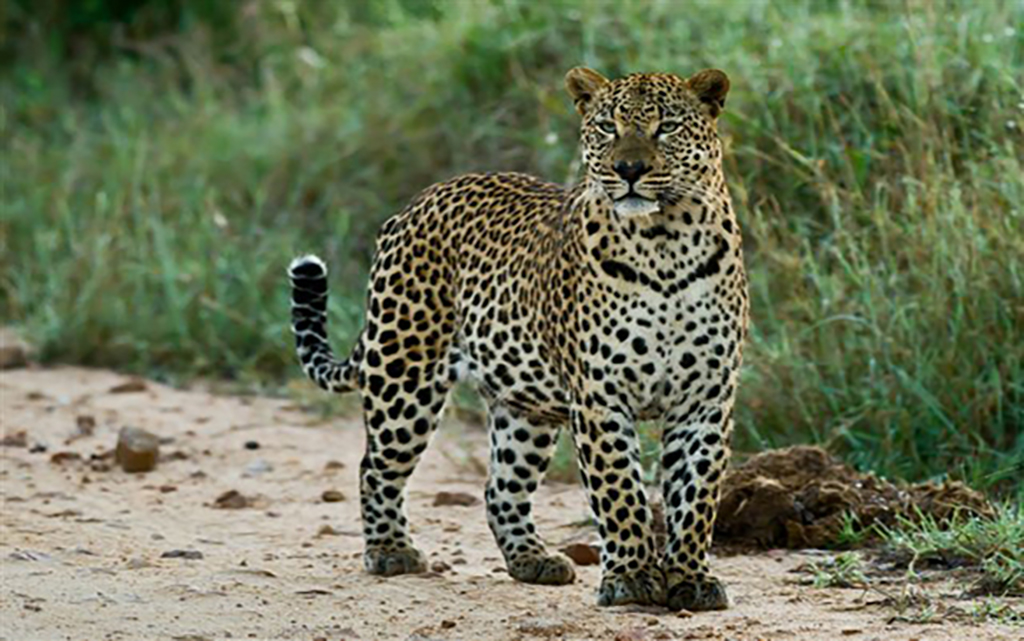 The Ximungwe lions have given us great entertainment this month with their cubs been seen often. One morning we found 4 females and 4 cubs feeding off a fresh waterbuck kill just north of Rock Lodge. In the afternoon Sean and I went to look how much they had consumed. They had done damage to about half of the antelope and were just lazing around like lions do after a feed when all of a sudden a small herd of buffalo walked into the area. The lions went automatically into stalk mode and as the buffalo got to within 20 metres of them they attacked. They ran past us with thundering speed and we could actually feel the earth vibrating, but the lions were too full to give a proper chase. It just goes to show how instinctive and opportunistic these big cats are.

Another sighting worth mentioning was when Xinzele male leopard found Xikhavi female leopard near the river with a kill. He joined her on the kill which also shows us the opportunistic behavior of leopards. Trevor came to the place the following morning and found the Ximungwe lioness with the 2 oldest cubs trying to get to the kill, which was up in the thin branches of a River Bushwillow. They were clumsy up the tree, unlike leopards, and they all came crashing down with the kill. Xinzele male leopard was still in the area but did not hang around too long!

Elephant are on tap at the moment and whenever we feel the need of a pachyderm fix we just head up to the Sand River. The river is a great attraction in the winter as most of the water holes are drying up so when animals need to drink we know where to find them. Not only is it good to find larger animals there but its also very scenic with large trees like Sycamore figs, Jackelberry, Leadwood's, River Bush willows to name a few. Birding can also be very rewarding along the river as well as crocodiles basking out on the now exposed sand banks.