Seasons Greetings to All

Yes it is that time of the year again, the end of 2009 is near and here in the bush we know it's due to all the babies around us, from impala lambs, warthog piglets to elephant calf's and the list goes on. All these babies started to appear after the first good rain we got.

The reason why the females wait for the first good rain before they give birth is obvious now if you look at the huge amount of green grass that popped up after the rain - this is good nutritious food for all the animals and it also helped with the milk production of the new mums. 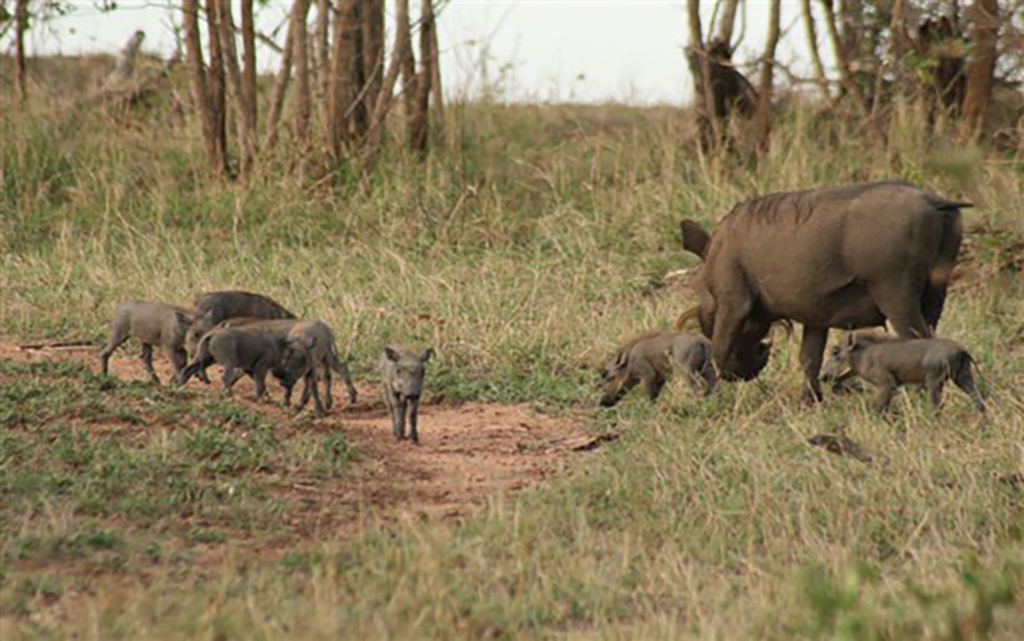 Apart from the wet game drive that we had some days, the warm summer days have already reached temperatures of 35 degrees Celsius and the distant lightening and rolling thunder is telling us that summer is in full swing.

To give u a bit of an update on what has been going on, on game drive with the sightings lately, it is difficult to decide where to start.

Let's start with the lions around safari lodge, the three males and the Xhimungwe pride chased a small herd of buffalo in front of the lodge where it turned into a standoff between the lions and the buffalo. Then it happened that the lions got chased underneath the elephant rooms where they regrouped and then started the attack again and eventually managed to kill a year old buffalo calf just out of site of the guests at the lodge but they could hear it all. The oldest male of the coalition has also been spotted mating with one of the Xhimungwe females for a couple of days. Then last but not the least on the lions is that although we have not seen the cubs yet we know now that one of the Xhimungwe females has given birth - we know this by seeing suckle marks on all her teats and the fact that she revisits the same place over and over on the hill between safari lodge and rock lodge.

We also had some new faces appearing like the young male leopard around Skwenga dam, we don't have any record of him but he was a great sighting as he turned out to be relaxed around the land rovers, and then there is also a new skittish male in the north. Tegwane is still the star of the show with the females still following him around instead of the other way around - this time it is Xikavi chasing him around! Then with all the impala lambs around we had a lot of kills from all the regular leopards like Mabhiri, Makhubela, Hlaba-nkunsi, Metsi, Tegwane, Tai dam, and the list goes on. Mabhiri and the cub are still going on well and we see them moving around regular.

To our pleasure we have had a big herd of 80 elephants moving around the property and even coming for a swim in Skwenga dam a few times.

The naughty male elephant that came into safari lodge is finally leaving us alone as he's got enough food in the bush now.

With summer here we have had a lot of rain, even five days nonstop which we are not complaining about - we need this good rain to survive the dry winter months.

Enjoy the festive season ahead!

From Johan and the Ranger/Tracker team