With a glass of champagne in hand and a toast to the New Year we were celebrating the beginning of 2010 in the bush - witnessing a special astronomical happening that last occurred in 1990 and won"t roll around for another 19 years..."Once in a blue moon", has got nothing to do with the colour of the moon but rather has more to do with something that is very rare and extremely special. A second full moon in a calendar month with a partial lunar eclipse can only signify a good year for us and our guests at Ulusaba. And there's been lots happening on safari as well... 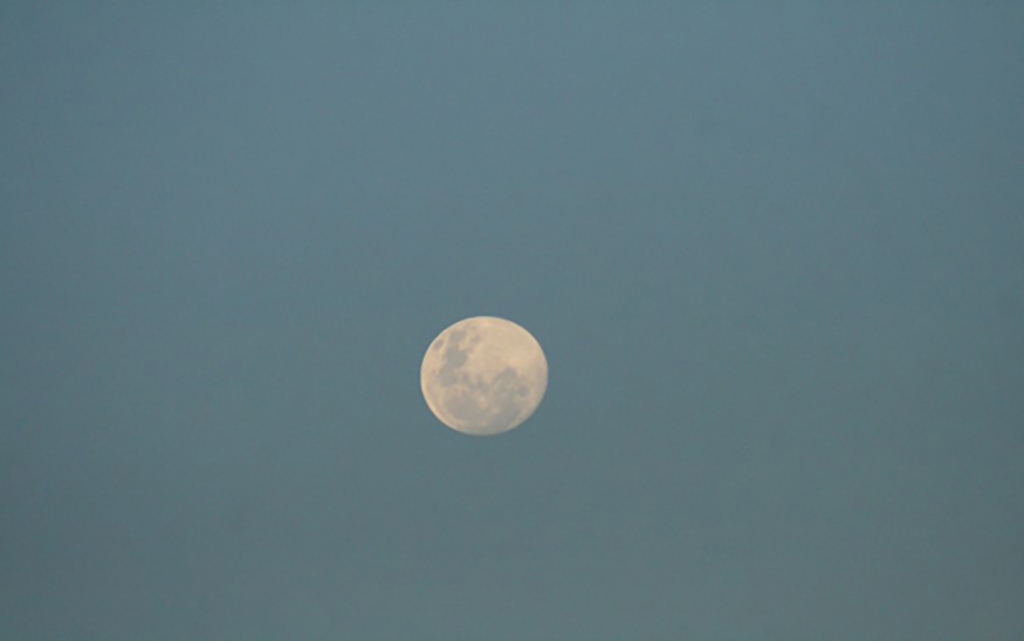 After one of our guests spotted a leopard drinking water near Rock lodge, Sam Ramden and I couldn"t wait to get down and follow up. On closer look, we could see a female leopard lying in the shade of a tree. Excitedly pointing out this well-camouflaged cat to the guest, we slowly walked closer to get a better angle to photograph this stunning animal. We identified the female leopard as the "Metzi female", who are known to be quite relaxed creatures...But something seemed wrong that day as she just growled at us and disappeared into the thickets. Confused, we moved out of the area wondering about her reactions but when one of the rangers mentioned a few days later that she looks like she might be lactating, it all made sense. Speculations are, that she might be denning close to Rock Lodge. She only just turned 3 in November and would certainly be a very young mother but we're keeping our fingers crossed that we will have new cubs on the property again soon.

The Tegwane male is definitely fitting into the profile of a dominant male leopard. He is moving large distances and has been seen occasionally around Skwenga dam. On an early morning walk with guests on Christmas day I spotted him in a tree. He is a large male and is becoming very methodical in his areas and territories he is patrolling.

Over the past few weeks we have seen the Ximungwe lion cub regularly as it is now introduced to the pride and some of the coalition (Mapogo) members. With so many newborn calves from general game including wildebeest, the pride has been very successful hunting over the last week where they have killed 2 wildebeest and the little 8 week old cub has been introduced to his first feeding frenzy.

It is fantastic news that one of the Ottawa females had four new additions to the pride which is often sighted in the east as she had the den site in the Sand River on Exeter property.

With the high density of lions on our sector over the last month cheetah viewing has been scarcer than usual with only occasional sightings of the adult male in the south. With an abundance of prey around he is often spotted with a full stomach. I was extremely fortunate when I saw my first full cheetah hunt in 8 years being in the guiding industry when a male cheetah killed a warthog. But a week ago luck almost struck twice when Philip and I witnessed a male cheetah chasing an impala which passed us in full flight, only to miss by a fraction.

Wild dog sightings were phenomenally good for most parts over the last few weeks, regular sightings of these endangered carnivores were common and on a few occasions we were even rewarded with sightings of them hunting and killing. Stewart Lowe and I were rewarded after hours of tracking when we found the pack of 6 devouring a wildebeest calf. Greg witnessed the dogs having a close encounter with the Ottawa pride on Inyati airstrip.

With the Marula trees bearing fruits now (even-though this high vitamin c enrich fruit is not entirely ripe yet), we have witnessed elephant bulls shaking these trees for the fruits then eating them from the ground. Soon the air will be filled with the sweet aromatic smell of Marula fruits in the Lowveld.

The rains have transformed the landscape into a green paradise with the pans filling up and the Sand Rivers level rising. Lively newborn antelopes seen frolicking around and newborn elephant calves mirroring their mothers are a common sight this time of the year. Birds are in breeding and fledging mode, frog choirs fill the nights and brightly coloured (sometimes weird looking) insects are all joining the celebration of times of plenty and abundance.

Regards Marcelino and the Ranger Team