New year in the bush

As we near a new year and summer is in full swing we anticipate change.

Change in the bush comes in many forms such as vegetation, territorial disputes, cubs, lambs, calves, etc. Some of those changes in December that we observed were the density of vegetation. We have had steady rainfall and the bush is extremely thick and lush, making it harder and more challenging to find animals. Lots of antelope babies are still being born, dams are filling up and the Sand River is a minor torrent. 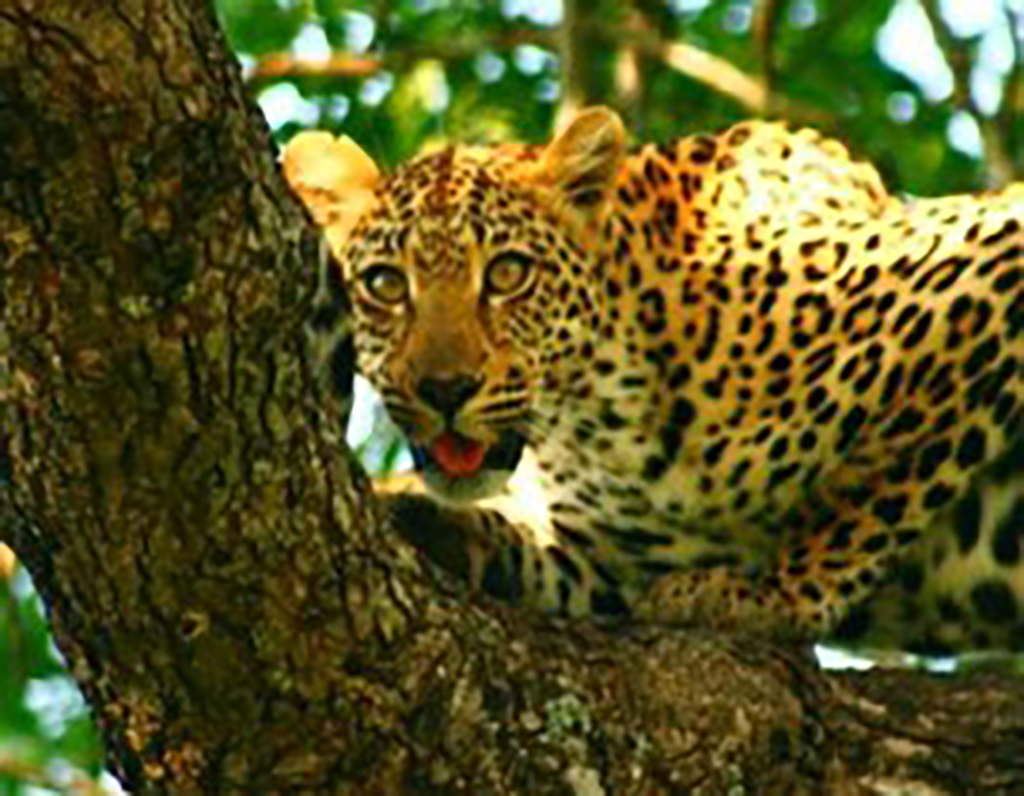 Sightings have been great and rather consistent, considering the thick bush. We viewed Wildog four times this month which is rather special as they are Africa's most endangered predator. Leopard sightings were great with Hlaba-Nkunzi being the most viewed out of the females and Xinzele male taking centre stage.

Xinzele as we understand is a young male of around 3 years of age. He is a large male for is age and is becoming a true problem for Tegwan male. Tegwan has been stuck on the northern side of the river and this is giving Xinzele the opportunity to move into areas usually occupied by Tegwan. This poses a threat as any cubs in Tegwans area are now under threat from being killed. A territorial dispute is inevitable and should make for interesting observations.

Lion sightings, as always have been very good with the Mapogo males being viewed almost daily. We have only been seeing 3 of the males which suggest that possibly another member of the coalition has succumbed to the new males to the north and centre of the reserve. It s only a matter of time before new males start proclaiming the area for themselves. The Othawa pride has been seen mainly in the north and east of our area and are looking great. Ximungwe females are doing well, and there is a positive feeling from the rangers that the female with the tip of her tail missing has gone up to Bruces Koppie to have cubs! Watch this space for updates! The female with the existing cubs are faring well and we have viewed them several times this month.

Elephants were few and far between in the beginning of the month due to the rainy season and the availability of new food and water sources. They tend to slow down their movements in times of plenty which proves harder to find them. As we near the end of the month they seem to have come back and we seem to be finding them a lot easier. Big bulls that are in musth are a regular occurrence which suggests that the breeding herds that are moving through the area contain females in oestrus and are ready to mate. Buffalo herds down south have been very reliable with 2 herds present throughout the month.

A highlight of the month was the afternoon drive of the 24th when we viewed the most amazing sequence of events imaginable. It all started with a few of us following up on some female and cub leopard tracks that we found that morning. What enveloped later put us all in awe. We found a lioness with her 2 cubs which we followed and to our amazement she found a half eaten impala. As she and her cubs were feasting Trevor, not 50 metres away found the female leopard and her cubs up a tree. Now the puzzle was complete. The lioness had stolen the kill from the leopard and had chased them off. As we sat watching the leopards I heard a death rattle of an impala. Sam then following the lioness and cubs, found an African Rock Python strangling an impala not even 30 metres from us! To make matters even more exciting was the fact that the 3 Mapogo male lions lay about 100 metres to our south and a pack of 7 wilddogs were also about 100 metres to our west! All of this happening in an area a little bigger than a rugby field.

Just shows what a magical and mysterious place the Bush can be!!!