The warm summer rains have transformed the bush into an explosion of green. The trees have all sprouted new leaves and there is an abundance of fresh grazing. Several species of birds have completed their migration from northern Africa and Europe to start breeding here at Ulusaba. Along with the many cuckoos and woodlands kingfishers, we have sighted several beautiful bee-eaters such as the European and carmine. The wildflowers have attracted many butterflies and now that the bush is saturated, the numerous water pools on the roadside now erupt in frog choruses every night. 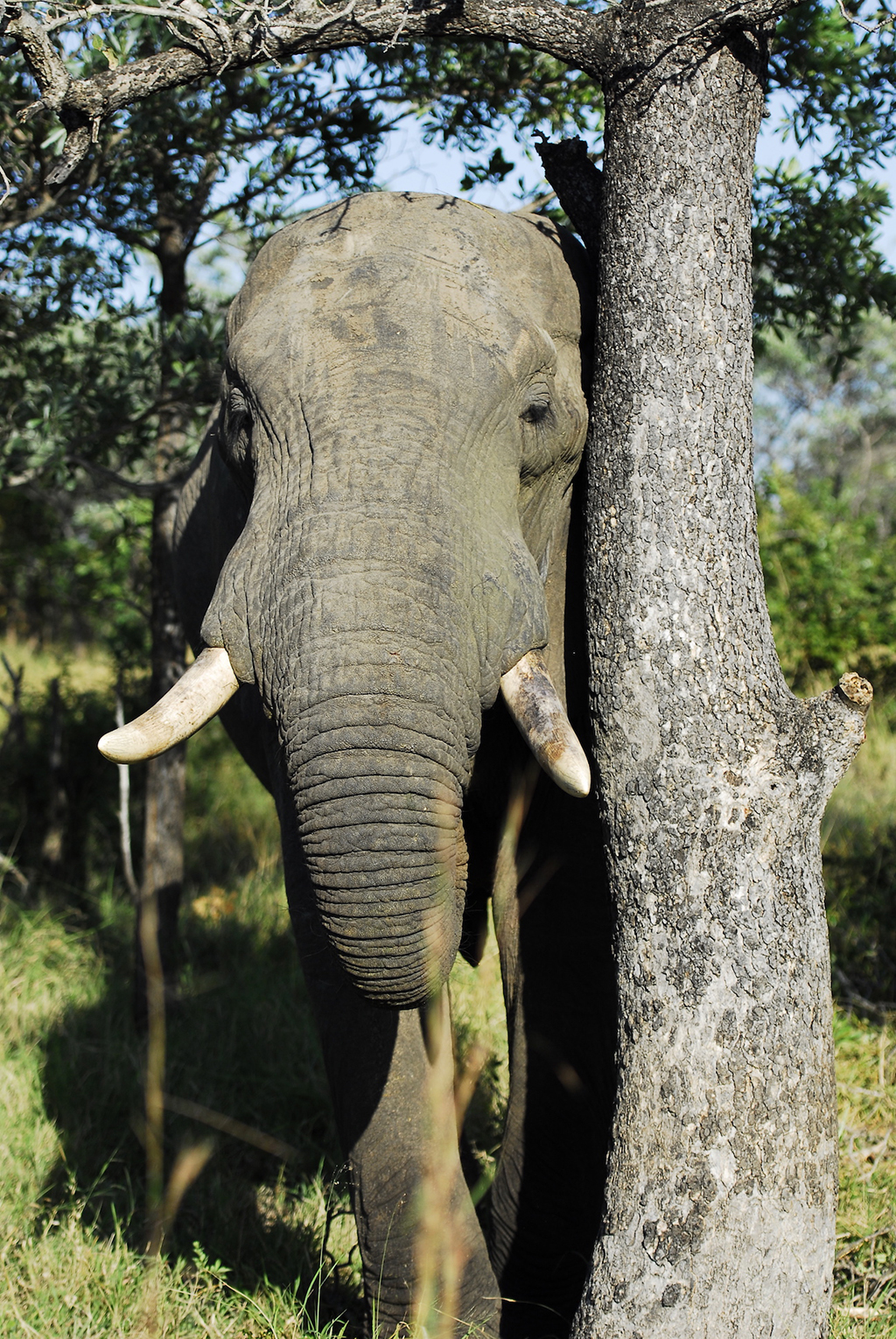 One of the major features when driving along the sandy crests are the large marula trees. Since December they have been producing their sweet fruits that are now beginning to fall to ground for all the animals to enjoy, including us! Everywhere you drive in the reserve you can see evidence of elephants feeding on these delectable fruits. Last night, as we drove home for dinner, we had to take a detour as the road was well and truly blocked. I could see fresh elephant tracks on the road along with signs of feeding on grass and branches. Being night, I always keep a lookout for elephants so as not to frighten them with the spotlight. We rounded a corner and up in the distance we saw a dark shape, a quick sweep of the spotlight revealed a large bull elephant standing across the road. We also noticed that his back legs were wet, marking him as a Mhust bull. This is a time in their life when testosterone levels increase as their focus turns to finding a mate. Knowing that they can be a little testy in this state, I stopped a fair distance away. It didn't look like he was in any hurry to move because he was busy eating marula fruits and as we watched, he repeatedly drove his head into the tree as the marula fruit cascaded down around him! Elephants can spend a lot of their time during this time of year delicately collecting individual fruits and tossing them into their eager mouths. In the end we took another road and headed home for our own dinner waiting for us at Rock lodge. 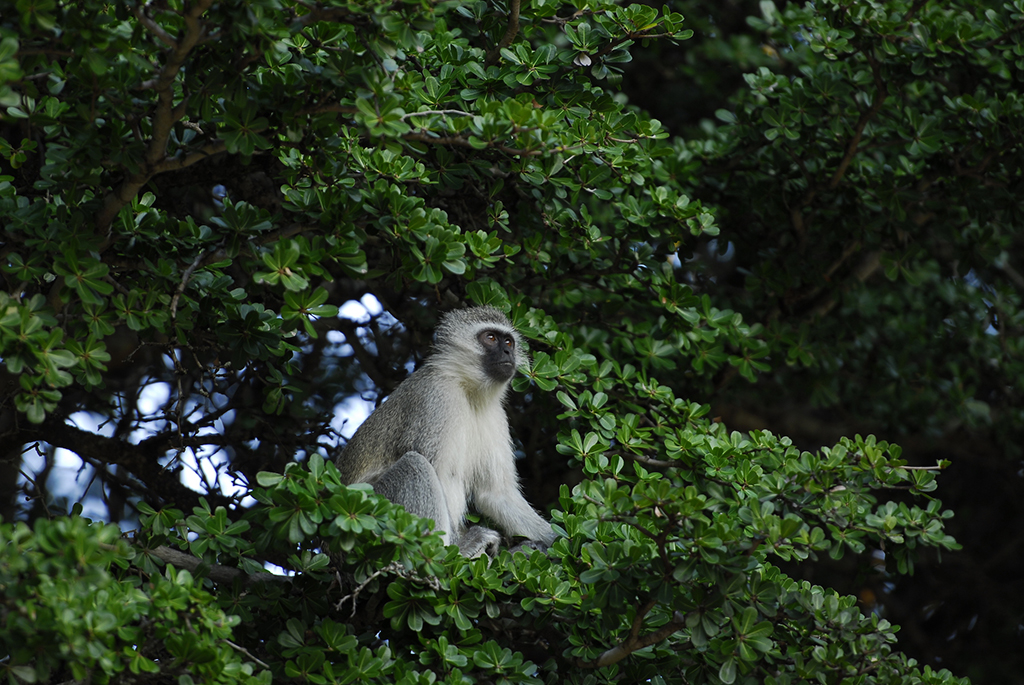 It is not only elephant bulls that have been enjoying Marula fruits. Having several fruiting Marula trees in our staff village, our gardeners collected all the fallen fruit and piled it out front next to our staff soccer pitch. It didn't take long for the smell of the over ripened fruits to attract an elephant. Two large bulls materialized out of the bush and began eating the bonanza of fruits. After a few minutes a whole herd of elephants appeared and approached with caution. What was amazing was that this was happening a mere stone's throw away form our administration offices! Some of our staff were outside sitting on the couches in front of our recreation room and I was standing next to my Land Rover only about 10 meters away. The matriarch regarded us briefly then proceeded to charge into the two bulls sending them away trumpeting loudly, now the herd could have the fruits all to themselves! It was one of those bush moments that happen so often here that we try not to take for granted. As I write this, there are monkeys playing on my sun deck swinging on my washing line! You've got to love the bush.

Wishing you all the best and hope to see you here soon!

Phillip Andrew and the Ulusaba Ranger and Tracker team. 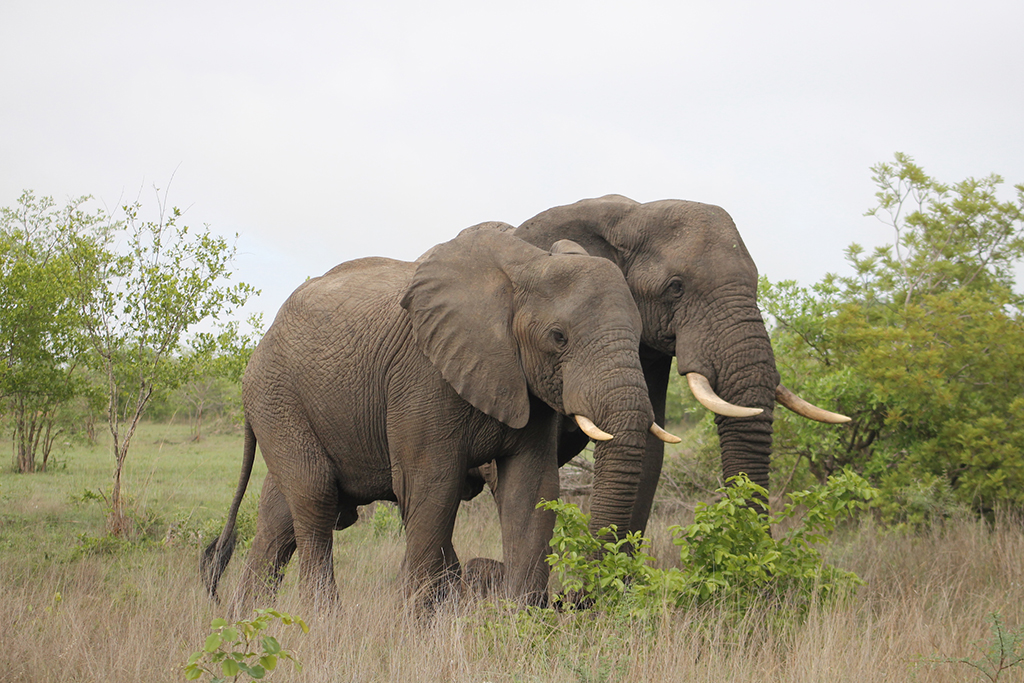 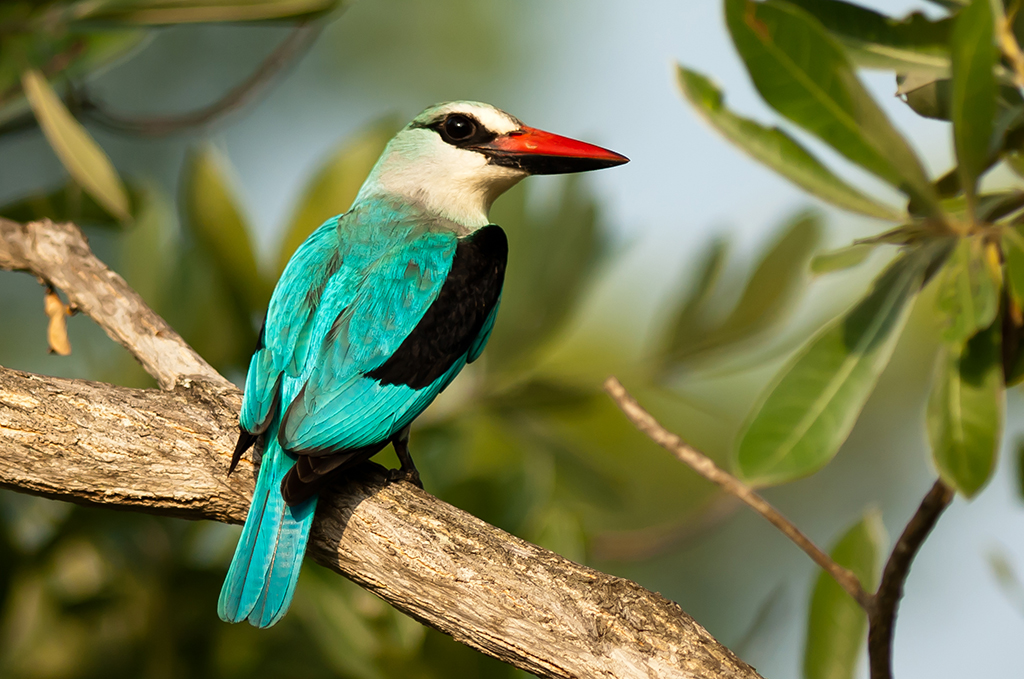