Wow what a week in the bush phew the exhilarating nature events & actions surely kept us all entertained allow me to let you in on the scoop.

The 4 female lions of the Xhimungwe pride they are 5 in total, known as the 4 youngsters returned to the west after a very long awaited absence in the east. 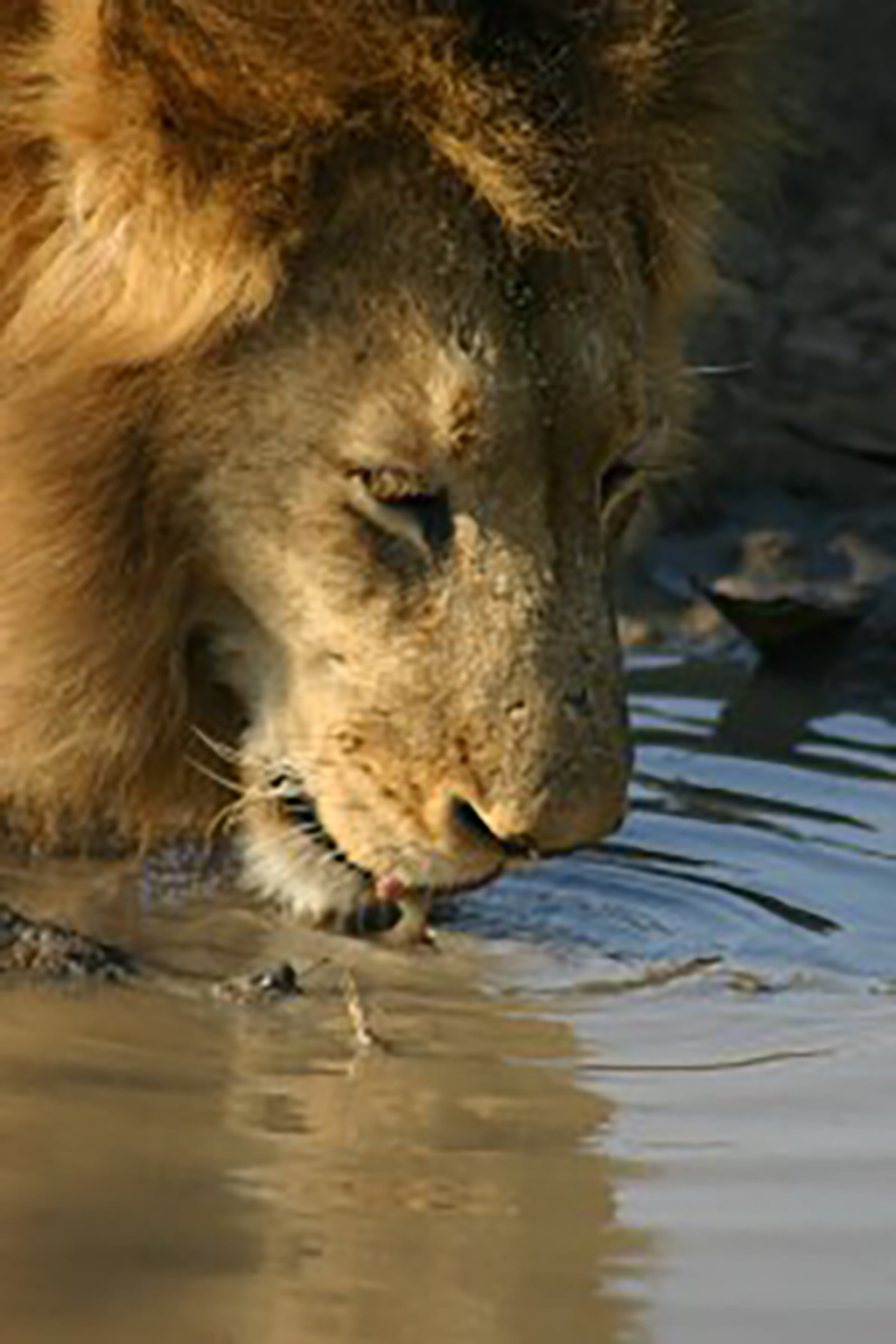 We found them one morning on an open clearing next to a dam in the south relaxing & grooming themselves in the early morning sunlight while scanning the area for any possible prey, we approached the sighting closer & noticed 2 female Giraffes approaching the dam for a thirst quencher, immediately the youngest female lion with her inexperienced stalking skills started to move closer towards the dam, obviously the lion were in the open field so camouflage wasn't a priority here but nonetheless the young lioness proudly thought the Giraffes didn't see her at all, well as inquisitive as Giraffe are they came closer to the dam to inspect the cat's movements, both the lioness with her black tail tip missing & the Giraffes stared at each other as if they were statues.

A couple of minutes passed & both species decided to move even closer, the gap between them came to about 25 meters, then as the one Giraffe female walks up to the edge of the water to drink, the lioness started to trot towards the Giraffe from the opposite side of the dam, of course the Giraffe saw the lioness coming a mile away & galloped away almost in slow motion while looking over her shoulder at the lioness almost teasing her so what does the Giraffe do, she turns towards the lioness staring at her & started to walk towards the lioness, as if to pick a few bones, so to speak, the lioness froze, totally confused & slowed down to an unsure walking mode. The lioness started to make low contact-calls , possibly asking for reinforcements from the other 3 lionesses who were giggling in their sleeves at their youngest sister, amused by the calls the Giraffe moves closer to the lioness with a gap of only 10-15 meters almost with a mocking posture. The lioness were so confused by this cat & Giraffe (mouse) game that she sat down & stared at the ground in front of her in a shy way as if she knew she was defeated by the not so scared Giraffe. The Giraffe female turned around & walked away with pride, the lioness turned, trotted back quickly towards her pride to seek some reassurance. After all the motion the pride groomed themselves further & played in the open filed as if nothing happened. Interaction like this is special & cannot be predicted. I hope the lioness gains all her pride & honour back soon.

A couple of afternoon's ago driving slowly on the Southern part of the Sand River approaching an open area we came across a few elephants. Viewing them while they were browsing in the scrubs, we sat for about 15 mins when we noticed a few more elephants advancing from the opposite side of the open area, obviously grateful to see more elephants we viewed them as well. Another 5 mins went past & like 1 machine a huge herd of elephants came marching in single file through the tall trees east of us as if they were on a mission to go on a journey to the end of the world. The female in front of the herd was massive compared to the rest of the adult females she is the Matriarch. The leader, the protector, she walked in front with a mission straight towards the rest of the browsing & grazing elephants, suddenly the unmistakeable rumbling vocal sounds of elephants echoed all around us, different low frequencies could be heard from all directions from about all the elephants & as if someone paused the scene with a remote they all froze, dead silence. We could only hear the crickets & birds chirping in the back ground, this aerie but intriguing silence continued for a few seconds but felt like ages, then as if someone shouted MOVE TROOPS!!!!!!! GO EAST!!!! Each & every elephant turned east & marched with purpose towards a drinking hole east of them, they all walked so quickly that all the calves had to run to keep up, flapping their trunks all over to keep their balance. We stared astonished at these movements, amazed by the discipline & most of all the silent order to move yes no sound could be heard by us that indicated they had to move, it was ultrasonic sound that the Matriarch used to communicate with her herd of over 50 elephants, as one massive regiment they moves towards the water for a well deserved afternoon drink & splash with the light orange & golden glow of the African afternoon sun. We moved towards the water as well & what a pleasure to see the young & old splashing the water & mud all over themselves & playing in the water with play wrestle moves it was as if they knew the paparazzi were on my vehicle putting up a show of unbelievable memories.

Phew Yeh told you this week gave us great sightings. There are so many special times here in the African bush it's a never ending story we are just so grateful to be part of it & to witness these special moments.

Each day brings a new event & is so different from day to day, never a dull moment in the bush.

Right moving on to the next part with Ryan & his Shark team (Super 14 Rugby) well good luck! Come visit our world here, looking forward to seeing you soon & a huge congrats to you both on your new addition to your family, hope all goes well & all healthy!

Carol & Clive, yes Lisa & Chris's wedding was amazing, you couldn't have asked for any better weather taking inconsideration as to what the weather was like when Chris & Lisa arrived here, everything went so well, the weather, the special moments, the bush dinner afterwards, the breathtaking stars & of course the wonderful wildlife played their role in making your time here special We hope that it wouldn't be long before we see you here again for yet another African Odyssey.

Kevin & Sian - we are ready & geared up for your friends wedding, come join us for a glass of champagne & some wonderful wildlife experiences in the African bush. As Robert said if you need any further information on how to get to us by road please don't hesitate to contact either Robert or myself via this blog or via my e-mail address, the road is well sign posted all the way to us, it will take you about 5 or 6 hours from Johannesburg depending on where you depart from in Johannesburg. The spa, you will love it. We are looking forward to your visit...

Oh sorry bloggers one more thing, the wild dogs are still here. How privileged are we? Seriously it's amazing to see wild dogs in their natural habitat.

Makwela is very scared & no sign of her cubs as yet but believe me, there is an unwritten challenge between rangers to see who will be the first to spot Makwela's new cubs, the little cute fluffy bundles of joy, for those who don't know, she is the utmost extraordinary & successful female leopard & mother ever.

Hopefully we will see her again soon & then try to see where she is hiding her precious critters & how many she has actually.

Again off to the bush now.