At the time of writing Southern Africa is in the midst of a severe period of drought, and whilst this does have devastating effects in many aspects, exciting opportunities have been created that wouldn't otherwise be the case.

Xikwenga Dam (pronounced Shkwenga), visible from the deck at Ulusaba's Treehouse Suite, is the largest natural contained water source in the Western Sector of the Sabi Sand Game Reserve, and under normal circumstances, home to about thirty fat and healthy hippopotamus. As a result of the lack of water, the population of hippo has grown immensely, and these days there are at times up to sixty hippos in the dam. 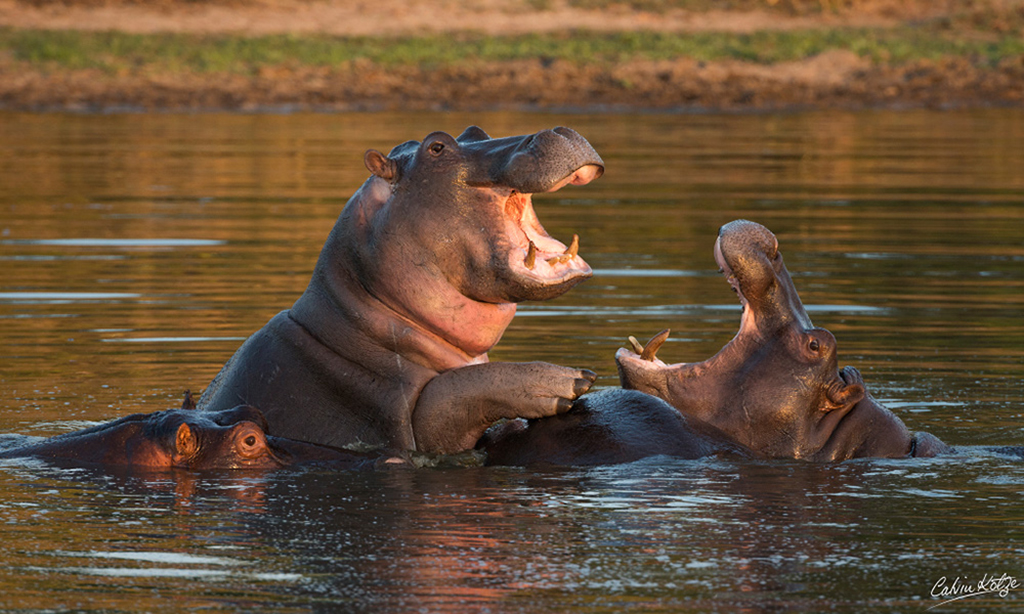 This over-population of hippo can have an even more devastating effect than the drought, for many reasons. The negative impact on the surrounding environment caused by overgrazing can be seen in the bare earth surrounding Xikwenga Dam at the moment, and the threat of starvation for not only hippos, but other grazers becomes a real possibility. Contamination of the water as a result of excessive urination and defecation is also a threat. For a full explanation of the dangers please see below.

For these reasons, we have taken a decision to relocate some of the hippo population from Xikwenga Dam. 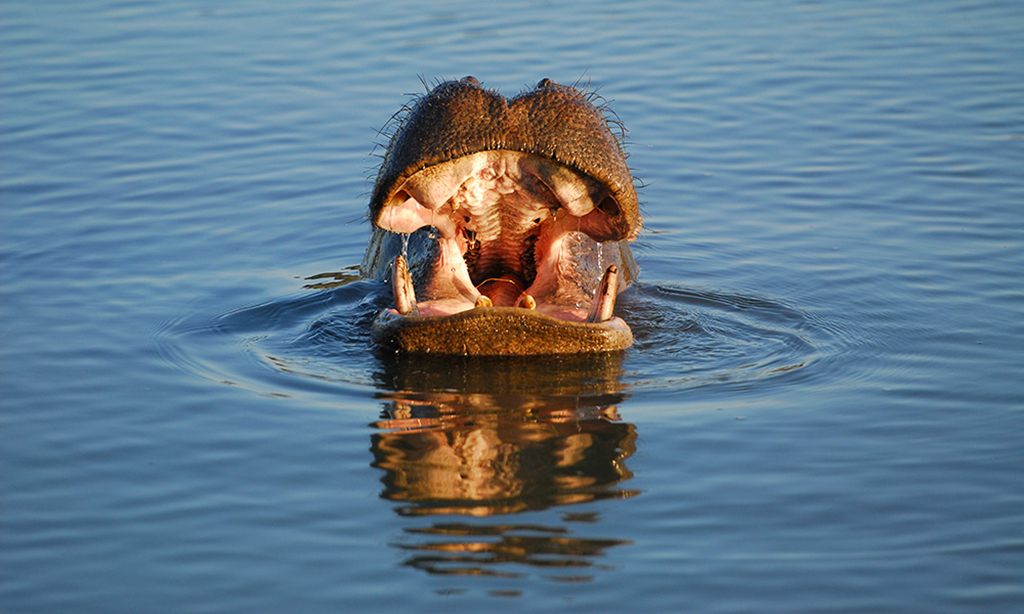 Over the coming weeks, Ulusaba in conjunction with the Sabi Sand Game Reserve, will be relocating around 30 hippopotamus to the Maputo Elephant Reserve in Mozambique. This developing Game Reserve has ample fresh water lakes and vast open grasslands ideal for grazing pretty much hippo heaven! In the spirit of conservation, the hippos are being donated to this Reserve which forms part of the world famous Peace Parks Foundation. The Maputo Elephant Reserve is a pivotal component in the Protected Areas system of Mozambique, as it conserves the exceptional biodiversity of a coastal zone that encompasses the Maputaland Centre of Endemism and enables vital linkages between marine, coastal and inland components.

This is an exciting project to be a part of and we are delighted to be contributing to it, whilst at the same time alleviating our challenges with over-population, water preservation, ecological well-being of the land, and not least, the threat of starvation of resident hippo and other species.

We'll be sure to keep you updated with our progress! 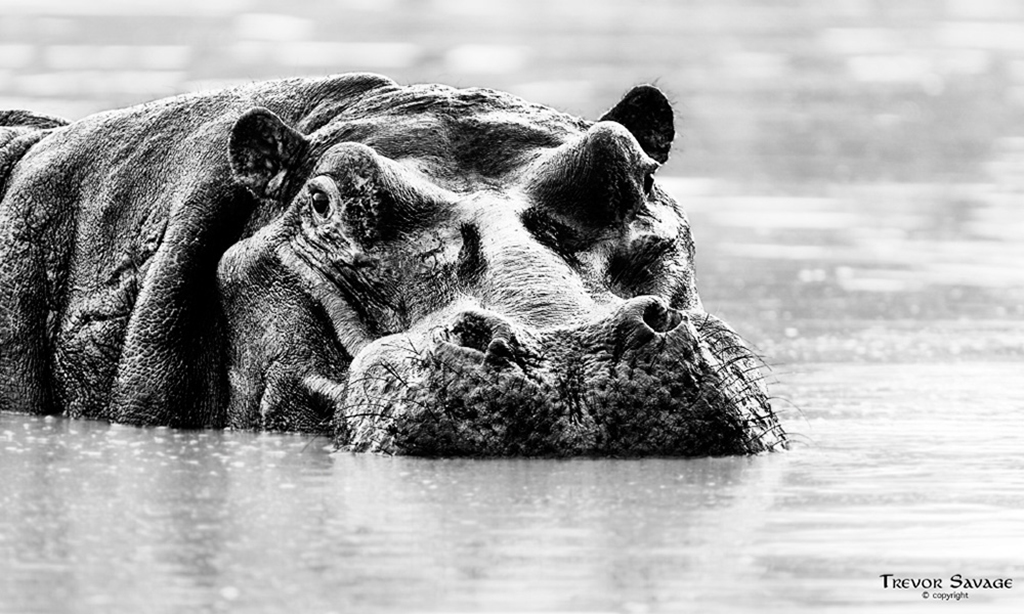 The science behind the dangers of algal bloom

A healthy content of urine and animal dung in a water source causes what's commonly known as Blue-green Algae. This algae is one of the oldest known organisms on earth, indeed it was the first green 'plant' on earth and is found in most water bodies in low quantities.

However, under conditions of excessive urination and defecation, this algae can multiply rapidly in a process called eutrophication, to produce algal blooms. These are essentially great big masses of scum layers of algae which are typically concentrated on one side of a dam, depending on the direction of the wind. Eutrophication results in an unnaturally high level of nitrates and phosphates in the water and the levels of cyanobacteria and their toxic by-products start to skyrocket out of control.

In the case of an algal bloom, these toxins concentrate in the water at much higher levels than what would normally occur and essentially poisons the otherwise healthy water source. They are known to cause great damage to the nervous systems of animals as well as have a devastating effect on their liver function.

Animals that wade into the water beyond the scum line, such as elephants, appear to be less affected, as are buffalo who also wade into the water as a herd, effectively breaking the scum layer. Animals that drink on the edge of a dam however, such as rhino, wildebeest, zebra, birds, baboons and many other antelope and mammal species, frequently fall victim to the poison and suffer its severe consequences.