This weekend saw Pride 'n Purpose recieve 15 young blokes from the UK! The reason for this - Ned is getting married and decided against the traditional stag party, instead all 15 blokes got involved in finishing up and adding the final touches to an orphan house in Dumphries Village!

I first recieved an email from Virgin Unite asking if it could be a possibility for these guys to come and work out here and if I had anything for them to do. Of course, I immediatly said yes - and I know exactly which project it would be! 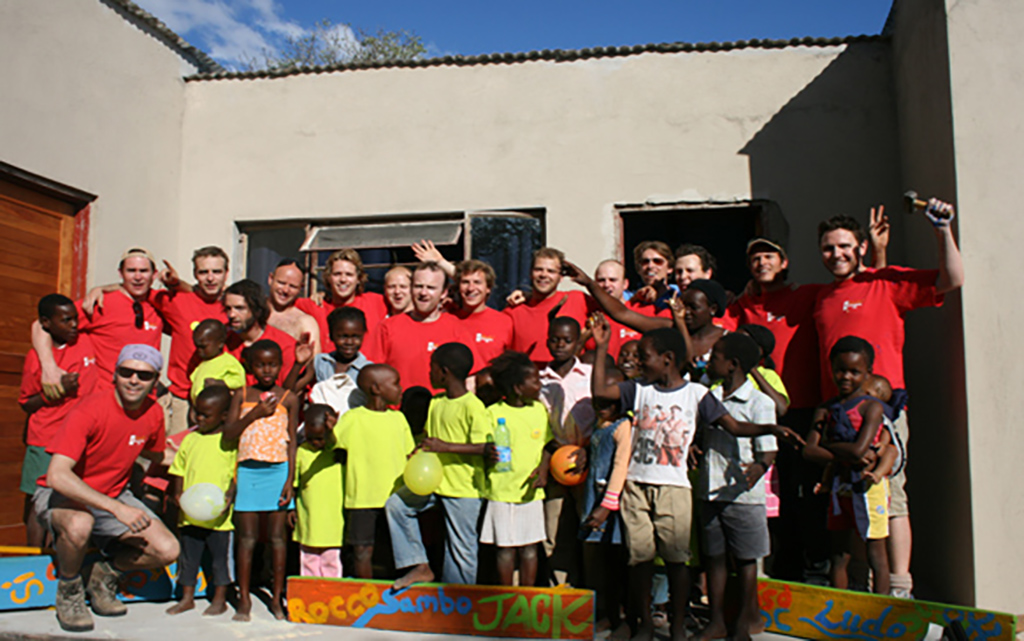 So a few emails later and all was set - just one thing - Ned, the Stag did actually phone me about 10 days before they were due to arrive a little concerned as his brother laid it out that they would be coming to plant 'flowers' in the village! Ned very concerned that I would not have enough for them to do and they would not be making a difference!

Well there was plenty to do and a huge impact made. Inbetween game drives, big big parties, dinner at the lodge, star gazing, watching F1 in the garden of my house, tying Ned to a tree naked and shaving his beard - the guys also managed to finish off the 3 bedroomed house for the 5 Ngobeni Children.

Not only did the floors get completly screeded, the rain water gutters and tanks were also installed, a vegetable garden was planted, an out door cooking area built and a swing for the kids hung in the big trees outside!

You guys truly put your backs into this project (even with the hangovers) and completed the house in style! I am very proud to have been associated with you all this weekend- it truly was a 'DO GOOD STAG DOO'

Well done - you too should be proud!

You can check out some more videos on www.youtube.com/pridenpurposeSA.