We hope you're all well. There have been some great sightings as well as some interesting animals seen over the past couple of weeks. The mornings have been quite crisp, with game drives leaving a little before sunrise, giving our guests an opportunity to experience the African bush as it starts waking up. 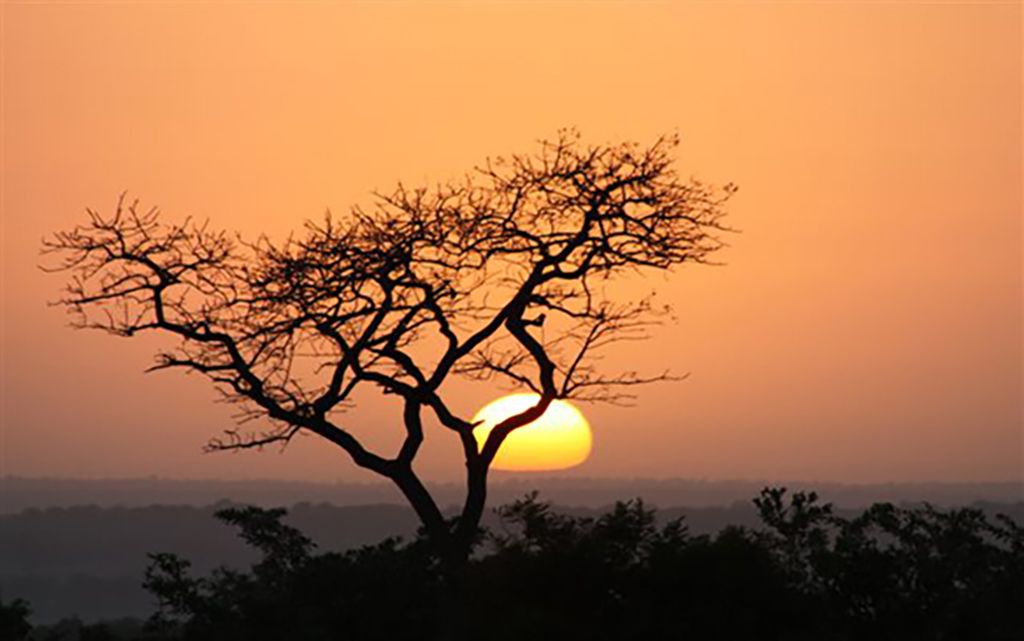 On one morning, on his way down from Rock lodge, Sam - Trevor's tracker, spotted a lioness on the koppie adjacent to Rock lodge. In the early orange haze of the morning, she was beautifully silhouetted on top of the boulders. What a wonderful way to start the day! We caught up to the lioness as she made her way down and found her to be followed by her 3 sisters and 1 male lion.

Not long after, we managed to find the wild dogs (Cape Hunting Dogs) playing in the Sand river. These energetic creatures kept us quite busy as we tried to follow them up and down along the banks of the river. Even a nearby giraffe looked bemused as it watched the dogs trying to find a place to cross the river.

Winter is always an amazing time of the year for viewing some of the more shy and elusive nocturnal species. This is not to say that one will certainly see them more frequently, but one will certainly have a greater chance as the bush is a lot less dense and withit cooling down earlier, they become more active during our afternoon drives. Some of these include a brief sighting of a caracal and a serval, both of which are small cats. Sam also had a great sighting of a honey badger with her cub, as he was even able to follow it down the road for a while. We've also had a sighting of a slightly rarer species; a pangolin, which was slightly curled up to protect itself, but relaxed and allowed us to get up close to view this peculiar animal.

One morning, Steve and Trevor found 4 of the Ximungwe lionesses, looking in a rather playful mood, just south of the lodge. While following them, it was noticed that the lions were showing an interest in 3 giraffe cows. On approaching the sighting I came around the corner to find that the 3 giraffe were in full flight, galloping through the river-bed straight towards our vehicle, with the lionesses in hot pursuit. I managed to reverse out of their way, and luckily for the giraffes, the lionesses had tired and aborted the chase. The 5th lioness in the Ximungwe pride was later seen mating with one of the Mapogos, and since we hadn't seen her cub for at least a week, we've unfortunately assumed it to be dead.

We've also found another leopard's lair, that of Trevor's favourite, the Makubela female. She appears to have 2 cubs, about 2 months old. We'll hopefully be having more regular sighting of her cubs and that of Mabhiri's as the youngsters will soon be introduced to their respective kills.

We wish you all good health, and look forward to sharing, on one of these cool winter days, a steamy cup of Amarula hot chocolate with you.

And pop quiz of the week! Bush Telegraph followers... I'd love to hear what you think the below image is!