Chilly mornings and hot Amarula in the bush

Guests have never looked forward to a nice hot cup of Amarula hot chocolate on a morning drive as they have this winter! This year seems to be a little cooler than most, whereby the early morning breeze does a bit more than wake you up. Having said that, by 9am most of the layers have been peeled off, and day time temperatures here in the middle of winter are a very comfortable 20-25°C. The other morning, without realizing it until it was too late, I chose the coldest morning to go north to the river. In the 8 years I've been living in the Sabi-Sands, I'd never seen frost, until that morning it was beautiful; all the grass on the banks and even the sand alongside the river were white with frost. Needless to say, I brought my tracker Joseph into the vehicle when I crossed the river. I didn't want to freeze his toes any more than they already were! I guess the cold could be attributed to all the late rain we had this year. 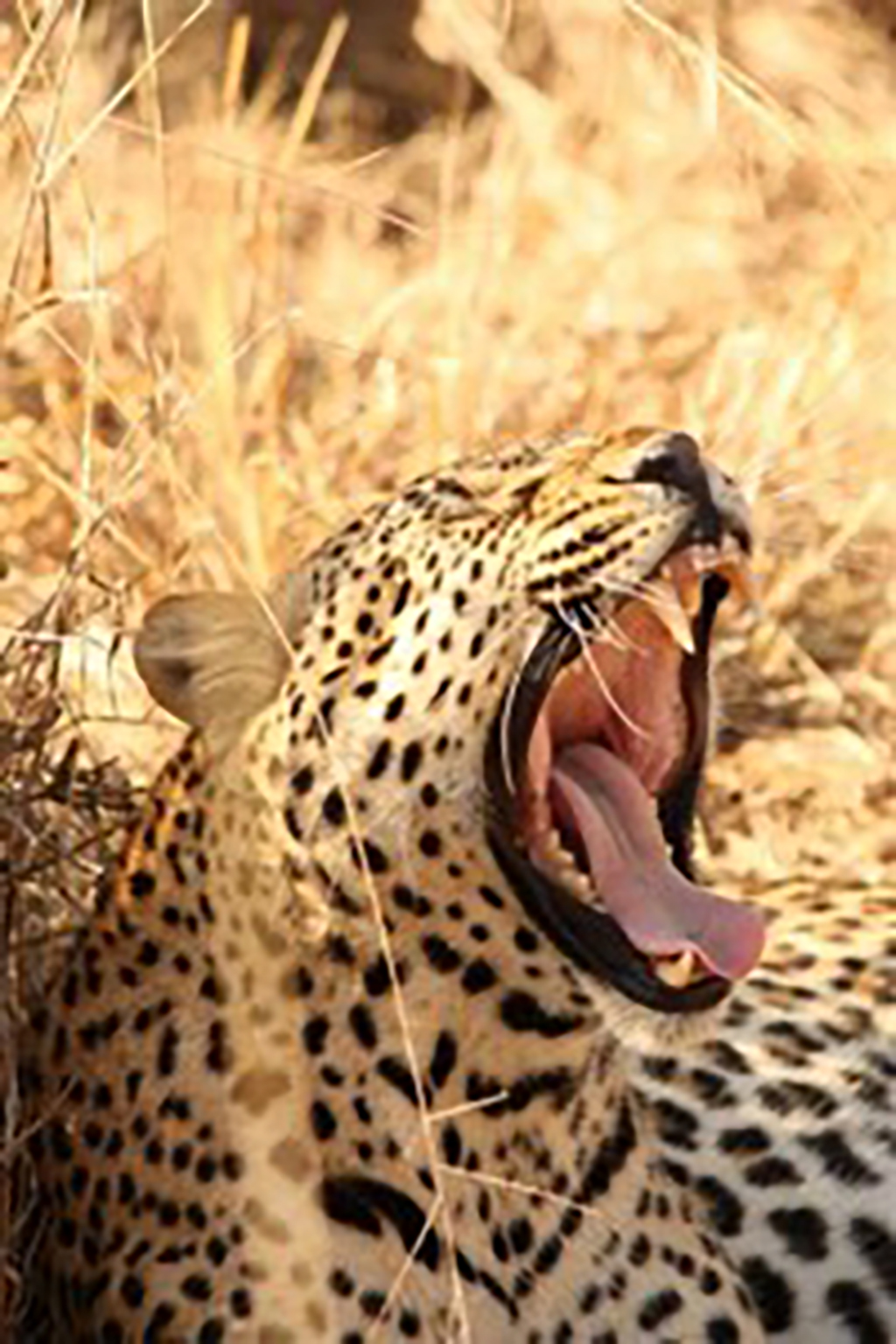 The Ximungwe pride is growing! Two new additions to the Ximungwe pride of 5 lionesses have been spotted. These two little 6-8week old male cubs have been kept hidden away until recently when mom brought them to feed on a Nyala which she'd killed. After spending a day on the kill, the cubs were taken back to their hiding place along the banks of the Mabrak River. On-route we managed to catch them at a waterhole. At first the cubs didn't want to get their feet wet, but since mom was taking her time having a well earned drink, the cubs eventually decided to stomp around in the muddy waters. The very next day we tracked down 3 of the other females and watched them stalk and kill a young male impala! Kills are rarely seen, which is why this was so special, especially since it was my birthday what a present! The Mapogos had killed a giraffe and spent a week on the kill. This gave the females plenty of space to hunt, kill and eat without having their kills stolen by these males. The other 4 cubs in the pride are fit and strong and it appears as though one of the other females is soon to drop a litter.

The Wild Dogs have been scarce. This is because their pups are now at the age where they can now run around with the pack and learn how to hunt. The Wild Dogs have a huge home range and we look forward to seeing the pack in our area again soon!

We have however managed to find an active Hyaena den! Although it's never a guarantee that you'll see a hyaena or her cubs, if you're patient enough, you may be rewarded. Two cubs around 4 months of age have been spotted.

The evening skies in winter are incredible. I managed to capture this Verreaux's eagle-owl early one evening getting ready for a night of hunting. Their prey is very varied. They can prey on mammals up to the size of vervet monkeys, many different birds including ducks, raptors and owls as well as reptiles, frogs and fish.

The magnificent Xinzele male leopard still rules supreme! The Xikavi female leopard was seen courting him recently. His territory stretches from Ulusaba to and beyond the Sand River, an area which he often covers daily! This means that it's quite a special find when you do get to see him, something which we seem to have been able to achieve quite a bit recently. The other night we followed the Metsi female leopard and 1 of her 2 male cubs an entire afternoon. She was taking it to a kill she'd made way down south. When they approached the open areas in the south, the cub saw a scrub-hare to chase, which he did. Unable to catch it to two leopards continued, and this time stumbled upon another hare. They both gave chase in a flash past the vehicle. Metsi got it, but no sooner had it stopped kicking, when the cub ran up to her and ripped it from her jaws! For a further half-an-hour we watched as the cub plucked and ate his kill from head to and including the tail!

Star-gazing as always in winter is phenomenal, with the highlight, as always when it's around, is viewing Saturn through our telescope.

One of the more unusual animals to see is a Serval. This small cat has been seen on a few occasions around Ulusaba, and we look forward to many more great winter sighting of the lesser seen animals, as now the grass is much shorter and easier to spot game. Even the elephants, which can hide from us in the summer, have no cover now and we've been getting unbelievable sighting of many breeding herds coming through the area!