Well needless to say the has been as good as usual, we are still experiencing amazing sightings but as you probably know it has been summer and with summer comes a lot of rain which means very thick vegetation which makes our lives as guides and trackers a little more difficult to find animals. It has been a bit different this year as this February has been unusually cool as February is usually our hottest month of the year; this is a good indication that autumn is upon us. With autumn all the trees start to loose their leaves and the landscape changes and you are left with really beautiful colours and this makes for great photographic opportunities. 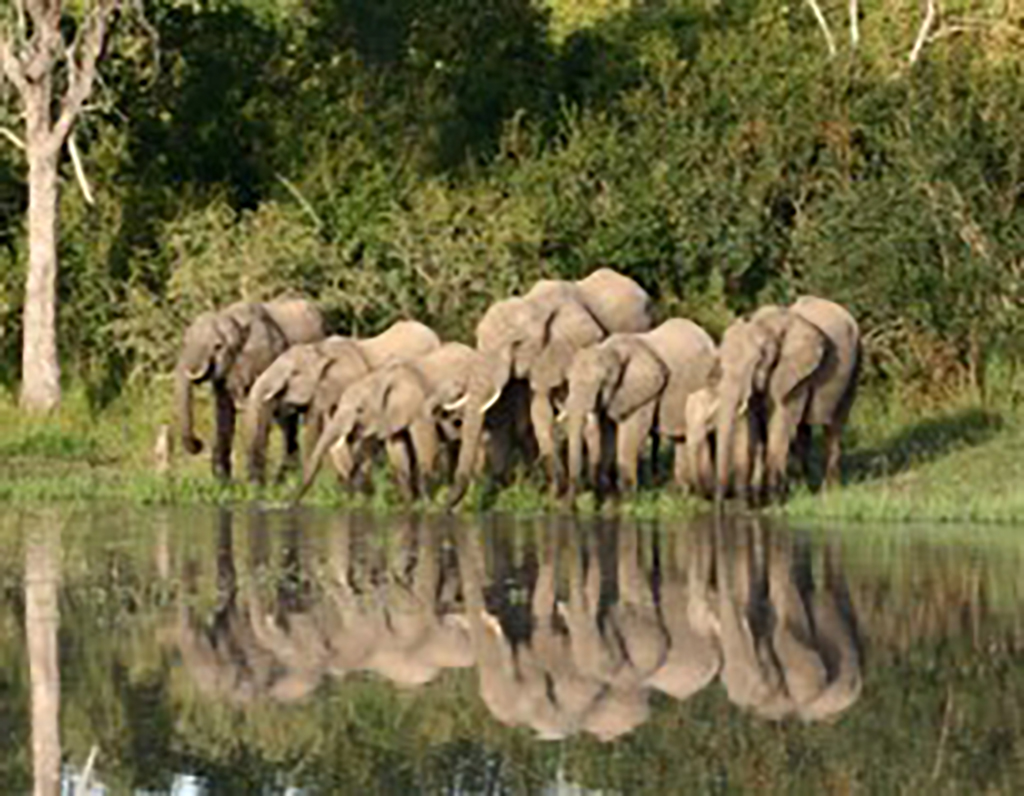 Well let me tell you about some of the amazing sightings we have been experiencing. I know Greg Whelan told you about marula madness, the marula's are just about finished but the elephant's are still around with great sightings of the newborn calves and still a lot of competition for the remaining marula's. Still on the subject of Greg, he found one of the Ximungwe female lions with four brand new cubs, it was a close call for Greg as he was tracking our male lions when he stumbled upon these absolutely beautiful cubs, I still cannot get my head around of how relaxed the mother and the cubs are around our vehicles and obviously Greg on foot, (lucky for him as it could of turned out different).

The other Ximungwe lioness with the two cubs is doing really well. They have been found within the last few days feeding on a Buffalo, which the mother of the two cubs and two of her sisters brought down. A day later the males discovered the feast and they are all sharing, which is great news for us to see that the males are relaxed around their offspring, as you have probably realised over the past while, the cubs have been having a really hard time surviving because of the competition between their fathers. With the death of one Buffalo, I was treated to the birth of a newborn Buffalo and watched it until it took it's first steps which took around 15 minutes; how awe inspiring is nature?

Another great find for one of the Ulusaba team, was the discovery of three young male Cheetahs that were found by Steve Mzimba on an evening drive on our southern property. As you can imagine it caused quite a stir as Cheetah, which are critically endangered, are pretty uncommon in the area, so to have three Cheetahs on our property was a great find, we were truly blessed as they hung around 1km from our lodge for a week.

Greg aka Jonny, was on his way back to the lodge one evening and came across a Hippo with the oldest of our male lions on his back, unfortunately for the lion he was unsuccessful in his attempt but it made for an amazing sighting as the Hippo made it to Safari Lodge dam, one thing you have to give the Lion credit for is that he tried until 2am in the morning to get the Hippo out the dam. The guests that had dinner in our wine cellar were treated to this stand off while they wined and dined, where else do you have a chance to have a dinner experience like that?

Metsi and her two cubs, our local female Leopard, was spotted from Rock Lodge the other day, of course we were out the lodge in the blink of an eye, we lost her for a while but we managed to find her again as one of the cubs caught a Scrub Hare and we pin pointed where they were by the screams coming from the Scrub Hare. It seems the Scrub Hare population is dropping as one of the cubs caught another Scrub Hare a few days later right in front of our Land Rover, for cubs of around 8 months I would say that is pretty good going.