A time of re-birth at Ulusaba

There have been some exciting sightings of several elephant herds across Ulusaba. Last week a herd of over 70 animals was sighted close to skwenga dam on their way up to the river. The animals were excited and moved swiftly past safari lodge and through the mabrak river in the morning. Later in the afternoon they were found along the banks of the Sand river. In the last few days a new baby has been born in the herd - a female with a floppy ear. This herd is very relaxed and the mother has given us a rare close-up view of her new calf. 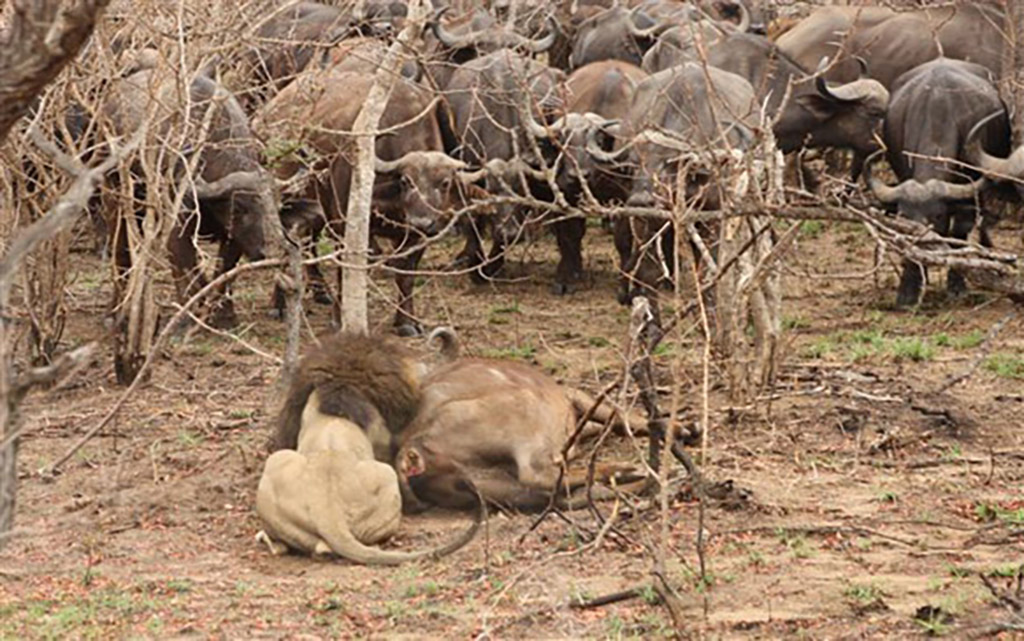 This month has been amazing for lion sightings with the coalition of males showing a big presence on Ulusaba. The Xemongwe pride has been hunting for buffalo and over the past few weeks - we have seen them with several kills, often eating from two kills at a time! Some of our guests have also been lucky enough to see the whole hunt unfold before their eyes; a spectacle not to be forgotten soon. The male lions have been dividing their attention between patrolling their vast territory and mating with any females in estrus and hopefully this will bring some cubs in the new year! Often the males have become separated and the sounds of their roars can be herd resounding across the bush. To be close enough to actually feel the vibrations has left a lasting impression in the soul of many guests.

The Tegwaan male leopard has been patrolling his vast territory from the Sand River down to Safari Lodge this past month, meeting up with several well known females. Xlabankunzi as well as Shekavi females have been seen lately taking advantage of the early lambing of the impala ewes. These tiny bundles of legs and ears have also given valuable hunting lessons to Mambirri's cub. The cub was also sighted one evening with the mother when they happened upon a rare nocturnal civet with cubs. Mambirri subdued one of the cubs and allowed her cub to play with it, thus teaching it valuable lessons in how to kill for when it finally becomes independent.

With so much happening in the bush at the moment with the new growth of vegetation as well as the emergence of several wild flowers along with the hatching of several insect species, there is enough to keep anyone happy. We all look forward to seeing you here in the future and to welcoming back many friends over the coming summer.

Phillip Andrew and the Rangers at Ulusaba