An exciting few weeks in the African bush

Well, we're now officially passed the shortest day of the year, and with a little shower of rain over a couple of days in the middle of the month and very warm midday temperatures of around 28C, the bush seems to think that spring has sprung. Of course this is not true, as we're still in the middle of winter, however, with all the good rain we experienced over the summer, the bush is in excellent condition and all the animals are looking healthy as a result.

We've had an exciting couple of weeks in the bush... 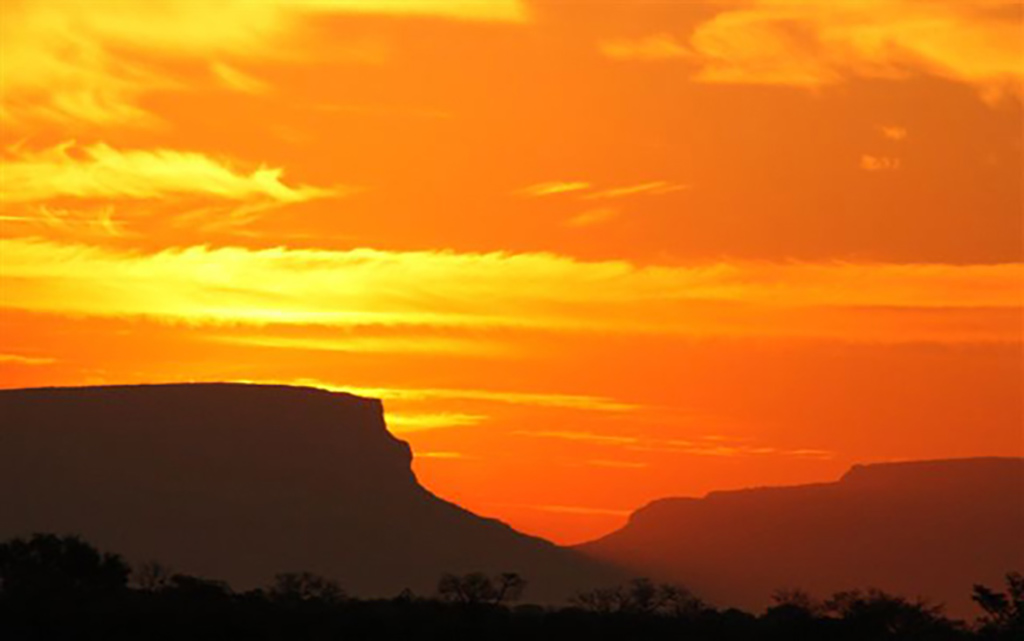 On just one evening, the Spata pride tried to kill a honey badger, we were stalked by a lioness during our evening drinks, while Johan and his guests witnessed a playful interaction between a newborn bushbuck and a young female leopard!

The Spata pride's territory is in the middle of the Sabi Sands Game Reserve. It was a rarity to see such a beautiful pride, consisting of 12 lions, including one male, this far west. It was also very brave on their part as they were right in the heart of Ximungwe and Mapogo (6 male lion coalition) country, which is why they were gone the following day. In the late afternoon, we watched them as they woke up and prepared to go hunting. They had their sights on some kudu in the clearings south of them, and thank goodness they headed south because just north of them was a rhino with a 2 week old calf! What a sight to see 12 lions striding towards us! I left Sam and his guests to follow them for a while and in the distance the lions had spotted a honey badger. Sam had said that the badger had seen the lions but didn't even attempt to run away. It stood its ground against at least 6 of the young lions, but not without also emitting the most foulest of smells, which Sam said stunk out the entire clearing. In the end it got away. One of Sam's guests Julian managed to get a photo, although in the dark, you can at least see what was going on.

While this was happening, we were having our sundowners and chatting about man-eating lions. A vehicle started approaching us and in true Jimmy's (my tracker) style he wanted to give them a fright when they came past. But just before reaching us, it veered off-road just to our eastern side. So we looked to see what he was doing, only to find that the vehicle was Phil and he'd spotted a lioness 20m from us in mid stalk. Problem was that it was us that she was stalking. I calmly asked the guests to hop up into the car as there was a lion right there. They didn't believe me!! When they finally saw the lioness, drinks went flying. Naughty lion! It was one of the Ximungwe lionesses just being a little playful.

And just to top of the evening with more excitement, Johan and his guests were watching a young female leopard of about 4yrs showing rather unusual behaviour towards a newborn bushbuck. They witnessed the leopard (Xikavi female), playing with the lamb and even picking it up as though it were her own cub, which the bushbuck certainly protested against by bleating. When the bushbuck was put down, it attempted to suckle from the leopard. Johan had spent at least 45 min watching this play out until it got dark and decided to move out to avoid putting any additional stress on the bushbuck. It's possible that Xikavi had killed the mother of the bushbuck, and that the youngster, now no longer having her mother around, assumed the leopard to be its mom. It was also a clever survival tactic on the lamb's behalf, as the leopard didn't immediately engage in killing the bushbuck, although we're pretty sure that it would've eventually, and if not, it would have died since it was too young and still very dependent on its mother.

Other great sightings included the Othawa pride and one Mapogo having killed an adult giraffe, which they fed on for more than a week. The young Sand River male also joined them at the kill, but as those of you who saw him would remember, he was in a really poor state, and could hardly muster the energy to feed, and unfortunately was found lying dead next to the carcass. The 5 Ximungwe lionesses are still looking great, and managed to bring down an adult zebra in the early hours of the morning not far from our airstrip, and they too were joined by one of the Mapogos, which I'm sure they were not unhappy about as he'd be their hyaena-deterrent. The male cheetah, after having killed and fed on an entire adult female impala, rested up for an entire day, just north of Rock Lodge and amazingly, was found at least 20km away the following morning (confirmation that cheetahs do move around at night!). It may have had something to do with having had 3 of the Mapogos roaring all night around the lodge. The Tegwane male leopard killed an adult female kudu one afternoon, but being such a large kill was unable to hoist it and had it stolen later that night by hyaenas. The 3 Cape Hunting Dogs were seen again up in the north and still appear to be looking very fit and well. One afternoon they were seen being chased by a rather angry dazzle of zebra. Nocturnal sightings of civets, genets, white-tailed mongooses continues to be good, while the 2 young hippos at Wallingford dam are still keeping me thoroughly entertained in the late afternoons.

Sam, Trevor and I are off to Botswana for the first 2 weeks of July, to visit the extremely remote Central Kalahari, while Duard gets back from his holiday in Cape Town next week and will continue to keep you up to date with what's happening in the Ulusaba Bushveld.

Til next time,
Greg