Well since we last spoke we have had, guess what, more snow, and even more sun. Yep, winter 2009 will go down as one of THE seasons, that everyone talks about for a long long time to come. As you can see, the trees outside the fence are slightly shorter than their normal 9 foot!! Snow has not stopped falling, and the sun has not stopped shining in between that for the past 4 months now. Until Yesterday. 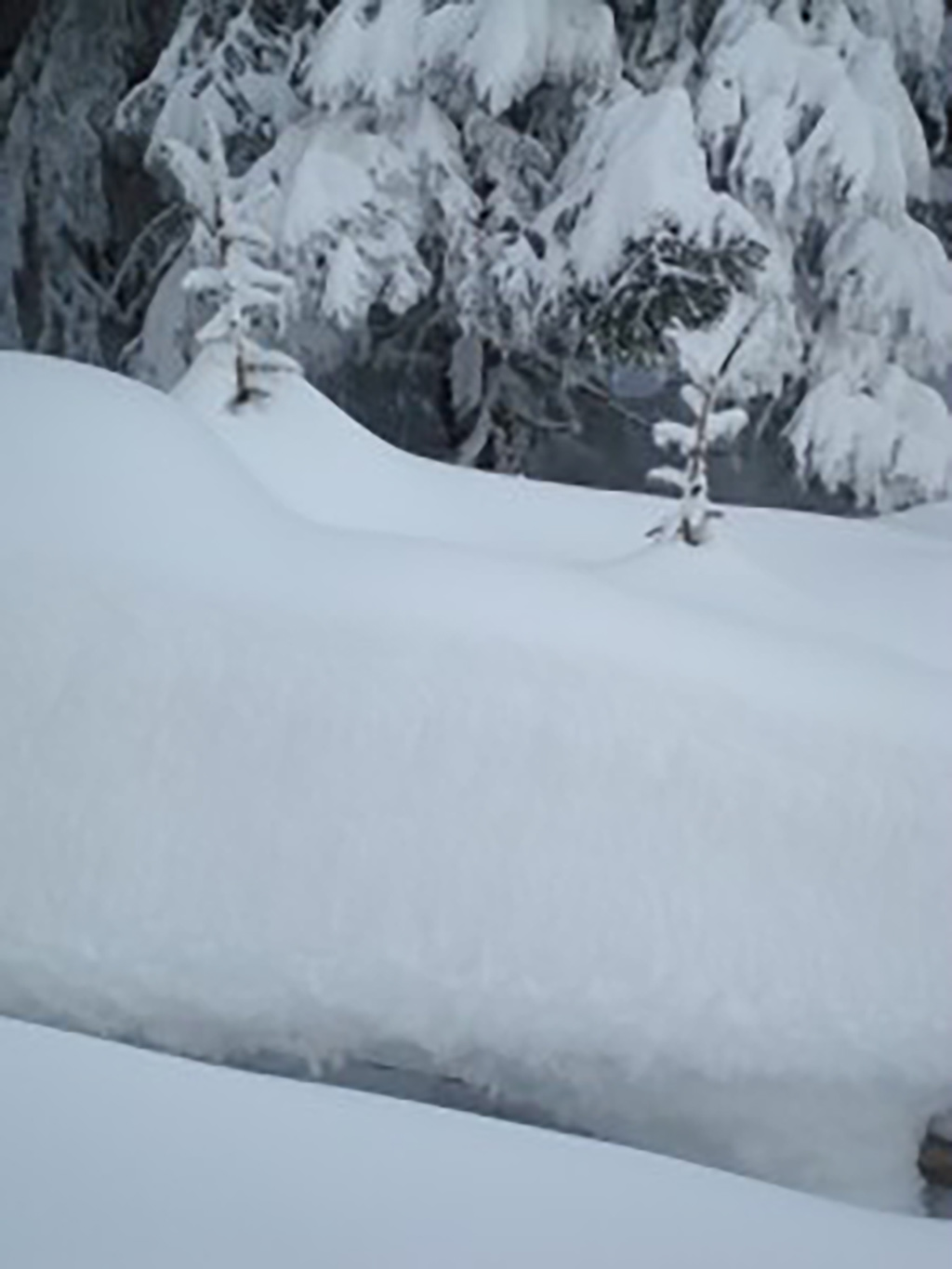 The Sun has got his hat on, and he appears to be here to stay. There is sadly no snow forecast on the 9 day extended forecast, which means its time to break out the piste skis and do some exploring. The Piste skis have had a pretty quiet winter this year, its been all about big, fat powder skis for as long as I can remember!! Last Saturday, Hannah, Adam and myself took a whole group of guests all the way over to ski the 4 valleys, stopped over there for a lovely lunch, and skied all the way home again. A definite must if you are lucky enough to be coming out to play in the next few weeks. We do have some space now for you also, we have 9 bedrooms available from the 12th until the 19th April, and then again from the 22nd until the 26th of April, so get in early, to save disappointment!!!!

The two best additions to The Lodge this year have been guitar hero, on the playstation, and the ice rink, which is more than double the size from last year; it has been a huge success. Guitar hero has been played many evenings, often until late into the night, maybe followed by a spot of karaoke. The new giant ice rink had a whole group of kids helping Adam and Paul clear and water the rink in preparation last week, to their exacting standards, for what seemed to be the next Olympics rink, it was a hit, and one of the girls was so good we had to go to the full sized ice rink in town so she could show us how to do it properly.

So, hopefully by the time we next speak, the sun will have continued, and we will have all worked on our panda eyes, and be about ready to get the bikes and golf clubs out. Thats the best thing about here, one season ends, and the next begins, each equally as exciting as the previous, and the next. Pretty good I reckon!!

With the arrival of such sun, we also had the first barbie of the season on Friday, see pictures of the snow cleared BBQ area, above, it took a good few hours to clear the BBQ back to a usable state!! As you might remember from the last blog, it was about 6 foot under snow last week. I have put some pics in from the massive snow fall, and some from today, see the difference, especially in the main path pics! The top one was today, the bottom one 5 days ago. Taken from the same spot.

So, with only 5 weeks left of the winter season, its about time to start thinking about summer once again, I will be posting summer pics in the next few weeks to whet your appetites, stay tuned for more Alpine Adventures, until next time.