Well, it has been quite a while since we last spoke, and so much has happened I hardly know where to begin! The winter season is well and truly over now, as happens every year, the lifts have closed and the snow has stopped. Well, the lifts are closed, but that has not stopped the snow. 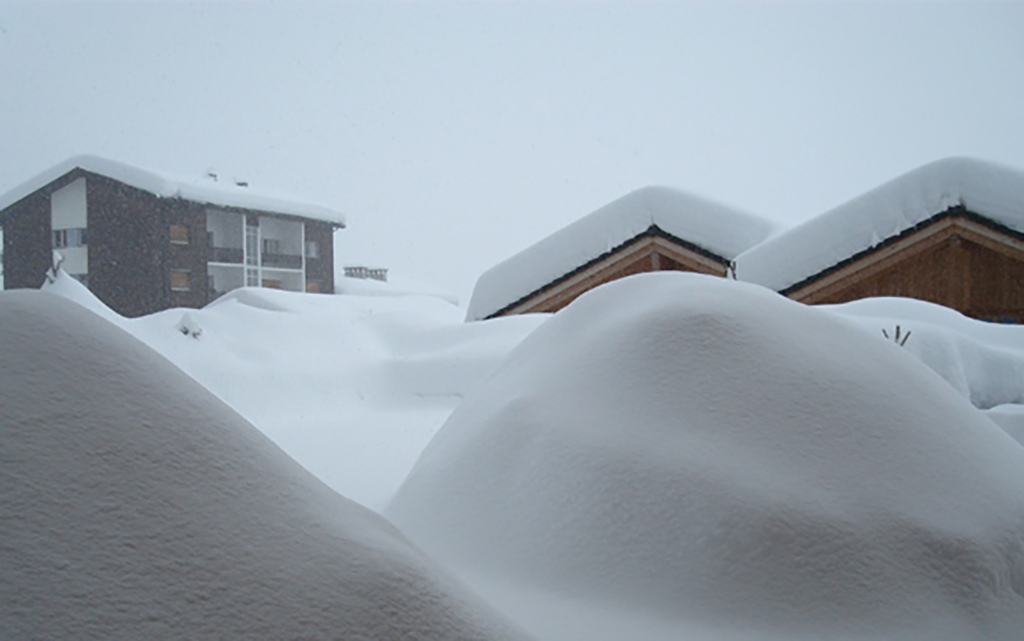 Yes, thats right, the lifts closed for the winter season on Sunday the 26th April, the same day we farewelled our final winter guests from the (epic) '08 / '09 ski season. So, expecting the spring conditions to continue, we were more than a little surprised to wake up on Monday morning to discover that the snow thought it was still January, as it was pelting it down with snow, huge wet spring time snow crystals were falling, and did so for 48 hours, leaving us with yet another 8 inches of fresh snow! It stopped yesterday morning, and is now just a little cloudy, but after 3 weeks of no snow at the end of the season, we were all starting summer early. There were green hills from the village to the top of Savolyeres, and the main piste to Medran was closed, you could still ski in to The Lodge on the final day of the season, well, to the end of the road, 50 metres from the front door. It has meant touring season has been extended from the village, rather than having to ride the lifts to Ruinettes to start from there. Bonus!!

Looking back on the season that was the best in well over 20 years, its now hard to believe the season that was. Sitting here in the sun, surrounded by green grass, it seems like years ago I was writing about discovering new secret spots with waist deep powder. Just writing about it again brings a huge smile to my face. We have had about 3 - 4 metres of snow this year, and looking back at the pictures it is easy to see where: