If a plate of different cheeses isn't your idea of food heaven then look away now, but if you've ever been tempted to skip a main meal and just eat cheese, then you have definitely come to the right place.

We've never been shy about the high standard of food at The Lodge, and the reason the food is so delicious is largely to do with the fact that the majority of the food is sourced locally. Our chefs get to speak to the farmers who produce the food and, with it coming from the local area, we can ensure it stays as fresh as possible.

The majority of the different varieties of cheese served from The Lodge kitchen are bought from the Laiterie de Verbier (the cheese maker) which is run by father and son team Roger and Marc Dubosson. You can hear them talking about producing and working in the region in our sustainability video.

One of their most well-known types is Raclette which is a Valais staple. If you haven't tried Raclette, it is a semi soft cheese generally aged around 3-4 months, although the older varieties can be aged around 7-9 months, and is typically enjoyed with potatoes and pickles. As it ages, it becomes firmer in texture and the taste becomes even stronger. Another important point to note about Raclette is it has been granted AOC status. AOC stands for Appellation d’Origine Contrôlée and is a designation of process and provenance that is used in Switzerland and France to ensure that products with a long history in a particular region are able to maintain their identity in the marketplace. Over 40 different cheeses have been granted this status. 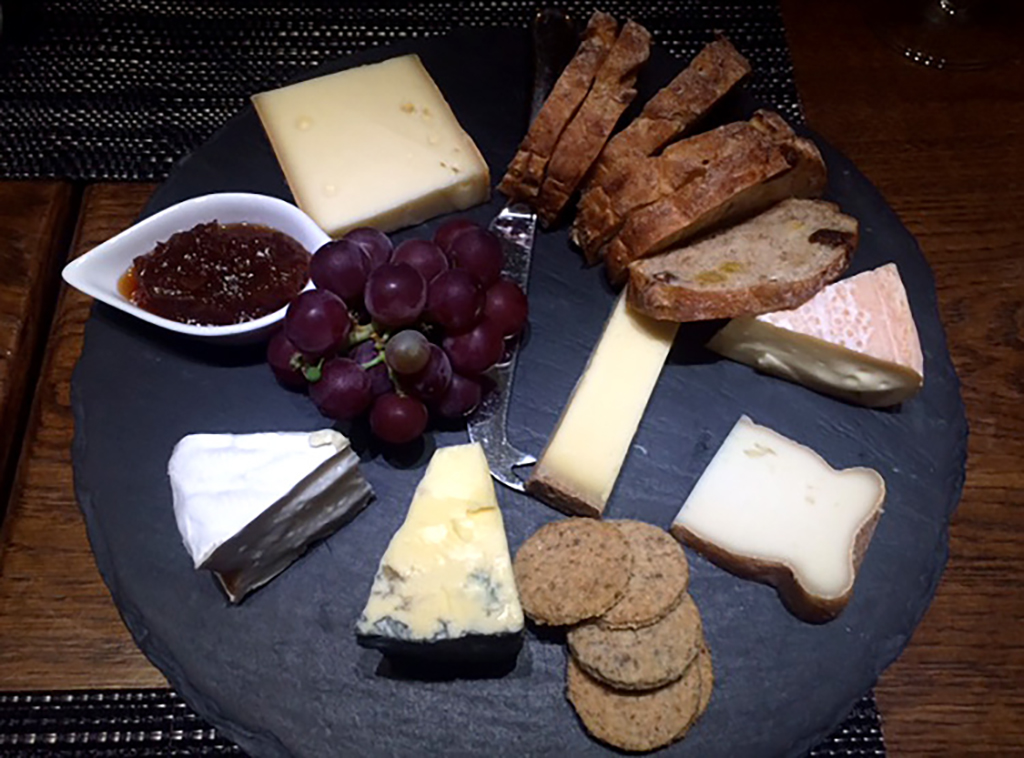 Roger and Marc also make La Tomme. La Tomme is a mild, soft cheese similar in texture to that of brie. It is best eaten with a homemade fig and hazelnut bread (you can find the recipe below) and tomato chutney.

Other popular cheeses which are regularly consumed at The Lodge are goat's and ewe's milk cheese. Both are fairly mild but have a definite 'goaty' flavour! There is also a blue cheese which is produced near Sion (about an hour from Verbier) called Jersey Blue. This is the strongest of all the cheeses served at The Lodge and is made from the milk from Jersey cows and has an amazing soft fudgy texture. Finally, there is aged gruyère which is one of Chef Hugh's favourites. It is a relatively hard cheese with a strong mature salty flavour. You'll often find it on a typical Lodge cheese board but it also tastes great in a lunchtime sandwich.

A stay at The Lodge would definitely be incomplete without sampling some of our tasty cheeses! If you have any questions, or would like to sample a particular variety, make sure to ask our chefs who are happy to help with suggestions or advice if they can! 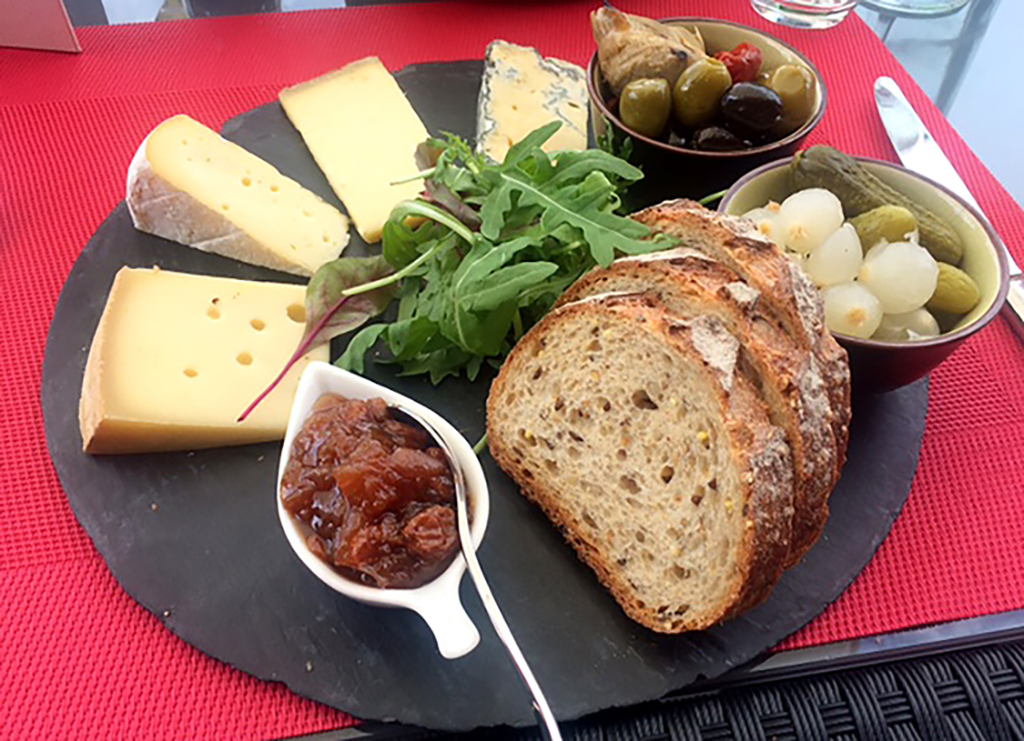 Makes four loaves which can be frozen

Combine the flours and salt and leave for one hour.

Add the yeast and salt and mix on a low speed for four minutes then turn up to medium speed and continue mixing for five minutes. Reduce the speed again and add the fruit and nuts and continue to mix until evenly distributed.

Rest for 45 minutes. Stretch and fold the dough and rest again for 30 minutes. Repeat this step twice more.

After the final stretch and fold, shape the dough into four balls and rest for five minutes. Shape into loaves and rest for 45 minutes.

Dust the loaves with flour and make shallow diagonal cuts across each loaf.

Cheese From SwitzerlandCheese From VerbierChefs At The LodgeThe Lodge
Older Newer