No seriously, what is SUP? Don't worry, the first time we heard about SUP we didn't know what this was either! SUP stands for Stand-Up Paddle Board and is something that the water sports team on Necker are really enthusiastic about!

At the start of August, a SUP water polo court arrived on Necker. This inflatable piece of equipment has found its home on Turtle Beach and has been a popular activity for our water sports team and guests ever since. 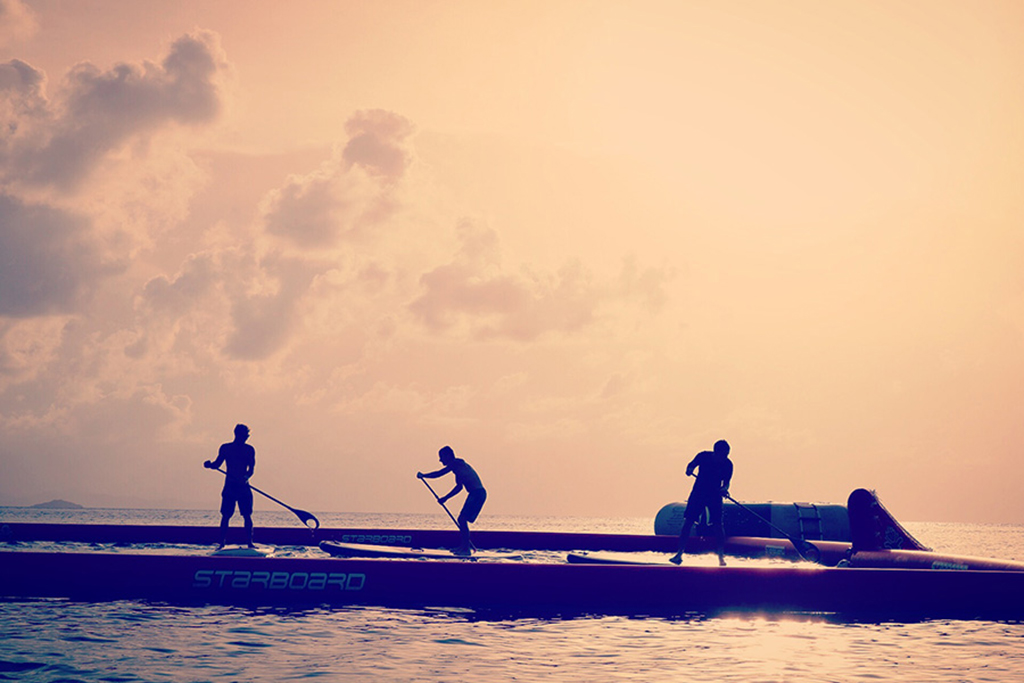 So, for the land-locked among us what are the rules of SUP water polo? Here is a quick breakdown to get you up to speed:

So, now that you are well versed in the rules of SUP water polo, come and give it a go! The water sports team are always looking for new opponents so come up and step-up, or should that be stand-up, to the challenge.