Working on a super yacht, you always have one or two places you really hope the yacht will visit: possibly the Galapagos, maybe Tahiti and most definitely the Monaco Grand Prix.

We had all hoped the yacht would get to the Grand Prix at some stage, but we never imagined we'd be there hosting a race Team! Lucky for us, 2010 was the year that Richard launched Virgin Racing, a dynamic team headed by drivers Timo Glock and Lucas di Grassi.

Monaco was the sixth race of the season, and it was so exciting to be involved with this new dynamic team. In true Virgin fashion, everyone working on the team was invited to party on Necker Belle which meant we got host all the engineers, the technicians, even the drivers on board one evening, which was a great night.

Much to our surprise and absolute delight, the Virgin Racing guys then took us to the Garage to show us around the intricacies of the car including letting us all climb inside it! Imagine that? Sitting in the stunning Virgin Racing formula 1 car, the night before it hit the track in MONACO! 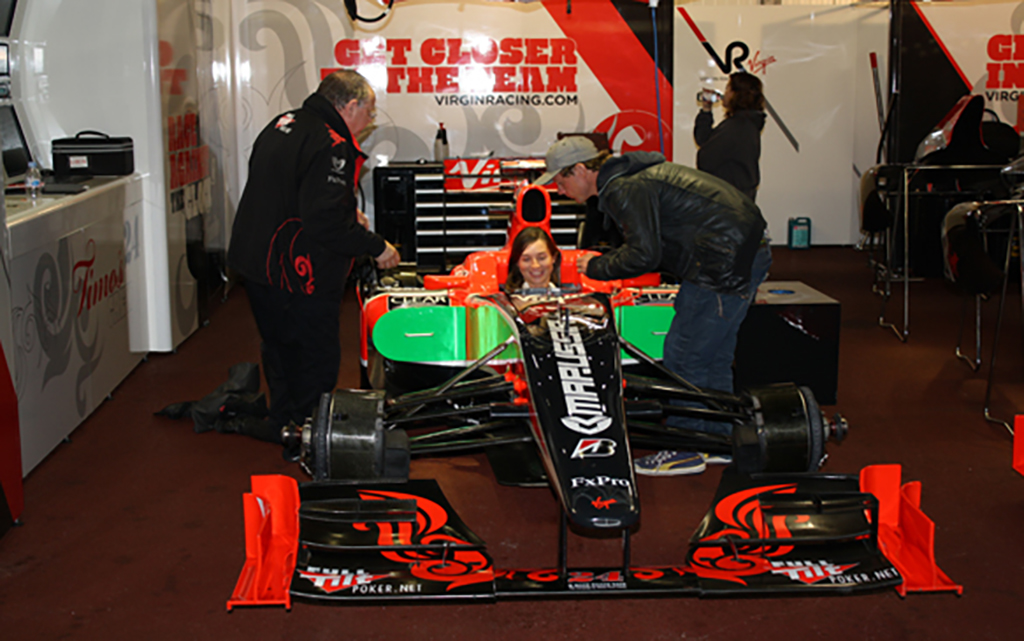 Life really couldn't get much better!

Grand Prix race week in Monaco is the ultimate, if ever you re considering chartering a yacht; this is the week to do so!