At sea with the Branson's & diving with hammerhead sharks

Last week, Necker Belle was put to her toughest test yet and I'm not talking weather conditions.

Last week, three generations of Bransons came on board for a week's holiday around the Galapagos Islands and she was an overwhelming success.

Despite Richard being involved in the major decisions, he was yet to see the finished product and his family hadn't seen her since she left three years ago.

And so their joy in seeing her so lovely quickly became our joy. The trials and tribulations of the refit were now all worthwhile.

Added to their thrill was the fact we were all together in the Galapagos, and wow what a place! 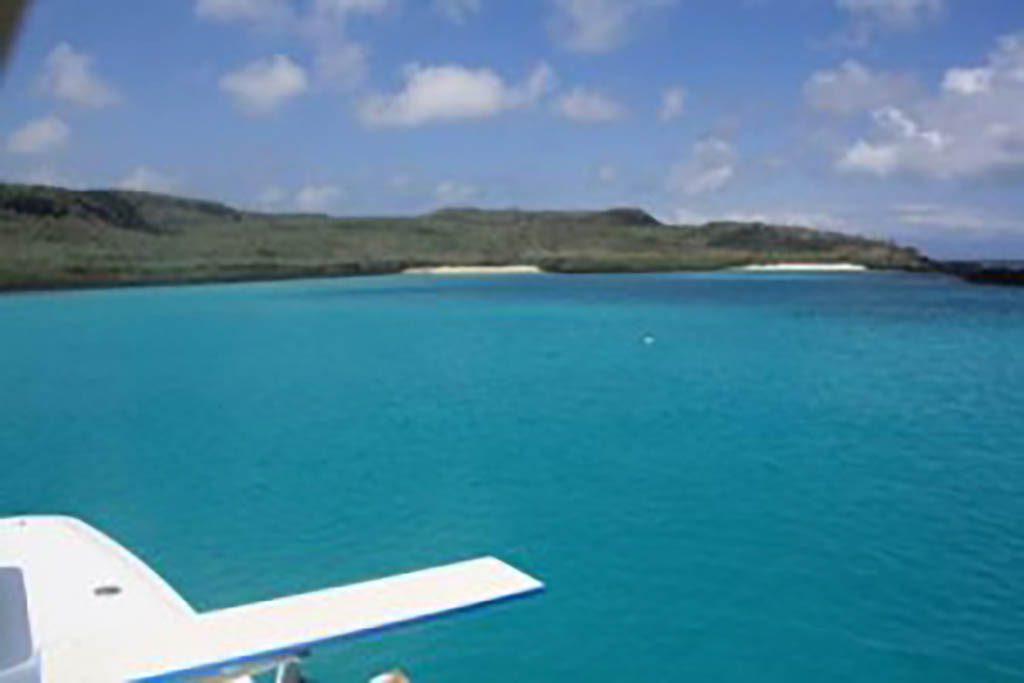 The Galapagos Islands are like a fantasy land run by sea lions. At first glance you'd be forgiven for thinking they own the boats and shops, as they are present in both. In fact, there are more sea lions getting around town than people!

When Matt and Finn were cleaning the hulls prior to the Bransons turning up, they were constantly interrupted by sea lions wanting to play and by play I mean the sea lions imitating what the boys were doing. It was very cute and quite surreal to have such intelligent interactions with them. We wondered if we'd all been at sea too long!

In the Galapagos, you can't go more than a few minutes without seeing curious and spectacular wildlife. Eagle rays, blue-footed boobies, marine iguanas, sea turtles and bird species too plentiful to number were always around, yet you never tired of seeing them.

For the divers though, the highlight of the trip wasdiving with a school of hammerhead sharks.

Whilst the sight of hammerhead sharks circling near the dive boat would normally keep most from diving in, we blessed with the presence of Rob Stewart, the filmmaker responsible for Shark Water'. Rob's film de-mystified sharks and the misnomer that they intend to hunt humans, so all were very happy to jump in and go and see these dynamic creatures in their own environment.

Whilst I might be biased, Necker Belle was the perfect way to see the Galapagos in style. The simple fact that everyone woke in a new destination each morning meant they were able to spend every waking minute diving, snorkelling and exploring the marvels that the islands offered.