If someone were to tell me I have now been at Kasbah Tamadot for four months I would not believe them at times I feel like I have been here for ten years, at other times, two minutes. So far, so good, so special.

I was in the right place at the right time when the position of GM became available for this beautiful property after jetting around the world to meet the head honchos and get necessary boxes ticked, I was finally in and settled in the High Atlas.

I arrived here with my fabulous fiance, Navin, and we have embarked on a challenging journey of learning French (to be followed by Arabic and Berber if my poor head can cram all that in!), getting to grips with the charming, gentle and warm Berber culture and once in a while negotiating the madness that is Marrakech. After five years in the tropics we have had some adjusting to do (requiring emergency shopping expeditions for sweaters, boots and hot water bottles) with the scuba diving ambitions firmly on the back seat and looking forward to trekking, riding mules and of course eating as much tagine as possible! 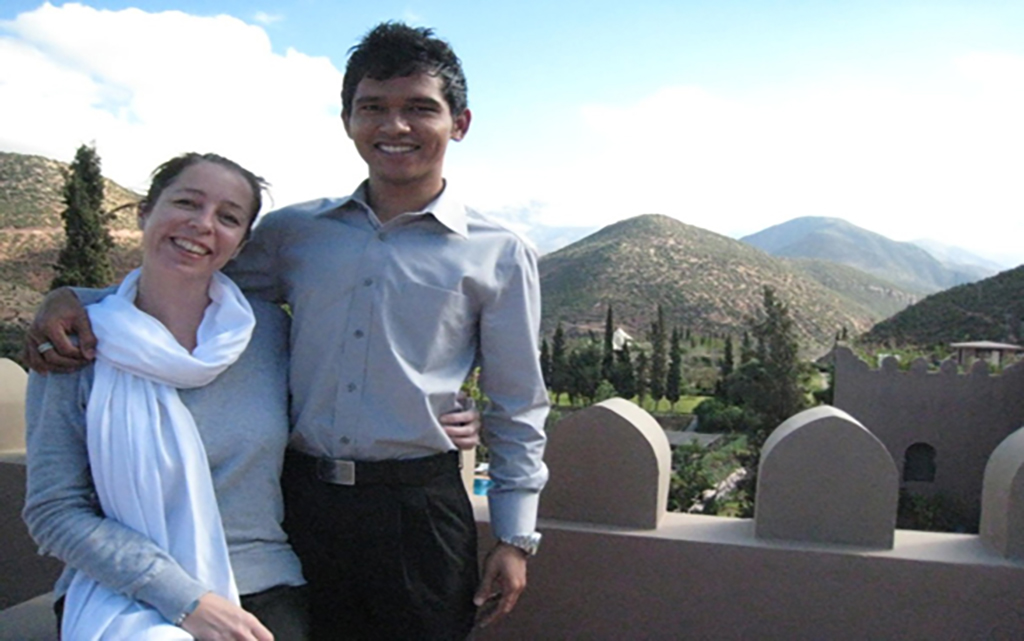 Kasbah Tamadot has enjoyed a wonderful peak season with great weather and fabulous guests. I was not prepared for the warmth of the team, the beauty of the mountains and the myriad simple pleasures that make life here so special. From watching the goats being herded up and down the mountain each day to avoiding Wild boar piglets (Boarlets?) on the road to Asni, each day has been surprising in a rather wonderful way.

Whilst the camels, donkeys (Plum our pregnant donkey is getting bigger but apparently is at least another 6 months away according to Mohammed) and Mules are blessedly unchanged and in good health, we do have news of another animal that seems to have adopted us. We have a gorgeous cream and tan cat who arrived one day and never left. He loves the guests and will sit outside your door should you be staying with us, waiting for you to come out and play. In bad weather he can be found chilling out in the library before being chased out by a French gentleman in a smart suit. Another small animal found its way into Kasbah one day, a small dog who ran full tilt into me one day in the lobby, proceeded to fall in the reflecting pool and look for safety under a sun lounger. When Navin pulled him out (there was a guest on the lounger) and declared him a stray I instantly fell for him and we took him home. That day a hurricane was causing havoc in the Caribbean and so we named him after it, Tomas.

I have been incredibly fortunate to have had Linda Cruse here working with the Eve Branson Foundation. Linda has worked miracles and realised the dream of opening the school and creche in Asni as well as getting the ambulance service in Imlil up and running, a vital service here in the mountains. Eve has visited twice in the last few months in addition to doing Rock the Kasbah in LA to raise funds for her various foundation projects. As always she managed to find time to visit her ladies in the craft house and of course her goats!

So here we are and almost upon the festive season. With the glorious sunshine during the day and snow on the mountains, this is certainly the place to be this Christmas. After the new year we will close for a couple of weeks to do about a million things, and re-open refreshed, revived and ready for anything 2011 will bring!