As Kasbah Tamadot was invaded by the next generation of astronauts, destined to fly with Virgin Galactic, we decided to undertake a venture a little closer to home, in what turned out to be a little more than we bargained for 26 cyclists from the Virgin Galactic group, who stayed with us in June, took part in a 50 Km off road adventure, taking us from high up in the Atlas Mountains, through Berber Villages, across a stunning mountain pass and right down to the remote village of Imsker, home of Eve Branson's latest project. 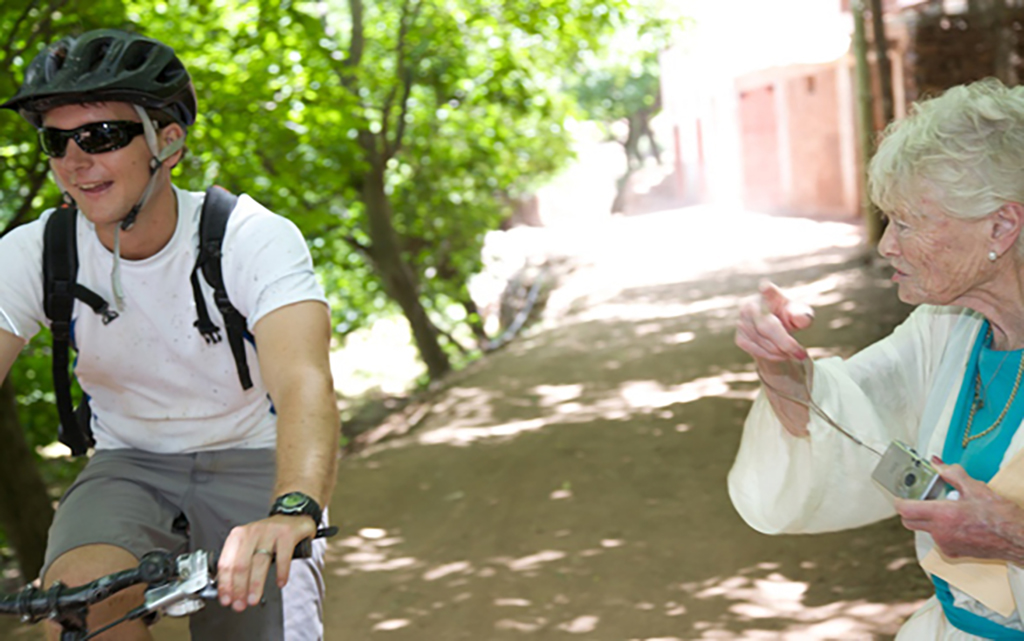 The Eve Branson Foundation is planning to replicate what we currently have in Tangshart (the village opposite Kasbah Tamadot), by building a new Craft House and Learning Centre to try to encourage local development and give people in the village an opportunity to learn new skills and eventually a new way to create an income.

Our aim was to raise money for this new project through generous donations of the people taking part in the cycle ride and we exceed all expectations in this regard.

After a twenty minute drive towards Imlil the 4x4s continued up a road, which would be tough even by Tour de France standards, to the top of the mountain pass where our equipment was waiting for us. Once we were kitted out with bikes, helmets and given a quick safety brief we were off; with road soon giving way to dirt track and steep edges we followed a windy route down the valley.

The ride took between four to five hours and at the end lay the reward of an incredible BBQ, laid on by the Kasbah team above you will see Head 'celebrity' Chef Lee Cowie and Food and Beverage Manager Romain Arnaud, at the site for the new Craft House.

Thanks to a lot of local support and the hard work of the Foundation, we had beautiful carpets laid out and a traditional Berber tent in which to enjoy our well deserved feast. Then followed the donations we ended up taking $19,500 USD for the Eve Branson Foundation as a result of the day which is a huge jump start to our fundraising programme, in fact 50% of the building costs!

A great day all round.

Thank-you to everyone involved, especially all the generous people who gave us their support.